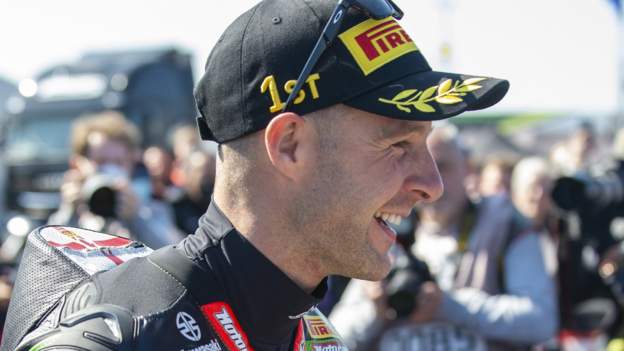 Six-time champion Rea rose from sixth place to secure a spot on the podium while Toprak Razgatlioglu finished second.

Razgatlioglu won the Superpole race earlier on Sunday ahead of Bautista and Rea.

Spanish rider Bautista is closing in on a maiden title with an 82-point lead at the top with just two rounds remaining.

Defending champion Razgatlioglu is second in the standings with Rea third and 98 points behind Bautista.

Rea was second when he left the track on lap two and rejoined the race in sixth place.

Bautista replaced Ducati teammate Michael Ruben Rinaldi on lap five and was pushed by Razgatlioglu before pulling away and winning by 3.38 seconds.

“I enjoyed the weekend but it was really hard work – I expected to be a lot better,” Rea told Eurosport.

“I had no grip. I’m frustrated, it was like survival, I was surviving there. We’ll have Indonesia in a couple of weeks – it’s a good track for me and I’m looking forward to it. be there.”