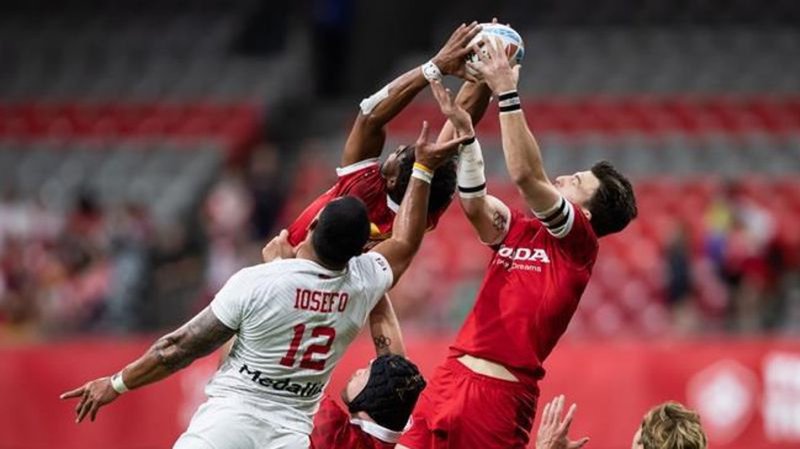 The 2021 campaign was ultimately reduced to two events, in Vancouver and Edmonton last month, with some teams missing due to pandemic-related travel and other restrictions. The women’s event was limited to four teams in both cities.

South Africa won both men’s events in Canada and the Canadians finished sixth in Vancouver and fourth in Edmonton. Great Britain won both so-called “Fast Four” women’s tournaments, while Canada finished third on both occasions.

Both Canadian teams were short of veterans, either because of retirement or players who took time off after the Tokyo Olympics where the men finished eighth and the women ninth.

The 2022 season will kick off behind closed doors November 26-27 with the Emirates Dubai Sevens. A second event from December 3-4 at the same location will feature fans in the stands of Sevens Stadium.

The World Series will then return to Europe as Spain hosts combined men’s and women’s events in Malaga and Seville on January 21-23 and 28-30, respectively. The Spanish events are temporarily replacing traditional stops in Sydney, Australia, and Hamilton, New Zealand, which currently cannot accommodate due to issues related to the pandemic.

The men’s competition then moves to North America with stops February 26-27 in Vancouver and March 5-6 in Los Angeles before moving to Asia where Hong Kong will host a combined men’s and women’s event from April 1-3. , followed by a male event. April 9-10 in Singapore.

After Hong Kong, the women will play from April 30 to May 1 in Langford before joining the men for a joint event in Toulouse where the champions of the women’s season will be crowned. The men’s season ends May 28-29 in London.

Rugby sevens will also be in the spotlight next year at the Commonwealth Games in Birmingham, England (July 29-31) and the Rugby Sevens World Cup in Cape Town (September 9-11).

Japan join the men’s World Series competition as the main team after being promoted to HSBC World Rugby Sevens Challenger Series champions in 2020.

Great Britain will compete in the first two rounds of the World Series in Dubai before returning to compete as national unions for the remainder of the 2022 campaign, with England, Scotland and Wales participating on the men’s side and England on the women’s side.

The New Zealand Black Ferns were champions in 2020.

With Great Britain taking part in the first two rounds of next season, a points system will be used “which promotes fairness for all competing teams, including those that make up Great Britain”, according to World Rugby. The system will also be used if teams have to miss events due to COVID-19.

This report by The Canadian Press was first published on October 12, 2021