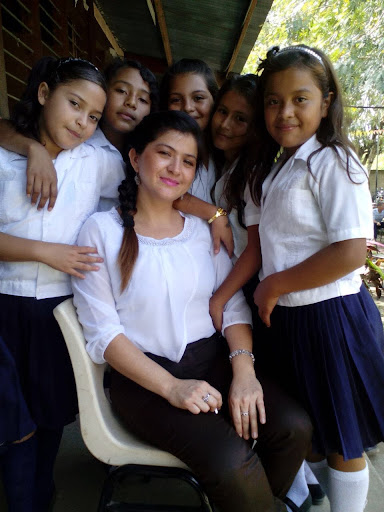 Editor’s Note: The Underground Workshop is a collaborative community of student journalists from across Vermont, led by a team of student editors from 10 high schools and colleges. The Workshop meets every other Thursday evening. Any student interested in publishing with VTDigger is welcome to attend, to present ideas, receive feedback for work, or just to listen.

Each school year, the Workshop hosts series by invitation, seeking to collect stories on common themes. This article is the first in a series of invitations titled International Vermonters, designed by one of the Atelier’s student editors, Rebecca Cunningham of Burlington High School. We invite students from across the state to contribute stories featuring immigrants and refugees living in Vermont. The intention is to help the residents of Vermont better understand their neighbors and ultimately build a community.

If you are a student interested in writing for this series, or would like to contribute in any other way, please contact Workshop Editor-in-Chief, Ben Heintz, at [email protected]

By Ella Bradley, U-32 High School

Every day Karla Perez wakes up and starts her English lessons. She connects to a Zoom with other Vermont adults looking to be fluent in English. She focuses on the conversation and pronunciation needed to navigate an English speaking job, to get back to her old life. Three years ago she was a teacher at a primary school 3,000 kilometers away in Olanchito Yoro, a small town in Honduras.

Karla works with four members of her family as a babysitter at the U-32 high school in East Montpellier. Its story is that of a family moving from the world they knew to another, while rebuilding their lives.

Karla’s childhood unfolded in an idyllic version of the small town of Honduras. Miguel, his father, was a farmer and grew corn with other vegetables. Karla and her four sisters had to help with the farm work and get up early with their mother, Reina, to cook for her father. Karla said that the most engraved thing on her Honduran mind is the landscape: rivers, vast valleys and mountains. “It was heaven.”

Every day Karla’s father, Miguel, would wake up at 2 a.m. and go to work on a friend’s cow farm. She saw him return at 2 in the afternoon, before the hottest part of the day, and continue to work on his own land, where he grew corn, beans, plantain and rice. It was backbreaking work, but their family was a strong unit.

Karla went to school and trained to be a teacher. She taught from grades 1 to 8, depending on the year. She often ended up paying, out of her own salary, for school uniforms and supplies for children unable to pay. She would also buy food for the starving children. Teaching was hard work – she once had a class of 60 sixth graders, but says she “really, really loved it.”

As Karla entered adulthood, she witnessed changes in Honduras. Due to climate change, droughts and storms are now commonplace in Honduras. In 2014, Antonio Perez, Karla’s uncle, was working on his small coffee farm when a hurricane hit and swept through his house, farm and entire village. Most of his belongings were gone, and the land was torn apart for months.

Poverty has also contributed to changes in the environment. Most people cannot afford a stove, so they cook with firewood, making wood a valuable commodity. “30 years ago there was a balance between flora and fauna,” Karla said. “The fauna, the rivers and the forest. There is almost no control over how these are maintained. ”

Honduras has also seen an increase in gang violence since growing up Karla. La Mara Salvatrucha (also known as MS 13), is a street gang that has its roots in the American prison system. According to the BBC, MS 13’s annual turnover is around $ 31.2 million, mostly coming from extortion and drugs.

“Unfortunately, in my lifetime I have seen violence and crime move from the big cities, where they used to be, to ‘el campo’, the rural areas as well,” said Karla. “The gangs make a lot of money and coming into the country was their way of growing their business.”

Once, a group of fellow teachers was returning by bus back to their villages when gang members stopped the bus and robbed everyone at gunpoint. A similar thing happened to his son when he was in elementary school, as he was driving home by bus. Karla said gang members would stand in front of banks and rob anyone who comes in or out.

Eventually, she saw families in her village start paying fees to avoid violence. Gangs make it difficult to find jobs because travel is dangerous and businesses are destroyed. Karla had a stable job as a teacher, but as her children grew older she began to think a lot more about their future as well.

Eighteen years ago, Karla’s sister Xiomara met a man who was on a service trip to her village. They fell in love and finally got married. Thanks to him, Xiomara had access to American citizenship. She was faced with the difficult decision to leave her home country. She decided it was the right thing to do, to escape violence and poverty.

Once Xiomara became a U.S. citizen, it allowed the rest of her family to come to the embassy and begin the process of becoming a U.S. citizen. Karla said the decision to move was tough, but it was the right thing to do.

“It’s hard to understand here [in Vermont], but it’s so common there to have to give up everything because of these threatening situations, ”she explained. “I would love to go back to Honduras with all my heart, but with my kids, no way.”

Karla’s parents, Miguel and Reina, who were in their 50s at the time, obtained tourist visas from the Tegucigalpa embassy and for eight years made the round trip, never staying more than six months. Then, 10 years ago, Reina was able to establish a residence with Xiomara. Miguel has been in Vermont for six years, while Karla and her children have been there for two.

When Xiomara moved to Vermont and Karla was still in Honduras, U-32 surveillance staff collected cans and bottles from the school’s recycling bins for Xiomara, who took them to a center. recovery. She returned the money to Karla, who used it to buy school supplies and food for her students.

Now most of the family work at U-32 as caretakers, as well as other cleaning and waitress jobs in the Montpellier area.

Chantal Boulanger is another goalie at U-32. She admires the diligence and strength of the family. “It’s an amazing family,” she said. “They come here, work their butts, smile and keep working.”

Adam French is a Spanish teacher and friend of Karla’s father, Miguel. They talk every day after school. “I think the decision to pick it up and leave it all in your sixties is so brave,” he said. “I wouldn’t be able to do that. Most of us wouldn’t.

Miguel helps clean the school, along with the rest of his family, from 3 p.m. to 11 p.m. Even with a mask, his smile shines. He says he knows people who had to cross Mexico by train or on foot to legally enter the United States. When he talks to them on the phone and they ask him how he’s doing, he always says “great”.

“The first time I came to Vermont with Reina, it was for two months,” he explained. “Other people, they could take two months to cross all the countries to get to Mexico. ”

Karla called their migration process “una experiencia bonita”, a great experience. “We didn’t have to suffer at all, unlike other people who are forced to come illegally,” she said. “I wasn’t going to go anywhere else. My sister was there. I love Vermont.

Yet they all miss Honduras. Xiomara is missed by friends, extended family and the richness of its surroundings, especially the vibrant colors of summer. “Behind our house we had a backyard with lots of fruit trees – mangoes, pineapples, oranges and papayas,” she said. “I miss things like fresh mango a lot. ”

Karla misses her job and finds it ironic that she is back to school, but in a different way. “I don’t feel bad about working here,” she said, “because I came here with an open mind, and I see it all as a rewarding experience, another step: una ‘otra etapa’. ”