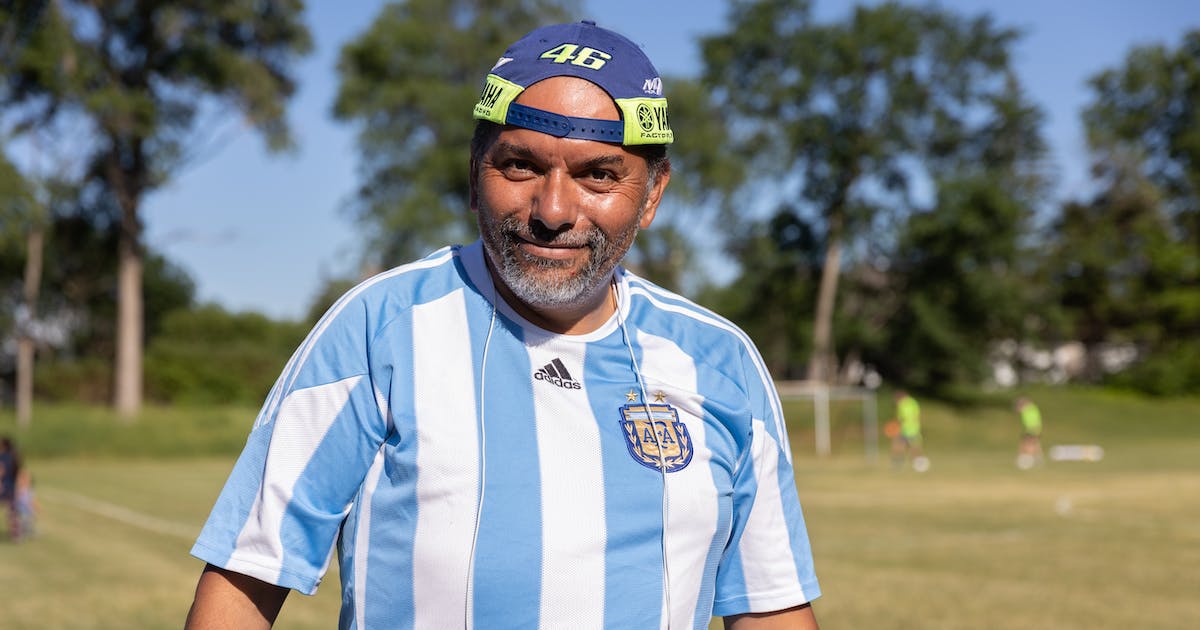 Growing up in Argentina, Gustavo Rosso played street football like almost every other kid. There were no barriers. It didn’t take any money or a parent to sign up or drop you off. It doesn’t even need special studs. All it took was a bullet.

But as a parent of football-age children in Minnesota, Rosso realized that a lot of kids here don’t have the opportunity to play like that. So he decided to do something about it. He successfully pioneered the idea of ​​a fee-free, barrier-free camp in different park systems. Recently, 25 kids showed up for the first Futbol Fan MN camp in Bloomington.

“In Minnesota, we are blessed with a diverse state where different minorities can feel welcome playing football,” Rosso said. “From African to Hmong to Asian communities and people from this country.”

Park programming costs money. There are T-shirts, field fees and coaches. But thanks to a Metropolitan Council grant program that began in 2019 to increase diversity and inclusion in parks, Rosso’s camp is just one of many free programs offered this summer in various park systems. of Minnesota.

Individual park systems apply for grants and implement the projects. In 2021, the Met Council approved just over $2 million in grants for 23 programs. Programs include a drowning prevention course in St. Paul, a ski lesson at Battle Creek Regional Park, and a project to create more welcoming ways to access the Eloise Wildflower Garden and Bird Sanctuary. Butler by Theodore Wirth.

The grants coincide with more park systems using their own money to fund full-time staff who work in equity. Most of the 10 parks departments associated with the Met Council, including the Minneapolis and St. Paul parks systems, employ a full-time equity specialist. Some smaller departments share this position with their municipal councils.

Raising awareness of diversity and equity is a big job: Three out of four visitors to state and national parks are white, according to the Pew Charitable Trusts. A survey by the National Recreation and Parks Association showed that the biggest barrier to inclusivity is funding, followed by staffing. Met Council research in 2019 showed that investing in staff development and hiring diverse employees helps young people gain more equitable access to parks.

In 2015, the District of Three Rivers Park hired Amanda Fong as a Community Engagement Supervisor to focus on increasing diversity and inclusion among its visitors. She became one of the first people in Minnesota hired for such a position.

In her seven years of work, Fong has noticed that there is a greater awareness of fairness in the outdoors.

“Outdoor and natural spaces have not been spaces where everyone has felt welcome,” she said. “There have been policies that have excluded people, and now there is a lot more interest in working to change that.”

Last month, May Yang-Lee became the first person hired as Parks Equity Program Coordinator in Washington County. She is already realizing the impact of her work. She connected people with interpretive services in Spanish, understood that the free park pass program could reach more people if translated, and saw children and adults from underprivileged communities. depicted paddling and biking for the first time.

While the group shares best practices and resources, it also recognizes that much of its work is unique to its region and clientele.

“It’s specific to specific communities,” Lovelee said. “You have to listen and try not to symbolize a certain person. A Hmong person in St. Paul may not have the same needs as a person in Washington County. So it’s important that [each parks system is] working with the community for what that community wants and needs.”

The Met Council conducted research in 2019 with 85 young participants aged 12-20, 43 parents and guardians and leaders of youth organizations. Researchers have found that highly trained staff can reduce barriers and make parks more welcoming and accessible.

The Met Council’s youth research results also sparked its grant-in-action programme, which is committed to removing barriers at the metropolitan parks it works with.

For Futbol Fan MN Camp, breaking down barriers means not charging a participation fee, allowing registration on the day of camp, simplifying registration, and holding camp after hours. Healthy snacks and water are also provided, and Spanish is spoken at camp.

“Our original idea is for children to be proud of who they are, to give them the opportunity to learn and practice the sport without worrying about anything,” Rosso said. “Life can be full of obligations as an adult and as a child you have a bit more freedom.”

But Rosso also discovered unexpected benefits. Non-native Spanish speakers who attend his camp want to learn the language. Parents eventually talk to each other and form a community. Kids learn park etiquette, like recycling their water bottles.

An end of summer party is planned for the Rosso camp, with food from different cultures. The place? One of Bloomington’s state parks, where they hope everyone will feel welcome.

This story comes from Sahan Diary, a nonprofit newsroom dedicated to covering Minnesota’s immigrants and communities of color. Subscribe to his free newsletter to receive stories in your inbox.