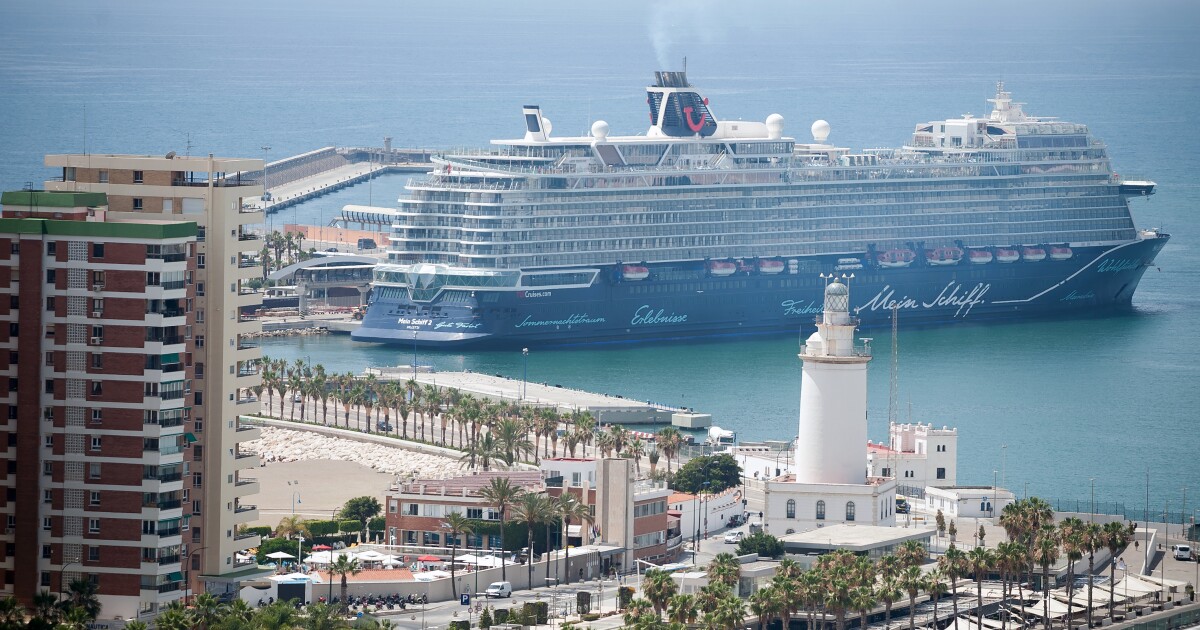 On a hot morning this week, Florencia Frangi was barely awake when she saw her phone light up with messages: the first cruise ship to dock in mainland Spain in over a year had entered the port of Malaga. She cried in relief.

Frangi was not alone. In tourism-dependent Spanish towns like this historic center of the country’s Mediterranean Costa del Sol, the streets are once again filling with the summery scents of churros, chocolate and fried fish, now mingled with the buzz of foreign languages.

Across Europe, the long-awaited reopening to tourism is happening piecemeal but at an accelerated pace. The European Union took a big step forward on Friday by formally recommending that its 27 member states lift the ban on non-essential travel from the United States, paving the way for safeguarding summer tourism.

Under the EU’s new non-binding measures, it is up to each country to decide on visitor regulations, and Germany quickly said it would allow Americans to enter if they are vaccinated or if they are. tested negative for the coronavirus. Southern European countries like Spain are at the forefront of advocating maximum mobility, despite the risks of rekindling the contagion of coronaviruses and quarrels over the type of vaccine certification to be adopted.

In Malaga, Frangi, a young mother who emigrated from Argentina five years ago, had grown desperate as the pandemic raged and her adopted city closed. Before the virus hit, she managed to support herself and her 4-year-old daughter by selling a few dozen souvenir paper fans for 10 euros a day outside the Renaissance-style cathedral in the city.

In a recent dark stretch, however, she’s only sold one fan – which she and her partner hand decorate with iconic images of Malaga-born artist Pablo Picasso – in an entire week. When the family had nothing but pasta in the cupboard, Frangi reluctantly had to ask his parents for help in Argentina.

As Europe opens its doors, guests and visitors alike face a patchwork of rules. For Spain, Britain is usually the main source of tourists, but the country is still blacklisted by the UK. The Germans, however, have been given the green light to travel to Spain and other EU countries – which explains the arrival on Tuesday of the ship Mein Schiff 2, operated by German tourism giant TUI.

When the ship docked shortly after dawn, the news quickly passed through Malaga, a city of just over half a million inhabitants, via reports on radio and television, on Instagram and in of texts, by word of mouth excited.

Frangi wasted no time. She spread her display of ornamental fans on the floor of Santa Maria Street, in the shadow of the cathedral, selling five in less than an hour.

But in the midst of the mirth, there is a risk. Especially with new virus variants in circulation, reopening carries risks of infection, especially for young Spaniards working in the hospitality and tourism industry.

A few feet from the cathedral, in a 19th-century bar that claims to be the city’s oldest, waiter David Zayas enthusiastically jostled each other, serving wine and beer to a crowd of German cruise ship passengers.

â€œSeeing tourists gives us hope,â€ he said. But he admitted that other than the bar owner, none of the staff had yet been vaccinated as vaccines for people in his age group – 30 to 39 – had just started.

Some tourism workers were fatalistic. â€œSocial distance, masks and prayers to the Virgin so that we don’t get infected, that’s all we have,â€ said CÃ¡ndida GÃ³mez PÃ©rez, 33, co-owner of a tourism business.

The president of the port authority of Malaga, Carlos Rubio, speaking on public radio, deplored “15 months of empty on our docks, 15 months of waiting”. Before the pandemic, in 2019, Spain welcomed more than 80 million tourists, and the cruise industry alone contributed more than $ 3.4 billion to Spain’s GDP, according to Cruise Lines International. Assn.

Spain has been one of the countries hardest hit in the world by the pandemic, with more than 80,000 deaths and 3.7 million infections. Although cases have declined in recent weeks, only 27% of the country’s population is fully immune.

COVID-19 has also worsened an already grim employment situation in Spain, which leads the EU in youth unemployment. One in four young people in Spain found themselves unemployed in 2020, and almost 40% are still unemployed.

Elsewhere in Europe, some people remain more comfortable staying close to home, even as restrictions are loosening.

About half of Germany’s population is now at least partially vaccinated, and cafes, restaurants, hotels and cinemas are gradually reopening. Germans can travel elsewhere in Europe if they wish, but many prefer national getaways like Sylt, Germany’s largest island in the North Sea.

â€œOvernight we were full for the whole summer,â€ said Simone Carmen Tenta, acting manager of a classic hotel on the island that dates back to the 1890s.

By pushing for more tourist mobility, Spain is arguing for a universal framework such as vaccination certificates, already in operation in various parts of Europe. But there is a recognition of the sensitivity of the subject, especially for Americans.

“We don’t call it a passport because the passport seems to give or take away rights,” said Manuel MuÃ±iz, a senior foreign ministry official. He described the certification as intended to supplement the testing requirements.

Among the recent arrivals in Malaga was Patricia Espinoza, a Spanish teacher from North Carolina who had a group of students in tow. She said her compatriots were tired of not being able to travel, especially to Europe, the United States’ favorite tourist destination for a long time.

â€œWe Americans are ready,â€ she said.

Special Envoy Erik Kirschbaum in Berlin and Editor Laura King in Washington contributed to this report.