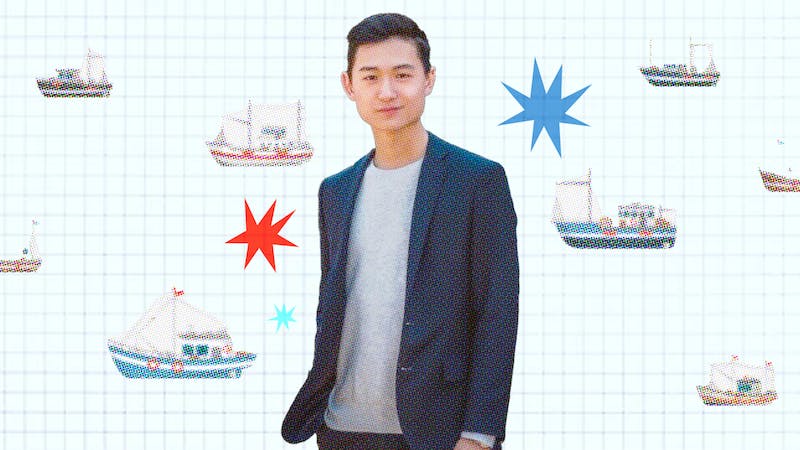 To Alaska and beyond | 34th Street Magazine

For James Chang (C ’22, Law ’26), an English literature major and enthusiast, there probably aren’t many things that are “hard to define.” A graduate of both the Creative Writing Concentration and the College’s PPE major, he’s pretty much a wordsmith extraordinaire. When it comes to describing the former Penn Review editor, however, I struggle to sum up the James Chang I just met. In conversation, he is extremely articulate, soft-spoken and thoughtful, perhaps because he cut his teeth in the notoriously intense debating circuit of New York prep school.

At Penn, James double majored in English and PPE, interned at the Department of Justice with the Penn program in Washington, and participated in sociological research on what laughter says about us as beings. humans according to Freud and field research in South America. Now he’s well on his way (after a year off) to becoming a Carey-Law Juris Doctor. Despite all his accomplishments in various fields, it makes sense that he would be happy to have also studied PPE “because it gave [him] a very broad understanding of philosophy, sociology, politics and economics, but English is [his] true love all the way back.

At Penn, James found a community not only in the English department itself, but also in his beloved Kelly Writers House, the campus literati center. “Having a little private center for creative writers is something that I really enjoyed, because I was really into creative writing. I was really into it, I did my literary diary at my school, so Penn’s Kelly Writers House program really appealed to me. [in],” he explains. The first club he joined on campus was the Penn Review, an all-student-run literary magazine that publishes three annual issues of poetry, fiction, and art. After rising through the ranks, he was eventually named editor in his senior year.

With a constantly rotating staff, the magazine’s culture often changes, and once James had the chance to put his stamp on the Penn Review, he did so with zeal. “I was really focused on making the magazine an inclusive place for freshmen and future sophomores, especially after this COVID year, so we focused a lot on membership,” says- he. “We focused on organisation, and… the club got a bit closer after that.”

James’ passion for equity and inclusion took on new meaning in 2020, when he traveled to Washington for a semester with the Penn in Washington program. He interned at the Justice Department in the Civil Rights Division, monitoring the Super Tuesday election in Harris County. Working with a county notorious for its discrimination in voter accessibility prompted him to continue to seek positions in this area. “I also did an internship at [Equal Employment Opportunity Commission], which listens to calls from people who believe they have been racially and sexually harassed,” he says. “It cemented my desire to apply to law school. I liked this area and having the vocabulary to deal with these issues.

Now, with a law school acceptance in the bag, James is taking a year to wander around and look into new experiences before returning to Philadelphia for another three years. If there is a lot to be said about all this consummate “doing” that school, clubs and work give birth to in us, nothing can make us forget the richness of the adventure to be lived by opening up to the outside world. .

That spirit led James to alaskajobfinder.com and led two-month whale watching tours off an Alaskan island.

You read correctly. If you were one of the lucky ones who sailed Alaskan waters last summer, chances are you had future attorney James Chang as your attendant. When asked “Why Alaska?” the first of a host of questions hoping to get to the bottom of what got James to this point, he responds with a simple “Why not?” »

This takes care of all the follow-up questions: why not, indeed? Of course, he could discuss in more detail why he would be inclined to become an Alaskan seaman, leaving behind the familiar world of the East Coast comfort class to live in a three-way shipping container. hours from the mainland (by boat) with an ex-criminal, and why he would stay after three workers broke their bones and one had to be airlifted to Juneau. But the better question, and perhaps the only answer, is “Why not?”

James lived on an island of less than a thousand people, immersed in the legendary and awe-inspiring culture of the native Tlingit tribe and the inner and outer contours of Alaskan whales. “It was something I just wanted to get into and see if I could survive. The air is so pure and totally untouched there, so that’s something I’m really going to miss – how untouched everything was. Admittedly, it seems like the experience was a breath of fresh air in every way.

James hopes to continue his travels and explore Japan, a full 180° from the remote shores of Alaska but an adventure nonetheless. Ultimately, James is best described through his travels, whether he travels back in time to analyze modernist literature, across the country to observe the functions of democracy from a new perspective, or across the table at the Kelly Writers House to experience the artistic musings of countless writers of all ages.

Traveling in any direction allows the writer to lose themselves entirely in a world of their own creation, just as creative writing – James’s first love – does. It’s all out there, dozens of people we’ve never met, cultures we’ve never known, oceans we’ve never seen, just beyond the force field bubbles of our comfort zones and our safe spaces.

If James’ exploration has taught us anything, the only question to ask is, “Why not?”