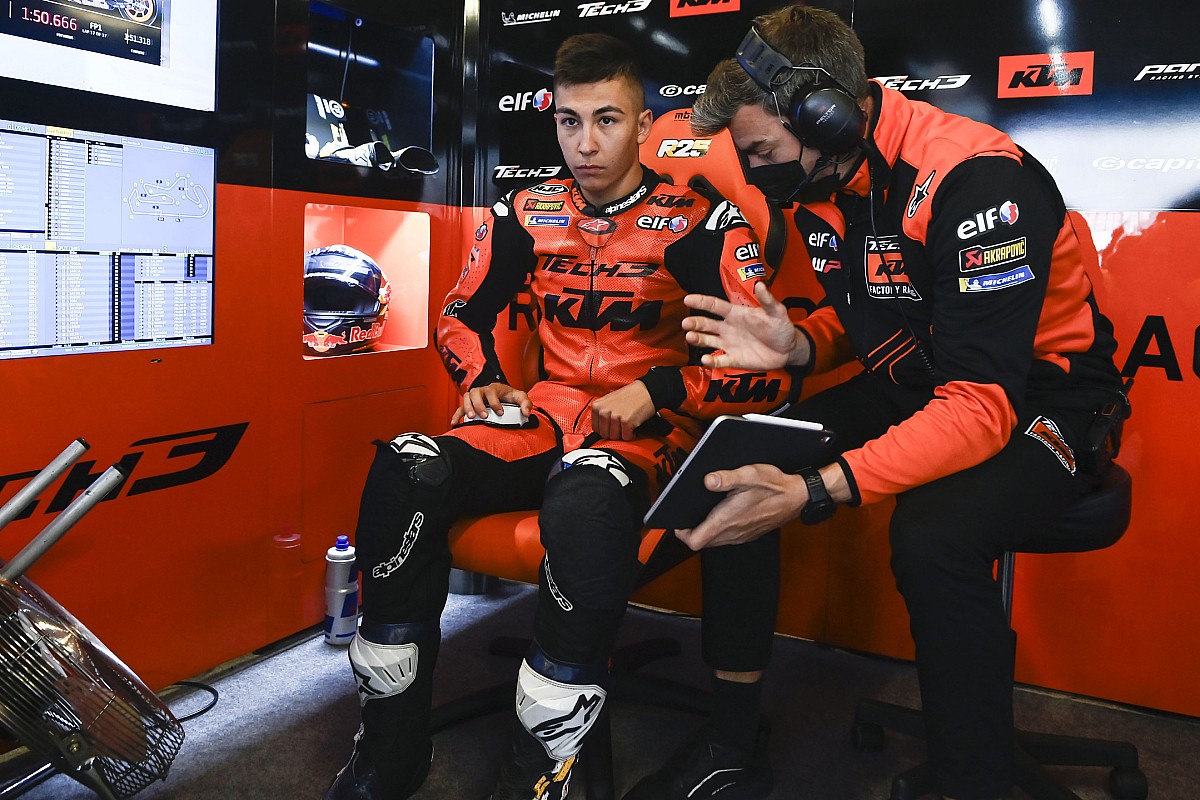 Fernandez, runner-up in Moto2 last year, had a tough start to his rookie campaign with KTM and Tech3 in MotoGP.

The young Spaniard didn’t score any points, his best result being a 16th in Argentina, while his best qualifying was a 20th.

His year has gone from bad to worse at Portimao, with Tech3 announcing he will not start today’s 25-lap fifth round of the 2022 campaign.

Fernandez was one of several drivers to crash during wet-to-dry Q1 at Portimao, with the Tech3 driver hitting his hand heavily in the spill and requiring checks at the medical centre.

Although he had no broken bones, he was ruled out of the race due to excessive pain in his right hand.

A brief statement from Tech3 read: “Following his crash during Q1 yesterday, Raul Fernandez went to the medical center for further examination after experiencing pain in his right hand.

“This morning the decision was made not to race at the Portuguese GP, even though nothing is broken.

The next round of MotoGP will take place in just seven days at the Spanish Grand Prix.

Ducati’s Bagnaia cleared to race after heavy crash in Q1

Photo by: Gold and Goose/Motorsport Images

In more positive news, Ducati confirmed this morning that Francesco Bagnaia will race today after his heavy crash in qualifying.

The 2022 Algarve GP winner at Portimao was thrown from his Ducati at the start of Q1 when he went early on the slicks while the track was still wet in spots.

Bagnaia appeared to hit his shoulder heavily and was taken to a local hospital for checks, but escaped injury.

He will start Sunday’s race from the back of the grid after failing to complete a lap in qualifying.

“Pecco Bagnaia has been declared fit to race,” reads a brief statement from Ducati.

“He had a good night’s sleep and although he is still feeling a little pain, he is ready to join the riders on the track for the warm-up and the race.”

Reigning world champion Fabio Quartararo led the warm-up session for Yamaha, while Bagnaia was 12th on his return.

Jorge Martin de Pramac, who will start from 13th place, crashed at turn 15.