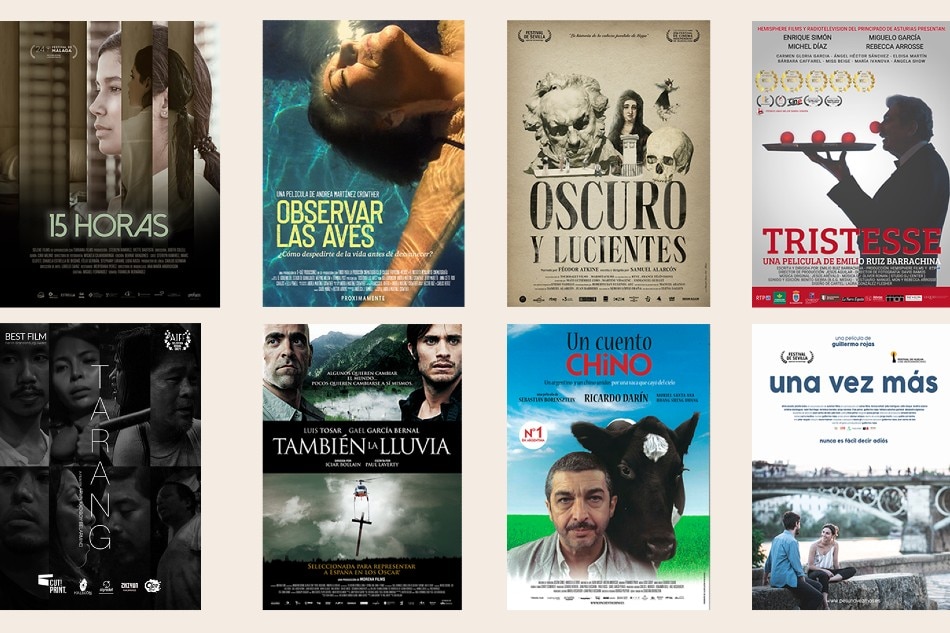 Cruz and Arcilla won the prestigious Volpi Cup – her for “Parallel Mothers” by Pedro Almodovar, while he for “On the Job: The Missing 8” by Erik Matti.

Cruz’s name was mentioned because of the Spanish film festival “Pelicula”, which is now in its 20th year in the Philippines. For the second year in a row, the film festival is presented online.

The Philippine edition even received a special iteration in its title, featuring “Pelikula” (note the spelling with a “k”) for Filipinos. This time, however, the festival extends to Thailand, Australia and for the first time, Malaysia.

The festival was created for the Philippines 20 years ago. Every year, audiences enjoyed watching Spanish films, with English subtitles in theaters. For its 20th online edition, “Pelicula” will broadcast 16 feature films and four short films free of charge.

“This online edition has given us the opportunity to broaden the scope of the festival,” Javier Galvan, executive director of the Instituto Cervantes, told ABS-CBN News. “Our mission is to promote the Spanish language and culture around the world.”

Galvan described Diño as a “very important partner” who works in close collaboration with the Instituto Cervantes in all matters relating to cinema. “It is a very fruitful cooperation over the years that will continue indefinitely,” said Galvan.

As the head of the country’s national film agency, Diño considers it an “honor” to be the proud partner of “Pelicula, Pelikula” every year. “It has always been an honor for us to participate in the activities that the festival creates to bring together this bond between the Philippines and Spain,” said Diño.

“Now that we move towards globalization, we see a new generation of very inspired filmmakers collaborating not only with their local partners, but also with their international partners.

“I hope that we can take this opportunity to be more determined to bring together Spanish producers and Filipino producers, even Thai producers, to have this multilateral cooperation in the creation of films that will travel and be seen not only in our countries. respective, but worldwide. “

Diño also discussed a possible co-production between Spain and the Philippines for a film in the near future, with the winners of the Volpi Cup, Cruz and Arcilla.

“It may be something that we can aspire and create, since Penelope Cruz and John Arcilla are the winners of the Venice Film Festival,” Diño said.

Meanwhile, the Spanish Ambassador to the Philippines, Jorge Moragas, said that “Pelicula: has grown from year to year” and has become a point of reference as the most important Spanish film festival in South Asia. South East.

“Due to the unprecedented circumstances brought about by the pandemic and the overwhelming warm welcome from last year’s online edition of ‘Pelicula’, we are returning in the same format.

“We will continue to have a regional dimension as our embassies in Australia, Malaysia and Thailand will participate in a joint effort with us. “

To celebrate the 20th edition of “Pelicula”, the festival will present 11 films in the official section, four short films and five other films in the audience selection category, for a total of 20 films. Each film will be available for viewing online for 24 hours.

“October is a special month for all of us Spaniards as we celebrate our national day on October 12,” said Moragas. “We’re going to be celebrating it with different online events and ‘Pelicula’ is one of them.

“In these difficult times and in our fight against COVID, we believe that culture and cinema are important tools against the isolation and sometimes, alienation, that the pandemic has brought to many of us.

The festival opens on October 1 is “El Cover” (2021), a musical that marks the directorial debut of actor Secun de la Rosa.

Classic films are not part of the festival, although they are screened throughout the year. Only films produced in the past two or three years will air as scheduled for 48 hours, according to Galvan.

Of the 11 new films to be released, an ‘Audience Choice’ will be awarded, so viewers online are invited to vote for their favorite film to be this year’s winner. The highest rated film will receive this year’s award.

Young filmmaker Guillermo Rojas, who directed “Una Vez Mas”, is very happy to see his film screened for the first time in South East Asia. “It is a great honor to be a part of ‘Pelicula’ and I am very, very excited,” said Rojas from Seville, Spain.

“Presenting our films in a festival like ‘Pelicula’ is an opportunity to see how we live in Spain and how we see reality,” said Rojas. “My film is about young people who need to go abroad in search of a job. It is very important to know this kind of reality.

Rojas is also the producer of the documentaries “Antonio Machado” and “Los Dias Azules”.

Test regimes around the world, compared

Opinion: Everyone should be municipal commissioner, at least once | New