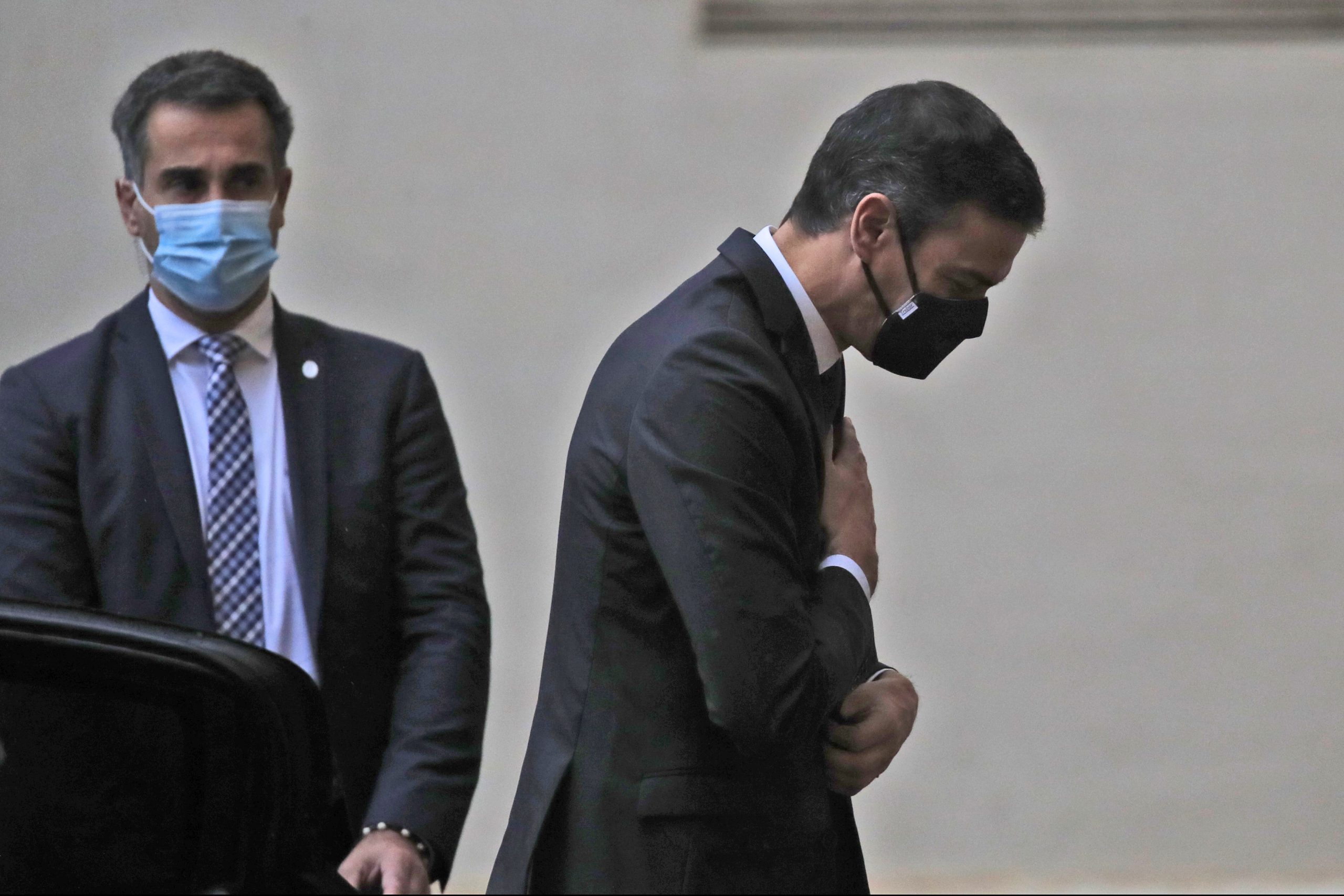 After Spain’s bishops’ conference (CEE) refused to launch an independent commission to look into historic cases of clerical abuse, the government gave the green light to Congress to launch its own commission.

Spain’s leftist government, led by Prime Minister Pedro Sanchez, has decided to take an active role in investigating cases of child abuse within the Catholic Church. The decision comes a few days after a request made by the allies of this coalition government, including Unidas Podemos, to Congress to create the body.

Meanwhile, the public prosecutor’s office – headed by former socialist minister Dolores Delgado – has initiated its own proceedings. The 17 main prosecutors of all the autonomous communities of Spain have been asked to transmit within 10 days all the complaints and prosecutions in progress for sexual assaults and abuse of minors within any religious institution.

Government spokeswoman Isabel Rodríguez told a press conference on Tuesday that “the government is on the side of the victims and we want an investigation.”

She also said that they are still considering the “most appropriate mechanism”, which allows “to clarify the facts and help the victims in their pain”.

A final vote on the proposal is not expected until February 17. However, local media are widely reporting that the proposal will pass.

In 2018, a similar initiative was presented to Congress, but it failed to gain support. At the time, socialists maintained that it was not for the government “to make these kinds of demands. If there is news of the possible commission of a crime, it should be brought to the attention of the public prosecutor, and not produced in a report.

The Spanish bishops declined to launch the survey – which was commissioned by other national bishops’ conferences, such as Portugal, France and Germany – on the grounds that each diocese in the country is already compiling this information.

Additionally, some bishops have argued that collecting all the data in one report instead of actually investigating the allegations does not help victims. What they propose, instead, is to focus attention and resources on listening to and accompanying victims, inviting them to report their allegations either to the Church or to civil authorities.

The Left People’s Party voted against the Commission when the proposal was debated on Tuesday because it wanted to broaden the scope of the study to examine cases of child sexual abuse that may have occurred in other contexts , including public schools.

According to the Center for Decease Control, one in four girls and one in thirteen boys experience child sexual abuse before they turn 18, and in 91% of cases the abuser is known to the child. child or family, with approximately 60% of cases occurring within the family.

The government commission’s request comes after an investigation by El País, a left-leaning, government-aligned national newspaper. Their report was delivered to Pope Francis in December. According to the newspaper, the investigation is “unprecedented” for the Church in Spain. It includes allegations of child sexual abuse made against 251 clergy and some lay people in religious institutions. The investigation was opened in October 2018.

At least nine dioceses, and most of the religious orders named in the report, have asked the newspaper for help in contacting survivors who are willing to bring the allegations to authorities.

Sources said Node that one of the reasons the bishops have refused to do a historical investigation is that they are convinced that the government, through the newspaper, has targeted them and that launching a commission would be “backing down”.

Other prelates, however, maintain that they have followed suit with every request made by the Holy See. They claim that during their ad limina visits to Rome – between December and January – Pope Francis, the Vatican Congregation for the Doctrine of the Faith and the Congregation for Bishops expressed their satisfaction with the measures taken to investigate the allegations, accompany the victims and prevent abuses.

“It is true that the Church in Spain has made mistakes,” said a source within the episcopal conference. Node. “But going from ‘we didn’t do everything right’ to accusing us of ‘did absolutely nothing’ is outright a lie.”

The bishops’ conference has not released a statement on the proposed commission, and only one bishop — Luis Argüello, CEE general secretary and Valladolid auxiliary — has spoken about it.

During an interview with Vatican Media following the ad limina visit, he expressed concern about the proposal.

“We are also seeing a use of this situation: media use, political use in the last few hours and that worries us,” Argüello said. “Not only because it affects the life of the Church and without addressing the problem of abuse in society as a whole. Above all, because it seems particularly painful to us that the situation of the victims can be used as a political dispute, in the confrontation of Parliament or Spanish social and political life.

Spaniard Yago De la Cierva, a lay member of Opus Dei who was part of the consulting team for the 2019 Vatican summit on clerical abuse, said Node that the situation in Spain is special because it was a newspaper, and not the bishops, which took the initiative to do what the Holy See asked at the end of this meeting.

“The Vatican has said it should be the bishops who investigate and take the lead on this issue, because no one is more interested in ensuring safe spaces in church settings,” he said. “Hence the paradox of the situation: a left-wing newspaper, and a socialist-communist government, are more interested in carrying out an investigation than the bishops’ conference.”

“It’s not that the bishops are doing everything wrong. We just don’t know what they are doing,” he added.

This, according to De la Cierva, has left the lay faithful in a “worrying situation of abandonment”, given on the one hand the aggressiveness of the El Paísand on the other hand, no response from the bishops.

“These issues are impossible to avoid in the public square, and the less outspoken the bishops are in addressing this social scourge, the worse it will be,” he said.

Moreover, if they are not responsible for cleaning their own house, they will have no credibility to solve the problem in the society in general.

Since every country is different, he said, the regulations of the Holy See are applied differently. But following the summit of the presidents of the episcopal conferences in Rome, the Holy See asked the prelates to investigate the allegations of abuse, seek out survivors and make reparations. If the Spanish bishops can guarantee that this is happening at the diocesan level, “perhaps there is no need for a national level investigation”.

“But public opinion is not divided by diocese, and it is very difficult for each diocese to do the same thing, with the same spirit, the same methodology and the same dedication, as the neighboring diocese,” said De the Cerva. “For this reason, Episcopal Conferences around the world have decided to provide a service to particular dioceses so that there is systematization.”

Still, he said Spanish bishops are very jealous of their dioceses and doubt the episcopal conference can do better.

De la Cierva said he fears this means the Spanish Church is being left behind in tackling abuse in a systematic way.

“There is no injustice worse than comparative injustice. It makes no sense to treat someone abused in Madrid worse than someone from Huelva or someone abused by a Marist. Because neither the faithful nor society accept this difference,” he said.

Need help during the coronavirus crisis? Emergency Loans Available – Here’s Where You Can Get One