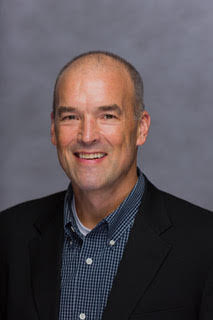 He said one of his first priorities at Seattle University would be to expand the family business exchange program. Another opportunity will be to set up a competition to retain entrepreneurs during the summer months. And its overriding mission is to integrate students from non-business majors into its entrepreneurship center.

“As we expand these programs, we’re going to produce a lot more startups and serve them to the Seattle community,” Rowan said.

Rowan began his career in Seattle, serving as Corporate Vice President of New Ventures at Coinstar. During his time with the company, he helped lead more than 20 acquisitions. Its most notable came in 2005 with Redbox, which helped Coinstar grow from $150 million in revenue to nearly $1.5 billion when it left in 2010.

We caught up with him to talk about his new role, how he plans to grow entrepreneurial programs, and what it all means for Seattle’s startup community. Conversation has been edited for brevity and clarity.

GeekWire: Thanks for chatting with us, Peter. How did you find out about working at SU?

Mountain ash: I don’t remember exactly, but I remember telling my wife that there were only two jobs in Seattle that would make me move out and give up the great job I had at the Pacific Asian Center for Entrepreneurship from Shidler College of Business. One is currently staffed by a great person who I knew wasn’t going anywhere and the other was running the IEC in Albers – and someone was going to get that job and that would be it. No more work for me in Seattle.

What specifically did you do at Coinstar?

Mountain ash: I was vice president of new ventures at Coinstar, the parent company of Redbox. My job at Coinstar was to organize and execute our diversification and growth strategy. Among other things, I led our initial investments in the DVD kiosk space, including creating the joint venture with McDonalds called Redbox, and then acquiring their half of Redbox from McDonalds a few years later. It was a very exciting project and a period of immense growth for us.

Can you cite some specific examples where you have helped a startup?

Mountain ash: I’ve been working with startups since I started my first company in high school. I’ve helped start many software companies, a sonar company, a few information technology companies, an eco-packaging company, among others. I have also been investing in startups for some time with mixed results. I like working with companies that I understand – most of them I don’t – and with entrepreneurs who are never going to give up, because it will be very difficult no matter what.

I love working with student entrepreneurs because they may not succeed the first time, but you can give them the tools to persevere and try again. Many of my students are in their second or third company, and they are the ones who will do it.

What have you accomplished so far this year?

Mountain ash: It was a learning year for me. It has not been a year of huge accomplishments. I’m learning to be practical and figure out where the holes are and where the opportunities for growth are. I understood some of these growth opportunities.

What are these growth opportunities?

Mountain ash: There are two areas that I am delighted to develop. Both are directly related to something we did in Hawaii.

I am thrilled to create this program for Seattle University because there is a rich history of family businesses and small and medium businesses in the Seattle area. It’s one of the projects I’ve been working very hard on and I’m very excited about it. I think that’s a real differentiator for us.

The next opportunity is that our summer quarter is a pretty dead quarter. And so there’s this gap where they have this momentum with their student entrepreneurship and then they have to give it up to go chase the pressures of the real world. We are going to launch a sort of virtual accelerator this summer. Students wouldn’t have to give up on their dream to get a summer job. They could, if they complete successfully, earn an allowance. Also, at the end, they could make a decision through the summer boot program, answering the question: “Should I really do this?”

What does this mean for Seattle’s startup ecosystem?

Mountain ash: We haven’t been as plugged into Seattle’s vast startup ecosystem as possible. And there are several reasons for this. One is that our entrepreneurship center has always been very business school oriented because it’s a private university that’s a bit smaller than the University of Hawaii or the University of Washington.

I have this overriding mission to expand our reach across campus. I want to bring in more engineering students, more college of arts and sciences students, and more nursing school students. Last year, a team from a nursing school won the business plan competition. It was before my time, but it would be an example of building cross-functional teams. And when we expand these programs, we’re going to produce many more startups and serve them to the Seattle community.