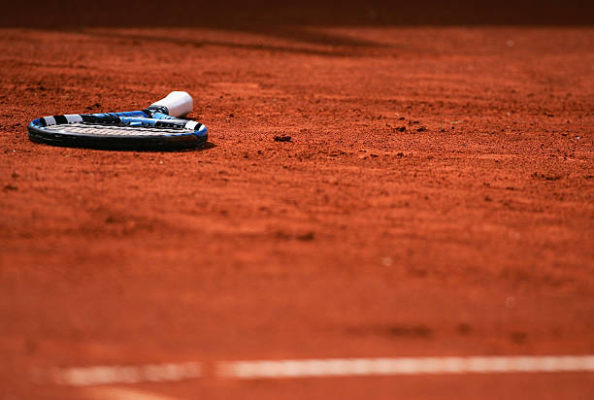 Santiago Fa Rodriguez Taverna looked at the crowd and smiled, his fist up to the blue sky of Buenos Aires.

For Santiago Fa Rodriguez Taverna, his 6-4 6-2 victory over Facundo Diaz Acosta to win the Buenos Aires Challenger had been in the works for a few months. His last five events of the 2021 season included two Challenger quarter-finals, an ITF semi-final and an ITF title. Rodriguez Taverna was slowly building his game.

And now, in his first event of the 2022 season, Rodriguez Taverna has a Challenger title under his belt.

Dropping only one set all week (to Mats Rosenkranz) and winning 9 consecutive sets, the No.302 ranked Argentine dominated the peloton in Buenos Aires. His ranking is expected to reach world number 266 in the live rankings, a new career high.

At this time last season? Rodriguez Taverna was ranked 535th in the world.

Rodriguez Taverna didn’t have the toughest road to the title, but beating Paz, Casanova, Lama and Diaz Acosta without losing a set isn’t the easiest feat on clay.

The Argentine dominated on the return, creating 52 break points in his five matches and breaking serve 18 times. He also did a good job protecting his own serve, having faced just 21 break points combined and having broken 7 times, which is certainly not a bad number on red clay.

Rodriguez Taverna’s game centers around his huge, heavy forehand. He uses the forehand wing to dominate the baseline and put a lot of pressure on the opponents making the pitch feel small.

Now, one could see Rodriguez Taverna’s janky looking backhand and immediately ignore it, due to the awkward appearance of that wing.

And that’s part of the “charm” of the Argentinian game, where you don’t get consistency in terms of how you get on the wing of the forehand, the heavy, deep hits, and on the wing of the backhand, you get. shorter strokes with and so it’s hard to find that pace that so many tennis players are used to.

And don’t think that bringing Rodriguez Taverna into the net is the way to go, as he has good touch and instincts for knowing when is the right time to move forward.

Now, it’s important to note that the field in Buenos Aires was certainly weaker due to the fact that some of Australia’s most talented Challenger clay courts were trying to qualify for the Australian Open.

But, just like Igor Marcondes winning his first Challenger at the end of last season under similar circumstances (in this case many of those clay-court Challenger players were enjoying their offseason), just playing that final and winning a Challenger is a confidence. enriching and enriching experience.

As world number 67 Hugo Gaston knows, it’s not easy to cross the finish line and win a Challenger, no matter what level a player is (Gaston is 0-4 in the final of the Challenger).

For Rodriguez Taverna, this Challenger title is another building block as he aims, perhaps, for some ATP Tour success during the Golden Swing and eventually qualifies for Roland Garros.

His opponent in the final, Facundo Diaz Acosta, shares the same hopes. The southpaw was also in his first Challenger title and, like Rodriguez Taverna, saw a slight uptick in results from the end of last season. His current live ranking is world No.303, a new career high.

Diaz Acosta’s heavy forehand was key for him all week, as he reached the final without losing a set. Of course, that ended once Rodriguez Taverna could establish that his forehand was more developed than Diaz Acosta’s and would be the stroke that would take control of the base rally.

It was therefore Santiago Fa Rodriguez Taverna who made the history of Buenos Aires, his hometown, on Sunday.

While the 22-year-old Argentine has yet to make too many waves in the tennis world, if he can continue to produce at this level in the forehand, then the results and the rewards that come with it will soon follow.