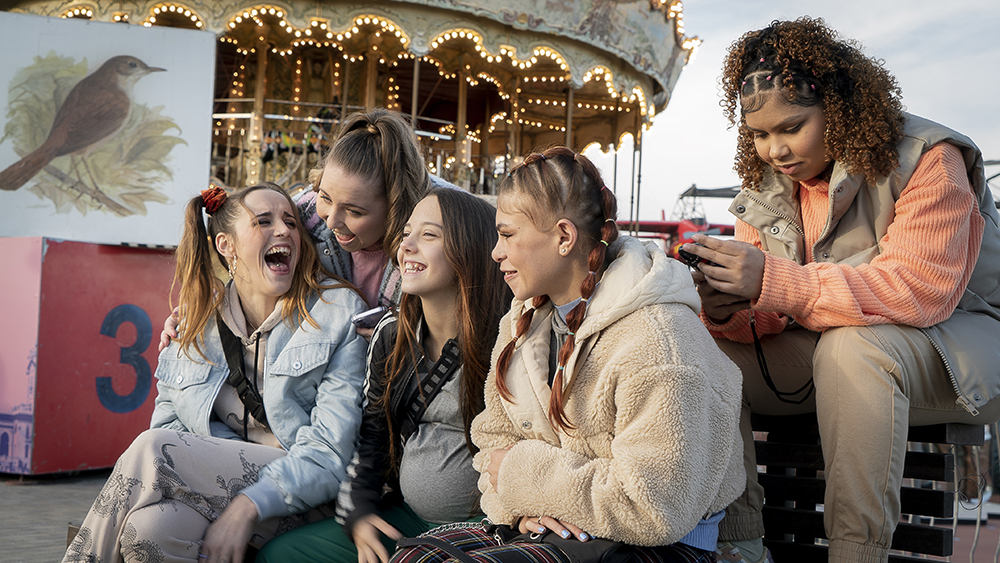 The 70th San Sebastián has completed its final bend with new offers announced for Spain by A Contracorriente, Bteam and Avalon, the joy of industry players during a first full festival on site, blessed by the sun of the early fall, a sense of even slower international sales.

“There are markets that have improved during COVID-19, and others that have not improved and San Sebastián is a festival that has improved thanks to its industrial activities”, says Vicente Canales de Film Factory. This construction comes a long way, with a Films in Progress section in 2002, a Europe-Latin America co-production forum from 2012, the Ikusmira Berriak development residency from 2017 and now a Creative Investors conference.

There is a form of cross-collateralization here. Competition films can blow hot or cold. The 40, often totally unknown titles brought to market by these four strands of the industry guarantee something of interest for producers and sales agents who also decide where their hottest films will be released.

“At an industry level, more and more things are happening here, and it’s very interesting for me to be in San Sebastián,” said Iván Díaz of Filmax, international manager at Filmax, which sells the Cesc Gay’s ensemble comedy “Stories Not to Be Told”, premiered Thursday at the San Sebastian Festival as an RTVE gala.

Sales are slowing down (even more)

“There’s been a race to catch up with Netflix among streamers and now people are recognizing that it’s not necessarily the best business model,” 30West’s Trevor Groth said. “So now there’s kind of a break. I think there will be a step back, a return to distribution and exhibition in theaters. This pause, however, compounded by uncertainty over when adult audiences will return to theaters in droves, currently appears to be hurting sales activity. French sellers, who often use San Sebastián to advertise early sales of hot tickets to Venice and Toronto, seemed particularly interested.

….But there were cases

“San Sebastian is a launching pad, not a market to close,” says Latido Films’ Antonio Saura, noting he won’t sell the world on Rodrigo Sorogoyen’s hot ‘As Bestas,’ a film The Pact opened to 316,000 entry sales in France, around $2 million or more, at the box office gross, through Ventana Sur in late November. Thus, San Sebastián has cut, in general, in two ways: commercial agent pick-up announcements, especially in the run-up to the event; co-production deals as producers reach out to production partners to make up for an increasingly tough international sales market on more arty packages. The only exception to this slowdown is Spain. Galvanized by an exceptional box office on event art films – “Alcarrás”, “Lullaby” – key players have struck deals in San Sebastián or unveiled bold distribution actions.

*Spanish distribution rights to the highly anticipated film ‘Cerrar los ojos’, from legendary Spanish director Victor Erice (‘Spirit of the Hive’), have been acquired by Avalon Audiovisual Distribution, whose credits include “Alcarràs”. The film is scheduled for next year. Tandem Films, Pecado Films and Nautilus are producing.

*Energetic Spanish distributor-producer Bteam Pictures signed with Film Factory the Spanish rights to “Kings of the World” by Colombian Laura Mora, a world premiere in competition at San Sebastian, and part of Toronto’s Industry Selects section.

*A Contracorriente Films bought the Spanish rights of the Horizontes Latinos player from Cuban Pavel Giroud “The Padilla Affair”, co-produced by the Spaniards Ventú Productions and Lia Rodríguez in Cuba, and sold by Figa Films.

*International sales rights to Petr Václav’s lavish period film ‘Il Boemo’, which had its world premiere in main competition, have been acquired by the Parisian company Loco Movieswho also jumped on “Woman at Sea”, a fashionable title from the new San Sebastian directors of the Parisian company Slot Machine (“Melancholia”).

*”Walls Can Talk”, the latest film by Spaniard Carlos Saura (“Raise Ravens”, “Deprisa, Deprisa”, “Carmen”) was acquired for intentional sales by Latido Movies. Produced by Malvalanda (“Madre”, “The Mole Agent”) and distributed in Spain by Wanda Vision, the film had its world premiere as part of an RTVE gala.

* Madrid-based Latido has also secured the sales rights to the documentary ‘Tequila, Sex, Drugs and Rock and Roll’, from Goya award-winning producer and director Alvaro Longoria.

*Independent Sales took on the international on Emad Aleebrahim Dehkordi’s feature debut “A Tale of Shemroon,” which debuted in New Directors. The film will be released in France via Jour2Fête.

* Emiliano Torres “Rona” one of the 14 most publicized titles selected at the Europe-Latin America Co-production Forum in San Sebastián, saw Italian Emanuele Crialese (“L’immensità”) team up with Argentinian Nicolás Gil Lavedra to produce.

* Buenos Aires-based Vega Cine and Cordoba-based Gualicho Cine are teaming up to “Everybody,” by Agustina San Martín, figurehead of the new generation of Latin American female genre filmmakers.