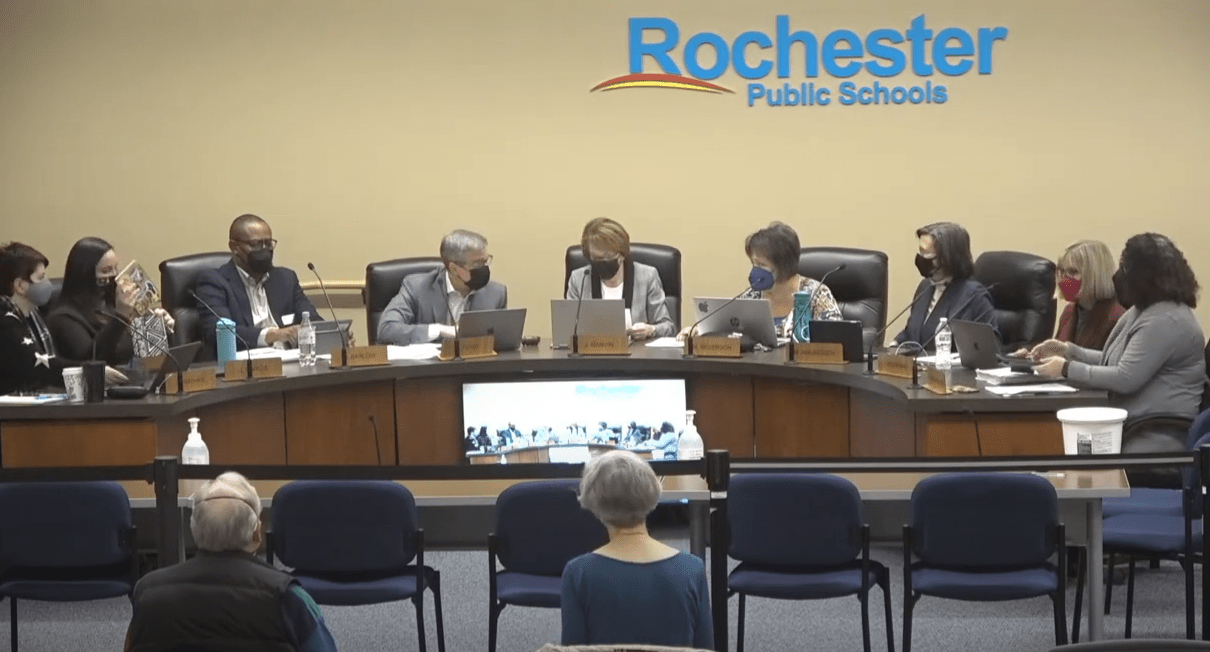 In the fall of 2020, when Dr. Angela Thompson found out her three children would be returning to Rochester Public Schools in a hybrid classroom, the recurring schedule didn’t work for her or her husband, who owns a restaurant.

That’s how she and her partner found themselves homeschooling their kids — it gave them stability on which to build their work schedule.

“If we just have the program and just homeschool, we’ll eliminate any possibility of problems with the hybrid. [learning],” she said. “We tried to keep some consistency.”

The Thompson children are among a net 660 children who left the school district in the first year of the pandemic and have not returned. About half have left the region or state. A quarter left for private schools or homeschooling. Others went to nearby neighborhoods.

With those departures, about $8,000 in funding per student was spent, according to the district.

“We are seeing declining enrollment since the start of the pandemic, families have chosen different options for their students due to their own family needs and due to the uncertainty of sending their students to school,” a- she declared.

Some parents worry about their children getting sick, some worry about COVID mitigation measures.

“It’s related to funding,” Henton said. “And so it’s very difficult for school districts to continue to offer the type of programs that they had in the past.”

Parent Jessica Cruz said the hybrid model adopted by the school district for the 2020-2021 school year was difficult for her kindergarten and first grade.

“I think the students didn’t get the level of instruction they should have had,” she said. “I found that my two children, who were doing quite well academically, actually regressed during that year.”

Cruz is among the parents who have moved their children to the nearby school district of Byron, where she says her children are receiving a more rigorous education. There were no periods of distance learning. Her children have not been quarantined despite close exposures to COVID because her children wear masks every day at school – even though they are optional.

Cruz said that while she and her family take COVID-19 seriously, she felt the mitigation measures in the Rochester School District ignored the academic and social needs of students.

“School should be a priority, both academically and from a student mental health perspective,” Cruz said.

Meanwhile, Thompson, who said she generally supports COVID mitigation measures and vaccination against the virus, worries that masking children will come at the expense of their academic and social development.

This is one of the reasons she now sends her children to a local Catholic school. Although her children are still required to wear masks there, she said her school seemed more willing to make them optional.

“We have a very high prevalence of eligible people who have been fully vaccinated in our county. So, from this point of view, it would be the moment to discuss [optional masking],” she said.

In previous years, Rochester Public Schools has predicted enrollment with remarkable accuracy, often coming within one percentage point of the estimate of the number of students it will serve each year.

Still, unenrollment directly related to the pandemic is not the main driver of the deficit, Acting Superintendent Kent Pekel said.

It’s a growing gap between student enrollment and staff.

“Enrollment has increased in Rochester public schools by about 8% over the past 12 years. Our staff numbers have grown much faster – about 31%. And so obviously that’s not a strategy. sustainable given that all of our funding is dependent on enrollment,” he said.

The construction of new schools, which were approved before the pandemic, will also incur short-term costs. While these facilities may open at a lower capacity than expected, Pekel is confident the space will eventually be filled.

The budget shortfall, which predates the start of Pekel’s term, was on the district’s radar under its former superintendent, who resigned last spring after it was revealed he had plagiarized school communications.

Fixing the deficit will require quick action, Pekel said. Earlier this week, the board approved a plan to reduce its shortfall by $7 million by eliminating budgeted but open positions and making program cuts.

In the following school year, the district may experience more painful cuts. And the school board is considering a referendum to raise funds.

Meanwhile, Pekel said it was essential to keep tabs on why children are leaving.

You make MPR News possible. Individual donations drive the clarity of our reporters’ coverage across the state, the stories that connect us, and the conversations that provide insight. Help ensure that MPR remains a resource that brings Minnesotans together.

Donate today. A donation of $17 makes a difference.

Buenos Aires collectives: the struggle for subsidies behind the transfer