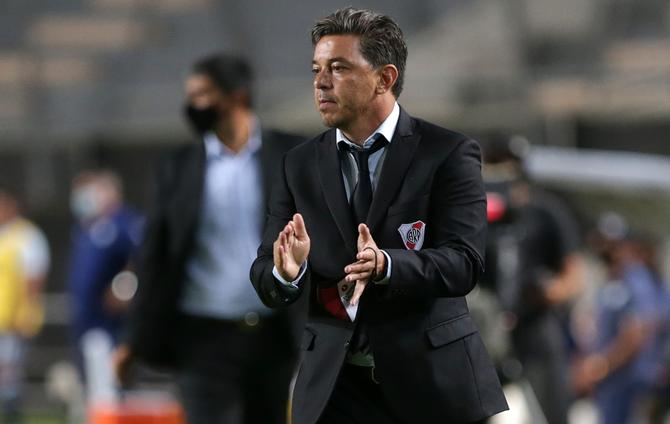 Ronald Koeman is the head coach of Camp Nou, but his tenure could come to an end, despite Barca being undefeated in La Liga so far this season.

Thursday’s 3-0 defeat (AEST) to Benfica in the UEFA Champions League means the Spanish club have lost two consecutive group matches in the same campaign for the first time in 21 years.

Koeman also has a fractured relationship with Barca president Joan Laporta, which suggests the Dutchman is set to come out. Gallardo is among those seen as a potential candidate for succession, although the former Argentina international responded to the rumor on Saturday (AEST).

Speaking ahead of a huge game against Boca Juniors on Monday (AEDT), Gallardo said: â€œI am focused on the Superclasico and everyone also knows my thought and decision is to fulfill the contract with River.

“I have no reason to be distracted by other things and other people’s thoughts. I have a contract and a commitment to River.

“I want to stay connected to what it means to be River’s coach and it has never crossed my mind to leave the club.”

Gallardo’s agreement with his current employer expires at the end of the year. Reports in Spain suggested he had already been contacted by Barcelona, â€‹â€‹but he declined to confirm or deny such speculation.

“Whether they have contacted me or not, what is the point of revealing it,” he added.

“The only thing I can say is that my goal is to end the contract with the club. Then we’ll see, but my focus is on the game against Boca.”

Koeman is expected to take the helm as Barca visit defending La Liga champions Atletico Madrid (AEDT), but the Catalan club won’t play again until October 18 (AEDT) due to the upcoming international window.

Besides Gallardo, Belgian national team boss Roberto Martinez and Barcelona legend Xavi have been raised as potential options to become the new head coach, along with Italian duo Antonio Conte and Andrea Pirlo.