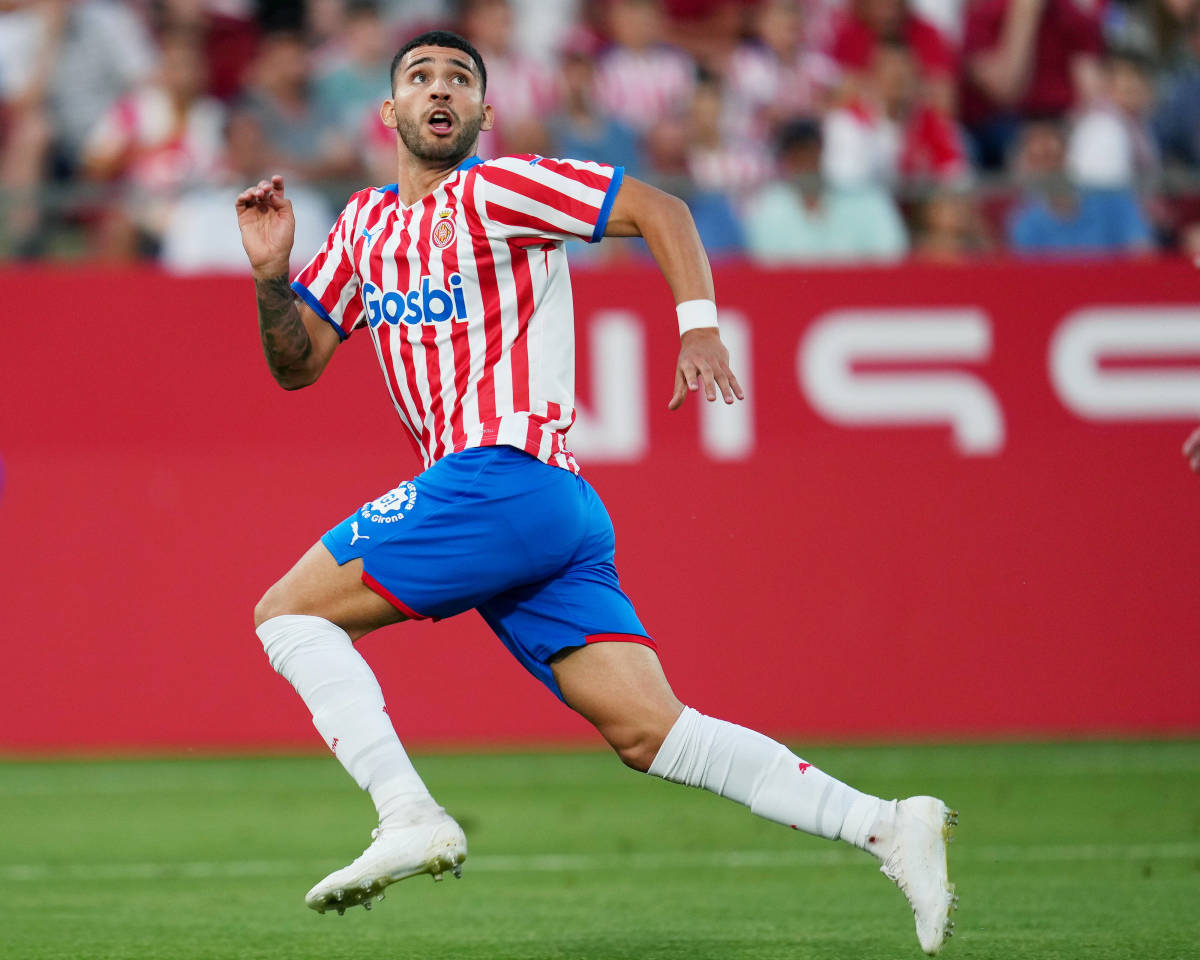 Brazilian Serie A side Internacional are reportedly stepping up their efforts to secure Nahuel Bustos from Manchester City. The Argentine was signed by City in 2020 but is yet to feature for the Sky Blues, having been on loan for the past two seasons.

Bustos has spent the last two years on loan at the City Football Group Girona club. Although he struggled for form in his debut season, the striker was a solid performer for the Spanish club last season.

Bustos scored 11 goals and provided two assists last season when promoted from Girona, which is his best goalscoring tally since the 2020 La Liga Profesional campaign. The striker has scored 9 goals and provided 4 assists for Atletico Talleres in 2020, prompting City to splash €6.5m on the striker.

It looks like Internacional are now keen to sign Bustos after his successful campaign with Girona. According to Globo Esporte, via Sportwitness, the Brazilian club “have moved forward” “on some points” in their talks with Man City, with a loan deal including an option to make the deal permanent now appearing to be the offer on the table.

However, Zero Hora says City’s desire is still to sell the striker on a permanent deal as the club want to recoup the initial fee they paid for Bustos two years ago.

With the Brazilian club seemingly unwilling to accept the forward on a permanent deal, including a buy clause in the loan deal appears to be the only way to secure Bustos.

If Cityzens can’t find a team to take Bustos on a permanent deal, it’s likely he’ll return to Girona, having already spent the last two seasons with the Spanish side. The Argentine impressed in his final season at the club and City Football Group’s links with the club would make any deal easy to complete.

The right choice | To take a sabbatical year during your university studies or not? Experts explain