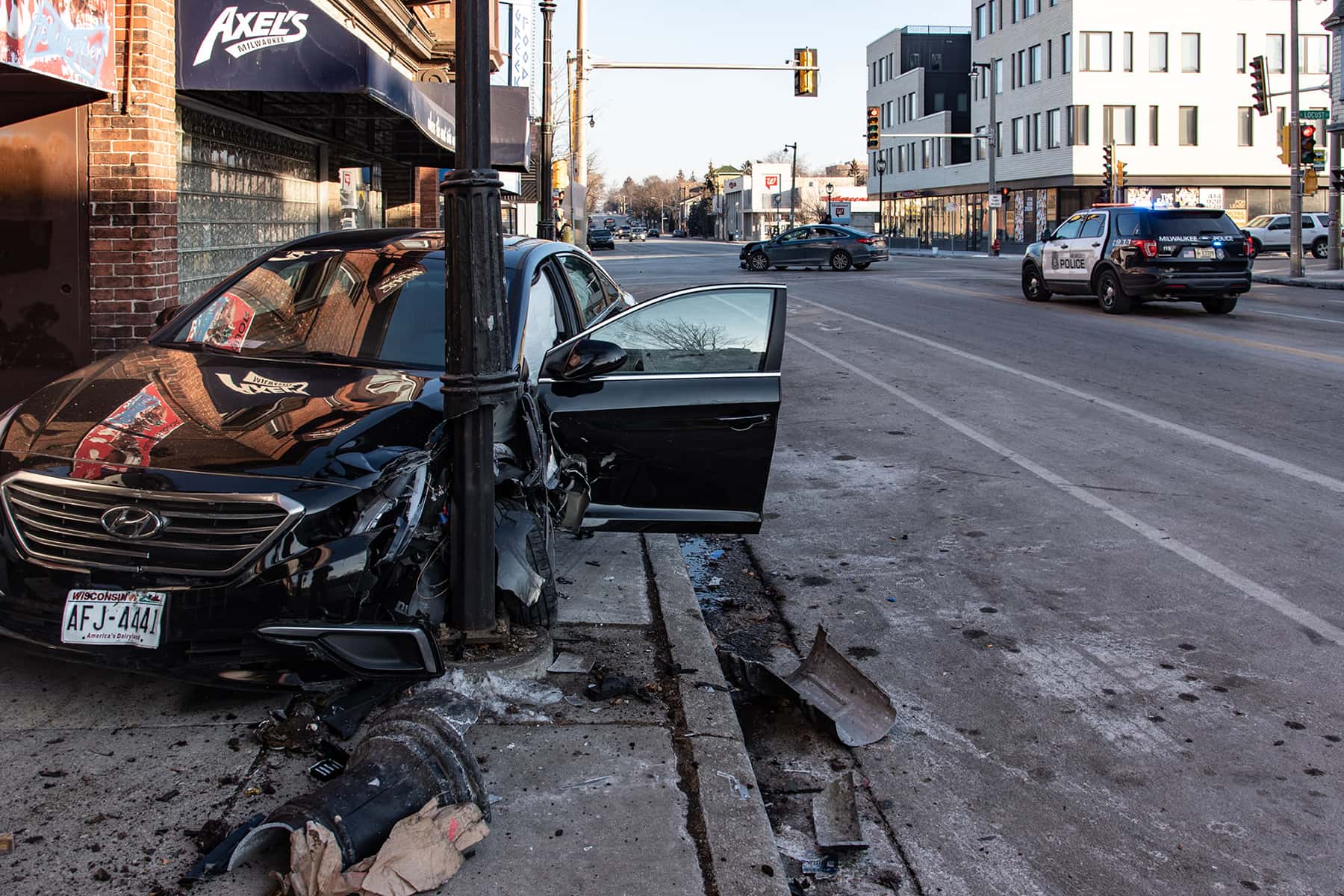 Monique Meese worries about reckless driving in Milwaukee, a deadly threat that Acting Mayor Cavalier Johnson has declared a public health crisis. Still, she’s hopeful for the next generation of drivers, which includes her 17-year-old daughter, Alannah. The reason? More young people now have access to affordable driver training through the Milwaukee Recreation Driver Education program.

The City-County Carjacking and Reckless Driving Task Force, which includes government officials and community members, has identified expanding access to driver training as a way to combat reckless driving. Such efforts are badly needed because “Milwaukee is on a whole new level and has gotten worse” when it comes to dangerous driving, Meese said.

His daughter, a junior from Rufus King High School, is one of more than 7,600 students to take part in the driver training program since it was relaunched in 2016. Now called MPS Drive, the program had been on hiatus for 10 years in the Milwaukee Public Schools because of a lack of funding before advocates pushed to bring it back.

Meese said her daughter started school virtually in September and was initially nervous about hitting the road. But when the time came for Alannah to demonstrate her skills in person after completing the written exam, she was ready.

“My daughter felt confident when she went for the practical exam and felt that she wouldn’t have passed without taking the lessons,” Meese said.

Alannah is now one of 4,855 people to have earned their probationary license through the program since 2016, said Jodie Donabar, driver training supervisor for Milwaukee Recreation, also known as MKE REC.

Teen drivers were involved in 3,278 crashes in Milwaukee County, killing 13 and injuring 1,379 in 2021, according to the most recent data from the Wisconsin Department of Transportation. Speed ​​was identified as a factor in 551 of these crashes and in 10 fatalities. In total, there were 86 road deaths in Milwaukee County in 2021, with speed being a factor in 36 deaths.

Road deaths are on the rise across the country

Communities nationwide are seeing increasing casualties from speeding and reckless driving, especially during the pandemic. That includes elsewhere in Wisconsin, where residents are pushing for solutions in cities such as Madison and Appleton. The National Highway Traffic Safety Administration projects that 31,720 people died in road crashes from January to September 2021, up 12% from the previous year’s projections.

“We must change a culture that accepts as inevitable the loss of tens of thousands of people in traffic crashes,” NHTSA Deputy Administrator Steven Cliff said in a Feb. 1 statement. “This will require a transformational and collaborative approach to safety on our country’s roads.”

Wisconsin recorded about 601 road deaths in 2021, preliminary state data shows — above the 2017-20 average of 578. Barrett, who resigned to become ambassador to Luxembourg. The issue has drawn significant attention in Johnson’s campaign to retain office, with Johnson calling for stronger driver training, traffic enforcement and community engagement around the issue. He faces former Alderman Bob Donovan, who said “an atmosphere of anarchy” around driving has emerged in Milwaukee and the city needs to expand its police force to keep pace.

Classes through MKE REC have operated at reduced capacity since the start of the pandemic, first online only, then virtually and in person at 16 public high schools, Donabar said. The program returned to full capacity this month, but due to rising COVID-19 cases, all classes have moved online for now. Classes for January and February filled up in four hours, she said, while 800 slots for March and April were also filled.

“Our goal is to reach as many students as possible to give them the tools to be a safe driver,” she said. “Then they can drive responsibly and on their own.”

Juan Garcia, who has been driving for two years, earned his license in 2019 after participating in the program while a student at Carmen High School’s Southeast Campus.

He said his instructor taught him important safety lessons, like keeping both hands on the wheel at all times and always looking both ways at four-way stops. He said he was happy to have learned to drive responsibly, which he would have liked to see more of in the city.

“There are a lot of people who really have a heart and like to protect themselves, while others want to rush all the time,” he said.

Tuition for Milwaukee Public School students is $35, which covers the cost of the license itself, while classroom tuition and driving instruction are free. Non-MPS students can also take classes through Milwaukee Recreation for $150. Driving lessons offered by private companies can cost up to $300.

Municipal Court Judge Derek Mosley, a member of the city and county’s carjacking and reckless driving task force, said the courts were essential.

“The main reason why reducing reckless driving is so critical is that at least people get a basic education and understanding of the rules of the road when they get their license and receive their driver’s licence,” said Mosley said. “It didn’t happen before driver education.”

He said the gap in driver education has affected two generations, those who have not had access to courses and those who learn from the example of those drivers.

Mosley said young people who come to his courtroom for driving offenses know when they’re speeding. But he said they were unaware that other common reckless driving practices, such as basic driving, which involves driving in the parking lot, on a bicycle or in the turn lane, are illegal.

“Some people don’t even know what yellow lights mean or how to drive on roundabouts,” Mosley said, adding that he would like to see options such as attending road safety school for those who come to his room. of hearing.

He also wants novice drivers to know that if they receive a ticket for failing to yield, they must complete a state-required course — in addition to any other penalties — or risk having their driving privileges suspended.

People should also be warned that if they are caught driving while smoking marijuana, they will be charged with driving under the influence, and there is no reduced sentence for minors.

“It affects your driver’s license, you have to take an AODA (alcohol and other drugs) course and it affects the insurance you have to get,” Mosley said. “With the fine, which is almost $1,000, insurance and other legal fees and repercussions, it’s all very expensive.”