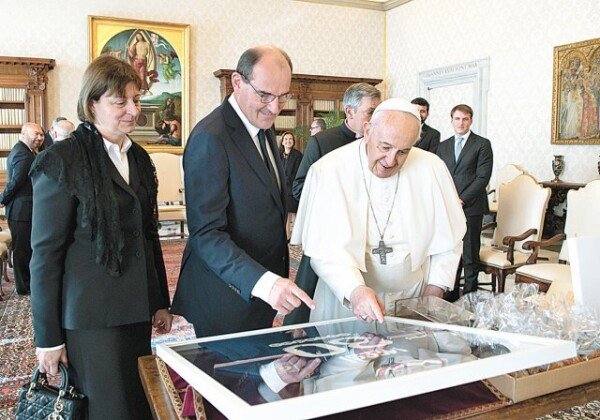 Reuters reported on Tuesday that French Prime Minister Jean Castex, visiting the Vatican to commemorate the 100th anniversary of diplomatic relations between the Roman Curia and France, met Pope Francis and presented a Paris-Saint Germain jersey signed by Lionel Messi. The French Prime Minister presented the Pontiff with the number 30, glass-framed jersey, as well as the 1836 edition of Notre-Dame de Paris by French novelist Victor Hugo.

Born in Argentina, Pope Francis is known as an ardent football fan. The Pope has been a longtime open supporter and member of the Buenos Aires San Lorenzo Football Club since becoming a Cardinal. “Messi is better than Maradona and Pelé,” Pope Francis said publicly in an interview with Argentina-born Messi.

In 2013, Pope Francis met Messi in person who was then visiting the Vatican for the friendship match between Italy and Argentina. The Pope also reiterated that Messi is not a God in an interview with a Spanish TV show when asked if it is sacrilegious to call Messi God. “In theory, it’s a sacrilege. I am happy to watch Lionel Messi play, ”Pope Francis said. “I understand that people say ‘he is God’ as they say ‘I adore you’. However, Messi is not a God, and you should only worship God.

Amid pandemic unrest and struggles for programs, Christian schools boom