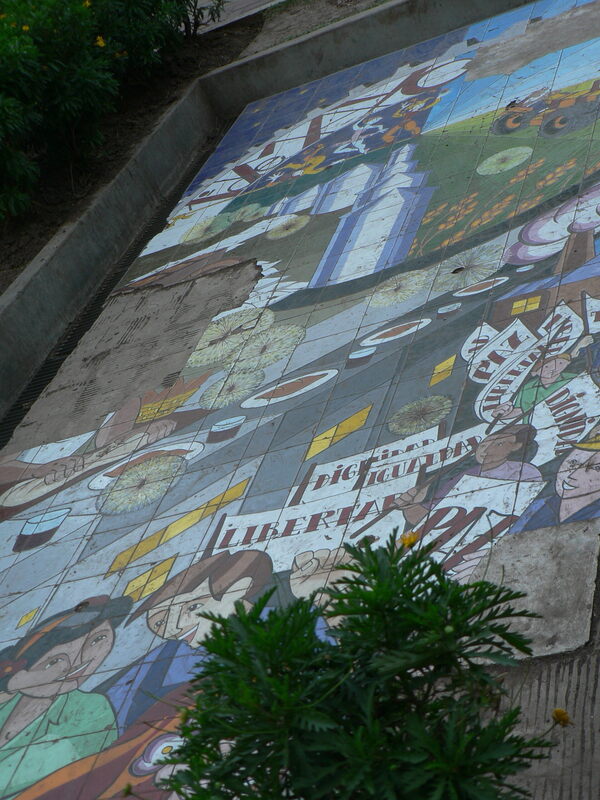 At first glance, Plaza Primero de Mayo looks like any other small square in Buenos Aires. There are children’s games, a traditional carousel, a pétanque court, a small football pitch, chess tables, trees, bushes and benches. If you go on a Saturday, you might find the kiosks at a wet market selling things like fish, vegetables, and cheese. But only a close inspection of the old fence that separates the plaza from some ’80s residential projects on its western border and a faded commemorative plaque are there to offer a glimpse into the plaza’s past.

In 1833, while this district was still on the outskirts of the city, this land was designated as a dissident cemetery, a place where non-Catholics buried their dead. It once housed a small building for religious services of various beliefs and housed graves mostly of Protestant and Jewish families. It operated as such until 1891.

In 1892, the graves began to be moved to other new burial sites, such as the German and English sectors of the Cementerio de la Chacarita, which is still in use to this day. The chapel was demolished in 1915 and by 1923 the relocation process was considered complete.

It was decided that the square would become a public square, and in 1925 it was finally inaugurated as the Plaza Primero de Mayo (May Day Square), dedicated to the celebration of the workers. An award-winning sculpture of a naked worker with a large hammer has been put in place, which still greets you if you enter through Pasco.

But there is a catch. Since the graves were moved on demand, only the dead who still had living relatives to speak on their behalf were moved to new cemeteries. As for the rest? Well, most of them are still there. Some gravestones were removed, while others were just scattered around and covered in dirt.

As recently as 2006, when the square was last fully renovated, workers digging to build a new children’s playground found a marble tombstone for a 10-month-old German girl who died in 1886. Work was halted and an archaeological excavation of the site returned the bones of children and adults, along with several other artifacts such as coffin handles and shards of glass.

It was said that there would be a bigger excavation in the square and that some sort of museum would be opened, but that never happened: instead, the children’s games were finally installed as planned, and most of the grounds have remained untouched, with only a plaque to remind the very curious and attentive minds that when you walk through Plaza Primero de Mayo you can walk over someone else’s grave.

In pictures: 1 year since the death of Diego Maradona | Gallery News