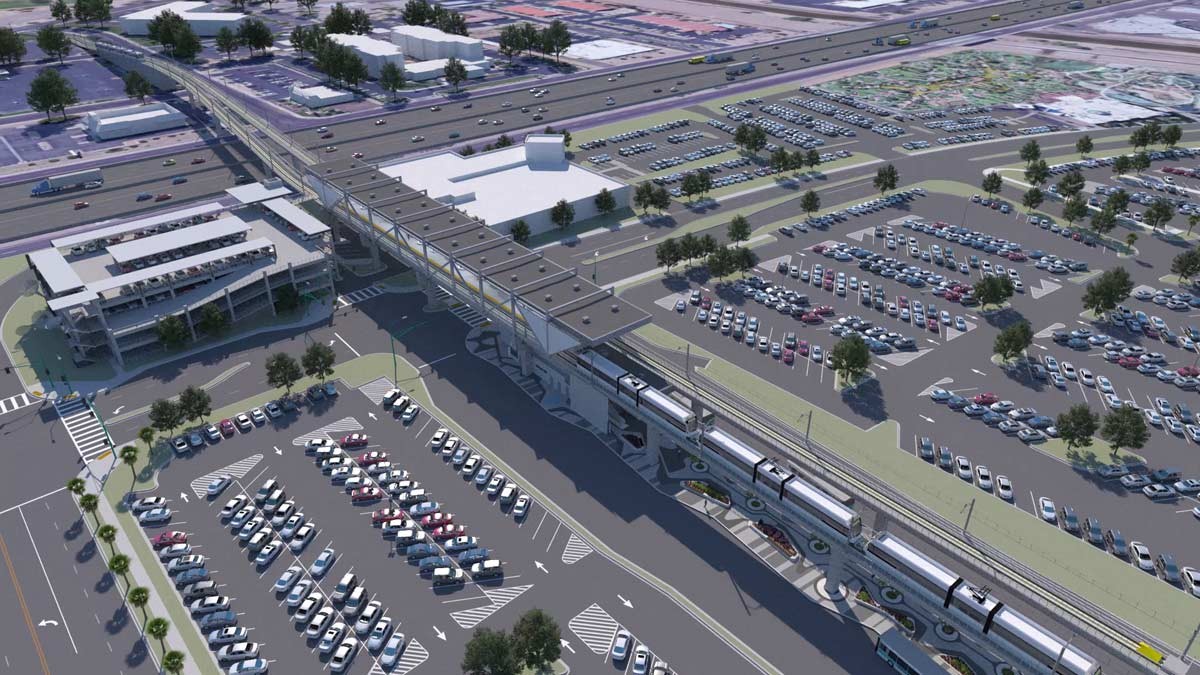 Whether customers come for the pollo peño or the seaweed-topped Chino fries, the new streetcar construction made it difficult to access Chino-Mex, a family-friendly fusion restaurant on South Central Avenue in Phoenix.

For Carlos Castillo, the owner of the restaurant, construction coupled with the COVID-19 pandemic threatened his two-year business.

However, it did get financial help from the Small Business Financial Assistance Program (SBFAP) which was launched last January by the city of Phoenix and Valley Metro, the regional public transportation agency.

“It helps pay the payroll,” Castillo says. Although his restaurant is not right next to the rail project, it is affecting his business. “Sometimes they don’t have left or right turns, so it takes longer to get to the restaurant. They change lights all the time or they close the entrances. As a result, customers have to find new routes to the restaurant to avoid construction that started in the summer of 2020.

Administered by Prestamos CDFI, LLC, the one-year pilot program is funded by both the city and the Phoenix Community Development & Investment Corporation. Grants are available to small businesses affected by Valley Metro LRT projects as part of Phase II of the Northwest Extension and South-Central / Downtown Extension.

Valley Metro and the City of Phoenix turned to Prestamos to interview companies, determine their eligibility, and assist them with the application process on their site. website.

“We opened the application process in mid-March of this year and we started receiving applications, mainly in April and May,” said Terry Gruver, community relations for Valley Metro. “The goal is to try to help businesses sustain and overcome any impact of construction near them. One of the goals is to help businesses that rely on foot traffic i.e. customers who come in through the door, as opposed to a call center.

The South Central Extension is a five mile route that will connect South Phoenix to the regional light rail system. This region in particular has more small businesses, many of which are owned by minorities or women. “So that was really the goal when the city put the funding in place; to really help the most vulnerable and local businesses along the way, ”said Gruver. In addition, the program administrator had to demonstrate bilingual capacity and an understanding of the communities that would be affected and that needed to be served, attributes that Prestamos possessed.

Since the program’s inception, $ 253,000 in amounts up to $ 9,000 has been distributed to 50 companies, says Susan Tierney, director of communications for Valley Metro. So far, this is only a small percentage of the businesses affected – there are 566 businesses along Phase II of the Northwest Extension and the South Central / Central Extension hub – city, according to Tierney, and at least one local business recently cited the construction of the light rail as a major factor in their closure, but not all companies are eligible. They must earn less than $ 500,000, be locally owned, and have 15 or fewer employees. The grant money these businesses have received can be used for business operating expenses such as rent or mortgage payments, utility costs, insurance, and payroll. It cannot be used to pay taxes.

“We know it’s a challenge for businesses when they’re in an area where business is disrupted,” Tierney says.

When the program ends in early 2022, Gruver says the city and Valley Metro plan to review the effectiveness of the program and see if there are any areas that can be improved.

But for Castillo, from Mexico, the money coming from Prestamos made a big difference. “They walked me through the app and it was very straightforward,” he says. “[Without the grant] we would be long gone.

This story is part of our series, CDFI Futures, which explores the community development finance industry through the prism of equity, public policy and inclusive community development. The series is generously supported by Partners for the Common Good. Sign up for PCG’s CapNexus newsletter on capnexus.org.

Frances McMorris is a Tampa-based writer who has served as a court and legal reporter for the Wall Street Journal, New York Daily News, and Newsday. She specializes in legal and commercial matters.