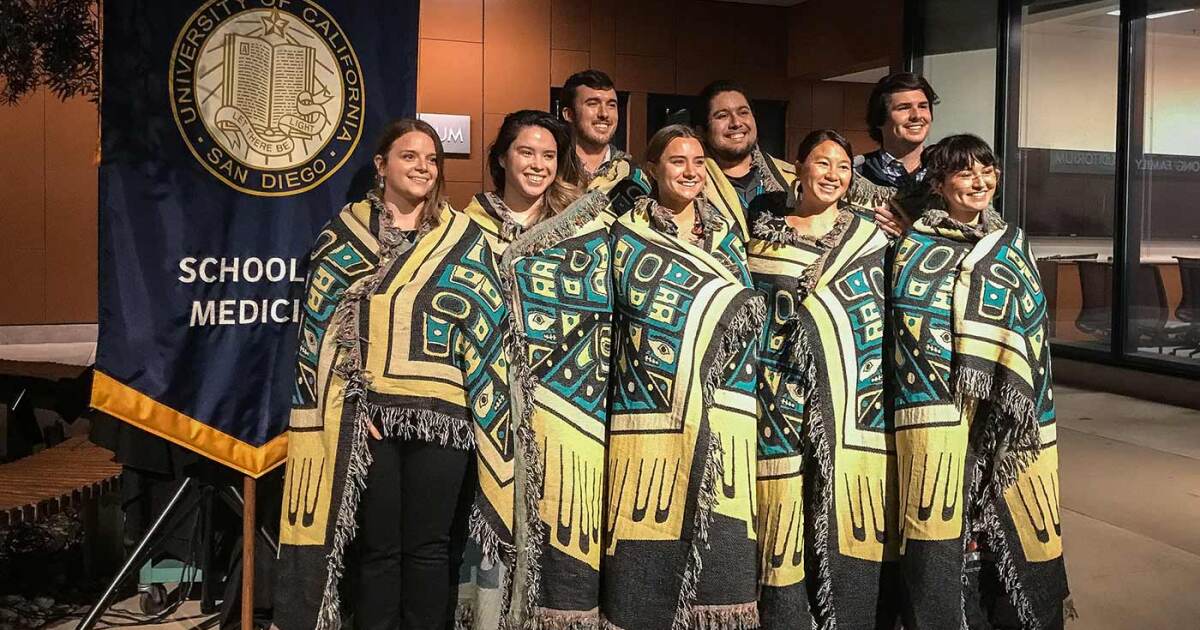 Calac is a medical student at the University of California, San Diego. He was born and raised in Escondido.

The decennial 2020 United States Census was notable for Indian Country in California, with an almost 100% increase in the number of people identifying as American Indian and native to Alaska alone, or in combination with another racial group, since 2010. At 1 With 4 million people or 3.6% of the state’s population, California has the largest Native American or Indigenous population in the United States, with 109 federally recognized tribal governments.

Sadly, we saw little or no change in the number of Native American medical students in California from 2010 to 2020.

We provide this platform for free for community feedback. Thank you to all Union-Tribune subscribers whose support makes our journalism possible. If you are not a subscriber, consider subscribing today.

As a fourth year medical student at UC San Diego School of Medicine, also pursuing a doctorate. in public health at the Herbert Wertheim School of Public Health and Human Longevity Science at UC San Diego, I follow in the footsteps of my father, our tribe’s first physician.

From our side of the family, we are descended from the Pauma Band of the LuiseÃ±o Indians, the smallest of the six federally recognized tribes sharing language and cultural practices in San Diego County. We occupy a small fraction of our traditional lands on a reserve provided to us by the federal government at the end of the 19th century. While the word LuiseÃ±o was given to our people by the Spaniards in the 18th century due to our proximity to Mission San Luis Rey de Francia, we call ourselves the PayÃ³mkawichum or the â€œPeople of the Westâ€.

Since medical school is an increasingly isolating experience for Native American medical students, I often wonder why there aren’t more of us? Is it a â€œpipelineâ€ problem?

Letâ€™s think about it.

This is clearly a systemic problem.

Education was once used to assimilate and acculturate Native Americans. In San Diego, young LuiseÃ±o and Kumeyaay were sent to places like Perris Indian School and St. Anthony Indian School, where they were not taught math, science and the arts, but rather to forget. . Forget who they are. Forget their language. Instead of playgrounds, these “schools” had cemeteries.

This period followed the era of the Spanish mission. I still remember building my people’s cemetery in fourth grade: Mission San Luis Rey de Francia in Oceanside. I was taught that it was a beautiful place when it was anything but. Our communities have been pushed to the brink of extinction by settlers motivated by greed and empowered by faith.

I have rarely seen Native Americans in my textbooks. I learned a side of the story that was not mine. But despite everything, I knew I was there.

I knew the Native Americans were still there. My ancestors remembered who they were. Our language has not been forgotten.

Native Americans make up less than 1% of all medical students and physicians. They come from communities that bear a much higher burden of disease than their colleagues. Native Americans take pride in who they are and shouldn’t have to change the way they act or dress to advance their medical education.

If you know a tribe, then you only know one tribe. I honestly think there aren’t more Native American medical students and doctors because people assume the worst of where they come from. We should all choose to see cultural strength and resilience rather than hardship, dependency and communities dying rather than living.

In November, UC San Diego hosted a traditional blessing and cover presentation for eight Native American medical students, including myself. There are more students here than at most medical schools in the country. We are currently interviewing for UC San Diego’s Medicine Program: Transforming Indigenous Doctor Education, which trains medical students to better provide health care for Indigenous people, with $ 2.6 million from the state legislature.

A new day is here.