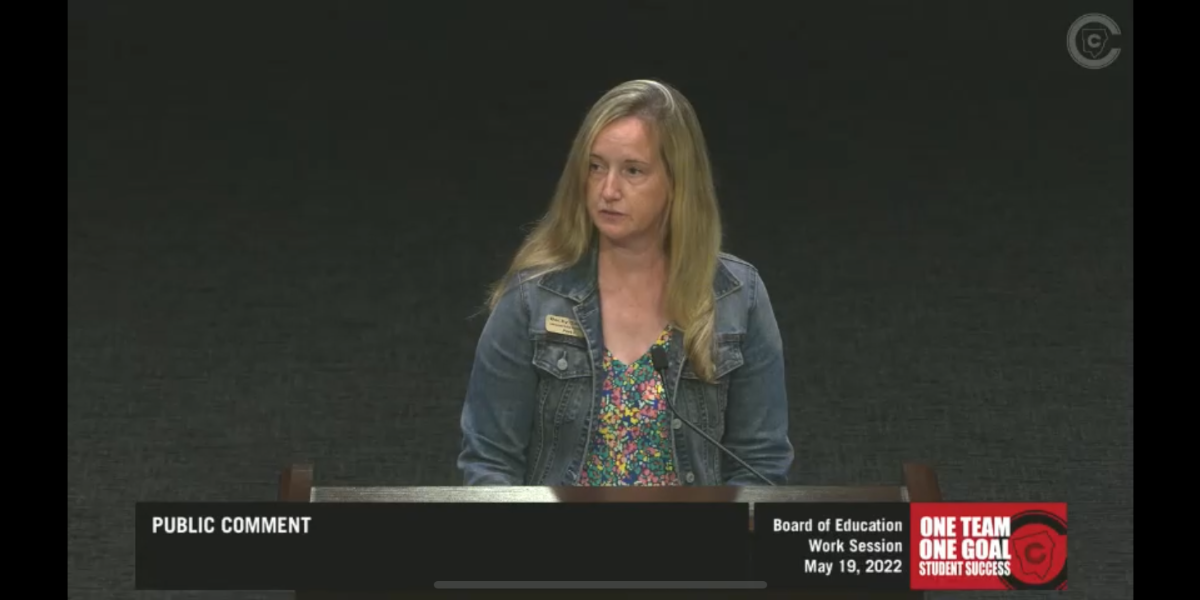 A month after Superintendent Chris Ragsdale announced major changes to the bilingual immersion program, parents say they are frustrated with the lack of communication and fairness.

At the April meeting, Ragsdale announced that the program would continue to accept incoming kindergartens at Nickajack, Smyrna, Russell, Mableton and Dowell elementary schools. Students already enrolled in DLI programs at City View, Clarkdale, Fair Oaks, Hollydale, Norton Park and Riverside Elementary Schools will be permitted to complete the program.

“Where data is present that indicates that students are not achieving higher levels of academic achievement, or even worse, are achieving at lower levels than students not in the specific program, modifications must be made,” he said.

Ragsdale did not share the mentioned data with the public, nor with the members of the board of directors. No questions from council members were allowed.

School Board Job 2 candidate Becky Sayler, who has children enrolled in the program, filed an open file request hoping to learn more, but the results left her with more questions.

“It’s frustrating to have to pay money and write a formal document to find information that should be communicated consistently and clearly by the district,” she told the board and council on Thursday. superintendent during a public comment. “One of the things I asked for was ‘any data that led to the decision to discontinue the program’. However, the only data I have received shows that DLI students outperform their peers in early literacy over time. The request for records also included numerous emails from parents asking that the program remain in our schools, and communications from principals, and even the head of the world languages ​​department, who made it clear that they had no idea that this change was coming.

Sayler shared the ORR documents with the Courier, who reached out to district spokesperson Nan Kiel and board chairman David Chastain to ask if there was any additional information or clarification they would like. could provide. They didn’t answer.

Rumors of the changes erupted on social media ahead of the announcement. At the April 21 school board meeting, several parents spoke of the positive impact the program has had on their children. Some said they bought their house specifically to have access to it.

Amanda Larkin’s two children are enrolled in the DLI program at Norton Park, which will no longer accept new kindergarten students. She is also an educator in another district where she knows bilingual immersion well.

“I noticed that he loved school. He loved learning Spanish and English,” Larkin said of his son, who is finishing fourth grade.

She described one of the strengths of the program in helping students develop non-verbal communication skills.

“It teaches students to watch and try to follow the teacher because in another language you’re looking for the teacher to do movement, mime it, look for images, look for examples. So, at a very young age, these children learn to follow and follow the teacher for the learning experience. In a primary school, it’s no longer a skill that students come to school with because they’re used to the devices that give them all the instruction,” she said.

“Many of my son’s friends are native Spanish speakers, and I have had the opportunity to talk to their families and see how delighted they are that their children not only have the opportunity to be in a school English… but also to learn their mother tongue,” she says.

She continued: “A bilingual immersion program is primarily for students who are learning English as a second language. The fact that my children, who learned English as their first language, have an opportunity, it’s not lost on me… I think it’s very lost on the Cobb board. I don’t think they understand the purpose of double immersion. I think they think that double immersion allows anglophone families to learn a second language and that is not what studies are for.

The lack of communication from the district has been a major source of frustration for her. Based on the school board’s public comments, social media posts, and discussions Courier has had with other IDD parents, she’s not alone. The public assumption is that schools not listed as accepting new students are phasing out the DLI program, but this has not been officially communicated.

Larkin said she insisted on getting information about what would happen to teachers when the program was not accepting new students and were told they were given contracts, but could be placed in a non-DLI class.

She addressed the board on Thursday during public comments.

“If we used data as Mr. Ragsdale said, where is it? Where is the evidence from the school audit showing that the dual immersion program was in trouble? ” she asked.

College options for the IDD are another source of contention. The county’s website says Campbell Middle School and Floyd Middle School have DLI programs, but according to letters the district sent to parents, the course offerings are not the same.

Campbell will offer high school Spanish I, II and III and social studies in Spanish for all three years. The letter refers to the program as bilingual immersion.

But Floyd’s letter to parents refers to it as the World Language Pathway program and only offers Spanish I, II, and III.

Ragsdale announced at the meeting that since “some parents were under the impression that Griffin Middle School would become a DLI school”, there would be a chance to opt for seats at Campbell and Floyd if the interest warrants it.

A third letter was sent to some Nickajack Elementary parents with rising sixth graders offering a virtual option through the Cobb Virtual Academy for Spanish I, II and III.

“We weren’t promised that,” said a parent who asked not to use his name.

The district did not respond to a request for clarification on the college’s programs.

“I like to throw around the word fairness and it fits perfectly,” Larkin said.. “I need people who vote for board members to understand that we have people making decisions who are uninformed and they are not informed enough to ask questions.

What will a high school level Spanish I course look like for students who have already spent six years learning the language? Another piece of information parents said they would like to know.

John Floresta, Cobb’s director of strategy and accountability, touted the district’s communications capabilities and awards during a work session presentation. Board members Dr. Jaha Howard and Charisse Davis pushed back.

“We’re talking about making sure the data is coming from the district and not necessarily something we’ve seen on social media… I would point out that sometimes that’s the only way to get that data and DLI the information is a case in point. We had a mom, Ms. Sayler, who asked for this information because we didn’t discuss it at the last meeting,” she said. “But then, as a member of the board of directors, I also obtain this information in the same way.”

Howard told Floresta, “Whenever there’s a communication that might be considered difficult or controversial, it seems like we’re going into some kind of reputation protection mode where the communication takes hold.”

Floresta replied, “I think the lines of communication are open, but they are open on a one-to-one basis.”

Nickajack’s mother, Alica Bellezza-Watts, spoke during the voting session in support of the program.

“I learned more about the DLI data from school board candidate Becky Sayler than from the district, despite today’s communication presentation,” she said.

Recorded school board meetings can be viewed on the district’s website.

Rebecca Gaunt holds a degree in journalism from the University of Georgia and a master’s degree in education from Oglethorpe University. After teaching elementary school for several years, she returned to writing. She lives in Marietta with her husband, son, two cats and a dog. In her spare time, she likes to read, binge on Netflix and travel.

Buenos Aires Weather | Stories that caught our attention: May 13-20