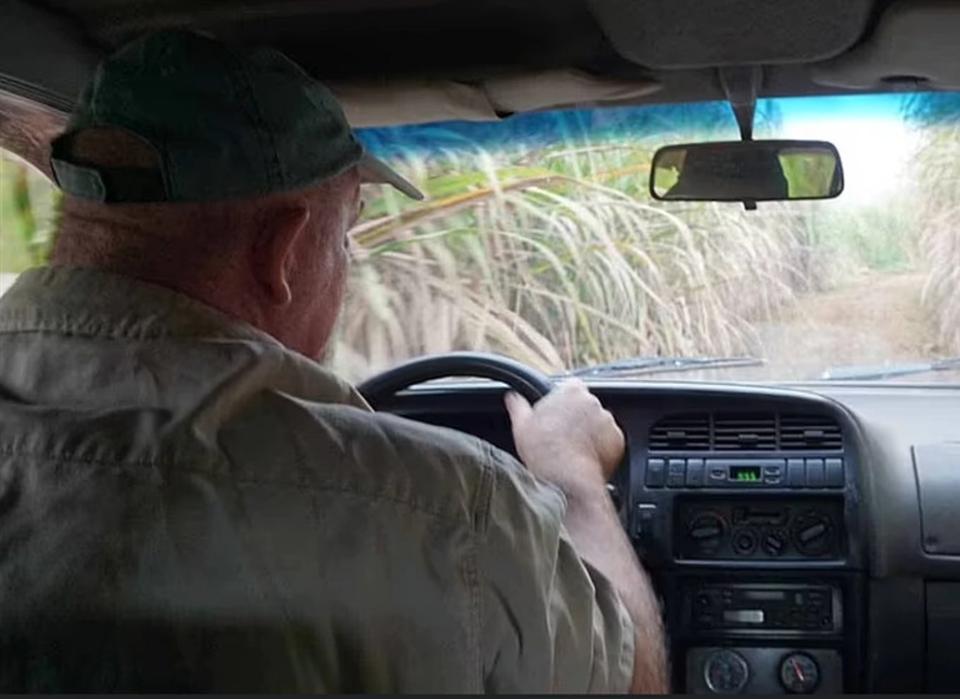 QCOSTARICA – Early indications of possible suspects in the murder of six people – four men and two women – on October 17 at a ranch in Llano Bonito de Brunca, in the township of Buenos Aires, Puntarenas, indicate that they are local criminals dedicated to property crimes.

This presumption is obtained by transcending that the perpetrators of the massacre used small arms, are people who criminally dominate the area and that at least one person involved knew the American Stephen Paul Sandusky, owner of the land where the site took place. multiple homicides.

Very closely linked to the above, on Tuesday, October 26, Walter Espinoza Espinoza, director of the Organismo de Investigacion Judicial (OIJ), categorically ruled out that this event had a link with organized crime or drug trafficking.

This reduces the lines of investigation because, at the same time, the head of the IJO underlined: site to commit the crime (they had interest) not to leave any witnesses or evidence that could link them to the criminal act ”.

At the same time, Espinoza described those responsible as “a group of people who have the conditions and characteristics of being violent,” whom the police have yet to identify through work carried out by psychologists, sociologists, investigators and others. criminal analysts. For this, they must rely on all the evidence obtained at the scene of the crime, the crime in the region and the contribution of confidential information received by the authorities.

The Buenos Aires massacre took place on Sunday, October 17, but it was not until the next day, Monday, at 2:38 a.m., when near the main house, the bodies of Stephen Paul Sandusky, César Mauricio Quesada Cascante ( 44), his wife Claudia Alina Villarevia Rivera (41), their son Daniel Mauricio Quesada Villarevia, Susan Anyelic Zúñiga Rodríguez (40) and Willy Alfredo Borbón Muñoz (38), friends of the Quesada Villarevia family.

All but Sandusky were Costa Ricans.

The Quesada family and their two friends, a couple, went this Sunday morning to the property of the Sandusky house to help them repair a tractor, as César Mauricio and his son Daniel had a machine repair shop in the community of La Bonita de Rivas in Pérez. Township of Zeledon. The Quesada family and friends traveled 53 kilometers to reach Stephen Sandusky’s farm.

After 15 days of the homicide, the judicial police provided very little information on what happened this Sunday in the vicinity of the house. What we do know is that the victims were intercepted between 8 a.m. and 9 a.m. The bodies had bullet holes and two of them were half burned. What is not yet clear is whether members of the Quesada Villarevia family and their friends arrived when those involved were at the farm or whether the attackers surprised the victims when the whole group was already there.

Regarding the number of suspects, it is believed that there are more than four, whose age is between 24 and 38 years.

Likewise, the IJO reported finding ballistic elements at the site, as well as other “material evidence that can be compared” confirmed by Wálter Espinoza. On the basis of these findings, we learned that those who carried out the massacre were using low caliber 22, 25 or 32 caliber weapons, that is, they could be revolvers, pistols. , rifles or guns. Here it is important to point out that in the region it is very common for residents to own weapons of this caliber since they are used for hunting.

In this case, it is clear that the target of the criminals was theft, because as the OIJ said, on the basis of the “quite a few signs” of such in the main house, as well as a broken window and several items that apparently were going to be stolen because they were ready to be towed, such as a welding machine, a power cutter and various farm equipment.

Additionally, in the community, it was well known that Sandusky had his property for sale and a rumor circulated that he had sold or received a deposit and kept money on the property, where he lived alone.

For the moment, the authorities are focusing the investigation on a group of criminals who in recent months have been assigned other thefts in the region (not only Buenos Aires but Pérez Zeledón, Osa and Corredores) and that at least one of them was that of Sandusky acquaintance.

Indeed, a few years ago, he had tried to rob the American, who had identified him and even denounced him to the Buenos Aires prosecutor’s office.

Likewise, it is presumed that they would be, as suspects, people very familiar with the area, traveling on motorbikes and using at least one all-terrain vehicle to remove stolen items, as the roads of the areas rural Buenos Aires, most are gravel and the streams must be crossed.