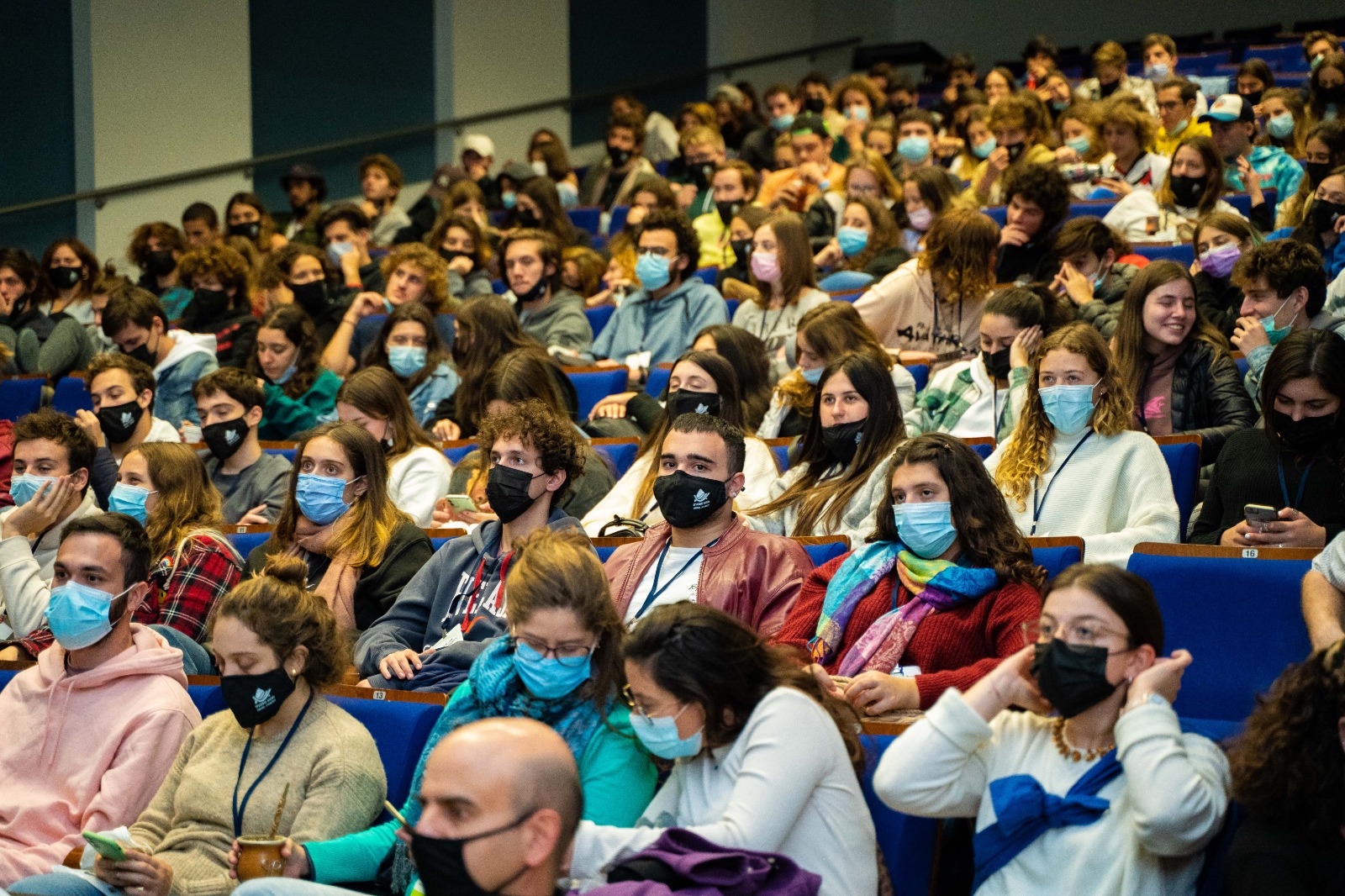 (December 9, 2021, Jerusalem, Israel, JNS wire) Masa Israel Journey, founded by the Government of Israel and the Jewish Agency, hosted its interactive Design Your Next Step conference in Jerusalem on Tuesday, December 7, 2021. Over 350 Masa Gap Year Fellows attended the event designed to improve their next step after their time in Israel.

With this cohort completing their programs in Israel, this interactive conference provided a wide range of sessions, tools and information to help fellows reintegrate into their home countries and maximize the impact of their programs. Masa CEO Ofer Gutman gave the opening keynote and Joanna Landau, Founder and CEO of Vibe Israel, led the opening session on Share your history of Israel. Five optional sessions and information workshops were offered, with topics ranging from identifying anti-Semitism on campuses to inciting social change such as:

â€œJust as they left their mark on Israel, we encourage these future Masa alumni to think about all the ways that Israel will stay with them,â€ said Masa CEO Ofer Gutman. â€œWhen they return to their campuses, our goal is to ensure that these community bonds remain and that young adults have the tools they need to have a meaningful impact wherever they go. If they can get involved and engage with others, the global Masa community, and the Jewish world as a whole, will remain stronger and more united.

The conference provided fellows from South Africa, Australia, North America, South America, Germany and England with the tools to maintain their ties with Israel and the Jewish world as they ‘they go back to their work or their campus life. In addition, several sessions have been designed to help fellows respond to the rise of anti-Semitism around the world and on college campuses. One of the main goals of the conference was to encourage fellows to take a break and reflect on their experiences as they prepare for an impactful next step.

â€œWhen I decided to participate in the Nativ Gap year in Israel, I knew I would embark on the trip of a lifetime,â€ said Becca Isenberg, a Masa Gap alumnus. â€œPeople ask: have you grown up, have you changed, have you lived? Absoutely. Israel is multifaceted, exposing me to so many wonderful and stimulating questions. This stay in Israel has helped me to grow in myself, to work to be strong and sensitive to the world around me. I am more than grateful that Masa allowed me to embrace the multiculturalism and diverse atmosphere that surrounds me in Jerusalem and Tiberias, ultimately preparing me for Columbia University in New York and making me the independent person. that I am today.

Naomi Acoca, 19, from Germany, said: â€œThe event was awesome! I learned so many new skills on how to describe Israel in front of my friends back home which allowed me to have a much better and more informed conversation. In addition, it was very interesting to learn more about the Israeli initiatives that portray Israel on social media and show the world a completely different image than what they usually see in the media.

Julian Frucht, 18, Connecticut, USA, and participant in a biannual Masa Gap Year program with Aardvark Israel, said: the future and while attending Syracuse University. I have become better at self-defense here by learning independence and living on my own. I have also always been in favor of Israel, but now, after living here for 4 months and experiencing the culture, I am more likely to stand up for it. [Israel] when I go to college.

During this year, Masa facilitates over 1,500 gap year experiences in Israel. Currently, more than 8,000 Masa Fellows in Israel are participating in long-term educational experiences, with thousands more expected to arrive later this programming year.

The fellows also shared their experiences of celebrating Chanukah in Israel. A group of eight Masa Fellows attended a candlelight at the residence of President Isaac Herzog on the eighth night of Chanukah, reflecting the President’s long-standing support for the Masa Israel Journey stemming from his tenure as President of the Agency Jewish for Israel. Fellows in attendance shared their personal stories and experiences in Israel with President Herzog, who underscored his continued support for the organization and its work to connect the Jewish world.

Clutch named Agency Coda as one of the top B2B software development companies in Latin America for the second year in a row.