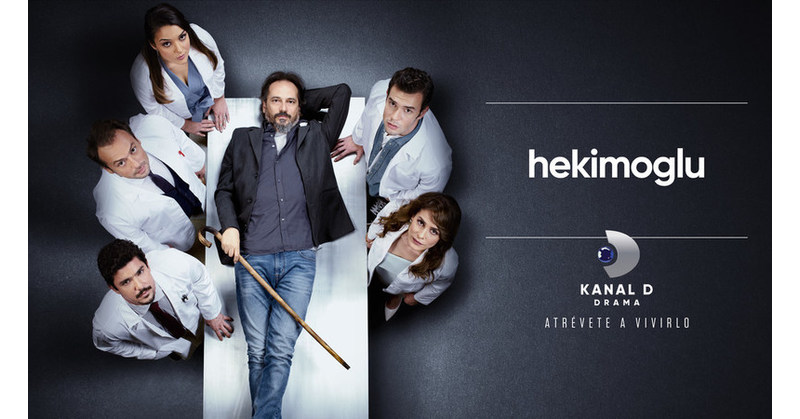 Audiences have always had a soft spot for medical drama on television for decades, and now more than ever in a post-pandemic era. In this series, the lead character, inspired by the award-winning medical drama Dr House, plays a doctor Sarcastic and anti-social. Dr. Hekimoglu, while unlikely, is a genius, and he has developed a great reputation for solving the most complex medical cases. I’m sure this gripping drama will resonate with Hispanic audiences from the first episode ” said Francheska León de la Barra, marketing director for Kanal D Drama in the United States and Latin America.

“Hekimoglu” is an adaptation of the famous American series “House, MD” The Turkish version stars Timuçin Esen (Cruzando Mares) in the lead role of Dr Ateş Hekimoglu, a renowned physician in infectious diseases and nephrology. Each episode of the series follows this exceptional doctor, with a somewhat gruff and antisocial character, as witty as he is arrogant, at the head of a team of young doctors, who do everything they can to help their patients and resolve cases. confusing medicals arriving. to the hospital.

“Hekimoglu” premiered in the United States on Drama Kanal D to November 16. It will air Monday through Friday at 8:20 p.m. East / 5:20 p.m. Pacific via Xfinity and Verizon FiOS (channel 1586), and it will also be available to stream through the Kanal D Drama app. Watch the official trailer here: https://youtu.be/Doy8915Hiec

Drama Kanal D is the leading 24/7 channel that features Turkish dramas in Spanish. It is owned by Kanal D International Networks and currently serves 14 countries on three continents. Result of a strategic alliance between Kanal D International and America Theme, he is responsible for the management, exploitation and distribution of the Spanish language programming of Kanal D Drama in United States and Latin America, including Argentina, Bolivia, Chile, Colombia, Costa Rica, the Dominican Republic, Ecuador, Panama, Peru, Nicaragua, and Uruguay. There are also other versions of Kanal D Drama in Albania, France, and Kosovo.

On America Theme: THEMA, a Canal + group company, is a leader in the distribution of thematic and multicultural content on all platforms for MVPDs (Multichannel Video Programming Distributors). It has a diverse portfolio of over 180 channels around the world. Its portfolio includes, among others, Kanal D Drama, in association with Kanal D International; MEZZO Live HD a Canal +, it also offers from Mexico flagship channels, Once Mexico and Canal 22 International, and the Dominican Republic Telemicro Internacional, among others.