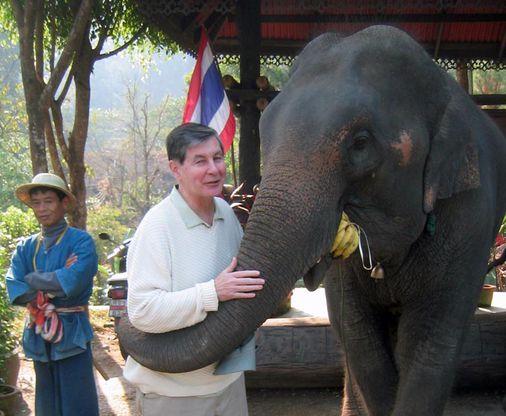 Juan Alonso, whose novels shone with a light “coming from within”, dies at 86

A novelist until Parkinson’s disease fled with his ability to use the words he loved, Mr Alonso was 86 when he died on July 10 at his Boston home, to which he had moved after living in Cambridge for many years.

A look at the news and events that shape the day, delivered a few times a week with a side of humor and a dash of attitude.

Mr. Alonso was a former professor at Tufts University, where he had been a respected professor of creative writing and world literature for more than 50 years, remembered by many for his popular “Literature of Chaos” course.

When he was in his twenties, the teaching job he was offered at Tufts allowed him to earn a living while focusing on writing.

“I had to support a family and consider alternatives,” he said in a 1971 Globe interview. Mr. Alonso added that he had no interest in continuing the “hackdom of tailoring his writing to appeal to bestseller lists, just so he could make a living just by writing.

“If I’m bored, the reader will be bored,” he said. “You have to believe in what you are doing to turn the page.”

Mr. Alonso had spent a year in Madrid after completing his higher education and serving in the Air Force Reserve. Upon returning to Greater Boston, he said in 1971, “I got my job at Tufts and found I loved teaching.”

A few years into his career, he garnered a lot of praise for his writing.

He said he wrote three unpublished novels before “The Chipped Wall” was accepted for publication and established his reputation as a writer in 1966, when he was 30.

At around 24,000 words, the brief novel is an exchange of letters between two middle-aged teachers, Rene and Perry. It turns out that Rene had participated in a 1936 uprising in a Spanish town during the Spanish Civil War and had helped shoot fascist soldiers.

A chipped wall, scarred by bullets, was all that remained of the incident years later, when Perry visited the city on a family vacation. The correspondence between the two focused on what happened in those violent moments.

“At the bottom of the garden, the wall is chipped,” Perry wrote to René. “Chest high, I note. Is this where the killings took place? I suspect not, since your modestly brief description of the events told me that they were done with great warmth and speed, without the endless formalities of a firing squad.

In a New York Times review, Eliot Fremont-Smith called the book “intense” and said “it shines like a jewel and its light comes from within”.

And novelist Russell Banks called the novel “a little gem of a book, with more facets cut into its 62 pages than can be found in most novels five times longer”.

Her father was Amado Alonso, a writer, linguist and critic who fought authoritarian regimes in Spain and Argentina before teaching at Harvard University late in his life.

Mr Alonso’s mother, Joan Evans de Alonso, was a British citizen who married Amado, moved with him from Spain to Argentina and then to Greater Boston. After Amado died, she taught Spanish and sought financial help from a friend to ensure their sons could attend college.

“She was just amazing,” said Mr. Alonso’s son, Marc, a publisher who lives in Old Lyme, Connecticut. “And she was as British as it gets until the end of her life.”

Mr Alonso called his father a “double exile”, who left Spain after angering dictator Francisco Franco. “During the Franco era, my father was a ‘person’ in Spain,” Mr Alonso told Tufts Journal in 2004.

In Argentina, Amado Alonso was an opponent of dictator Juan Peron, and for their safety the Alonso family moved to the United States. Amado ended up teaching at Harvard, but he never learned English well enough to fit in socially, a crushing turn of events for someone so gregarious.

“It pushed me to do my best to make American English my home,” Mr. Alonso said in the 2015 interview with his friend, writer Lyle Rexer.

Mr. Alonso is a graduate of Arlington High School, earned a bachelor’s degree from Harvard in 1957 and a doctorate from Brown University.

Her first marriage was to Jean Anderson, an activist and social worker. They had two children before their marriage ended in divorce. She passed away in 2013.

In 1980 he married Viola Thomas, who had recently retired as a French teacher at Tufts.

She remembers with admiration her persistence in writing and revising books even in the face of declining health, and when her later works did not attract as much attention as her early novels.

“He was very humorous in person, and also in his writing,” she said. “Everyone who knew him commented on how funny he was – some called him dry-witted. And it shows in his writing.

No memorial service is planned for Mr Alonso, who in addition to his wife, Viola, and son, Marc, is survived by his daughter, Melissa of New York, and a brother, Ramon of Cambridge.

“He was an incredibly funny, warm and sociable guy. He made friends from all generations, all his life,” said Marc, who had worked with Mr Alonso to release new work and reissue titles. older.

“Reading and writing was his life for him, ever since he was a young man,” Marc said. “Writing to him was literally everything, that’s what made Parkinson’s a nightmare.”

Founder of the quarterly arts publication New Boston Review, Mr. Alonso has written novels including “The Passion of Robert Bronson”, “Althea (Adam and Eve’s Divorce)” and “Killing the Mandarin”. His short story collections included “The End” and he also wrote scholarly essays.

“For me, the most important rationale for fiction is the exploration and presentation of living people in a compelling way,” he said in the 2015 interview with Lyle Rexer.

“And, of course, it has to be entertaining, or lose the right to exist,” Mr. Alonso said of his writing. “I even like that it is, among other things, funny, even in the teeth of what is called ‘reality’. “

Bryan Marquard can be reached at [email protected]