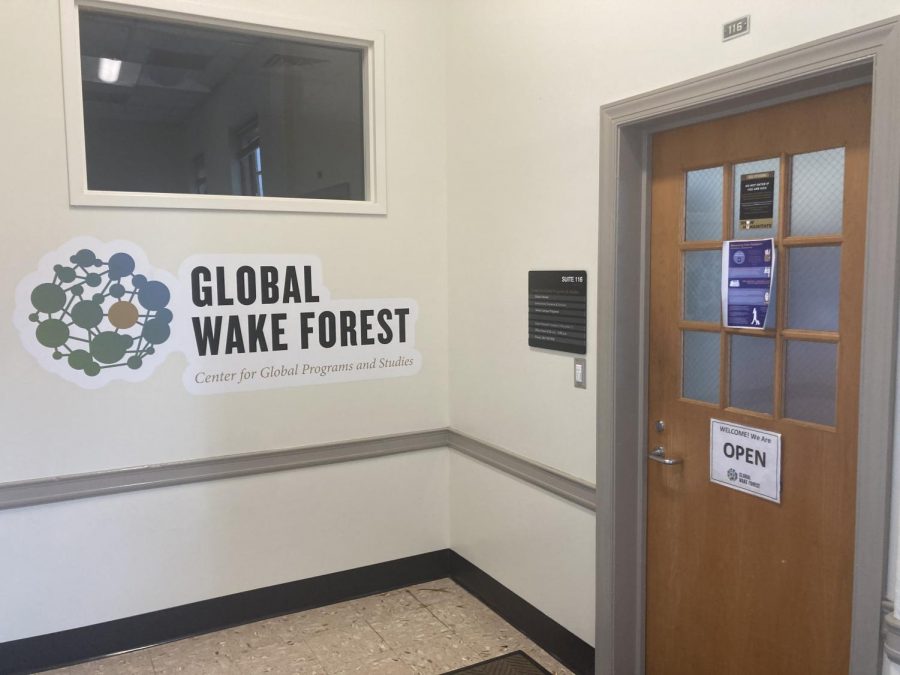 Jessica Cao, a junior from Shaanxi, China, arrived at the airport four hours before the flight’s departure time in Shanghai, only to see a long line in front of her. Ninety percent of the queue consisted of international students with huge stuffed suitcases trying to get to their college campuses.

She waited two hours before it was her turn to check in. After 8 p.m. with little to eat or drink, she arrived in the United States.

It was a typical campus return trip for an international student.

While Wake Forest has decided to start the fall 2021 semester on August 23, “with the assumption that improving public health conditions will allow a full offer of in-person classes on the Reynolda campus,” many students Internationals who had studied remotely in their home countries for almost an entire academic year had to return to the United States and take courses on campus.

Wake Forest has decided to begin the fall 2021 semester on August 23, “with the assumption that improving public health conditions will allow for a full offer of in-person classes on the Reynolda campus.” This meant that many international students who studied online in their home countries for almost an entire academic year had to return to the United States and take courses on campus.

According to Axios, the US State Department’s Office of Consular Affairs announced in April that international students from countries banned from traveling due to COVID-19 would be allowed to enter the United States under the exemption. national interest, provided they have appropriate visas, negative COVID-19 tests within three days of travel, and academic programs starting August 1 or later.

When Wake Forest finalized the decision to return to a full list of in-person offerings, most international students were happy and excited to return to campus. Some, however, harbored more mixed feelings.

“On the one hand, I’m very excited to be going back to campus and I really miss school life,” said Steven Chen, a senior who spent his entire freshman year in China. “On the other hand, I am very concerned about COVID-19 because it is going to be a lot of people and interactions. “

Marina Velasco, a sophomore from Lima, Peru, echoed the sentiment. “I was happy, but I was worried because I know some people don’t really care about COVID-19 anymore,” she said. “I take it seriously, and I don’t want to get infected because other people think it’s all back to normal, we can do whatever we want.”

At the administrative level, International Student and Scholar Services (ISSS) has been working hard all summer trying to respond to inquiries regarding healthcare, online registration, other options for students unable to return to campus and direct students to other departments when issues were outside their area of ​​expertise.

“We are pleased that so many international students have been able to enter the United States,” said the ISSS, “and we look forward to meeting and helping this population enjoy their time in Wake Forest.”

In addition to concerns about physical safety and health, leaving home again after a year caused some homesickness and had to readjust to independence. For example, Elena Yang, a senior from Buenos Aires, Argentina, said her biggest concern about her return was that she had to do laundry and other household chores on her own again.

“I kind of have to do it all on my own. I have to take care of myself, ”she said. Before Yang left the house, she asked her mother how to be independent.

Many international students chose to return to their home countries in the spring of 2020 and take online classes for a full academic year during the pandemic, which meant living with their parents as a student.

“The pandemic has caused a huge disruption for everyone,” said Christy Buchanan, professor of psychology at Wake Forest.

From a student’s perspective, “you come home from college where you live independently, then you have to go back to living under your parents’ roof and now you’re a kid again. It can be embarrassing, ”Buchanan said.

However, after spending a year at home, upon leaving for college, the feeling of “happy but lost” struck both parents and children.

“People are going through what is normal to go through once again,” she said.

Some students who chose to stay in their home country simply took a year off.

Carol Chen, a junior from Jiangsu, China, is taking a year off because the “Go Local” program in Shanghai, China is canceled due to COVID-19. Chen is now looking for internship opportunities in China.

Chen accepted the program’s cancellation fairly quickly, however, and she’s looking forward to what’s to come this year.

“If you take a break for a semester or two, it can really help you think about what you want to do in the future,” Chen said. “Having some practical experience, I can know why I am learning all this knowledge in college instead of just memorizing it. “

Given the circumstances, it is a matter of making choices, and there is no definite right answer.

“Life is full of transitions that we have to get used to, and the pandemic has created more of them,” said Prof Buchanan.

Olé: the Spanish teacher is a winner in all languages