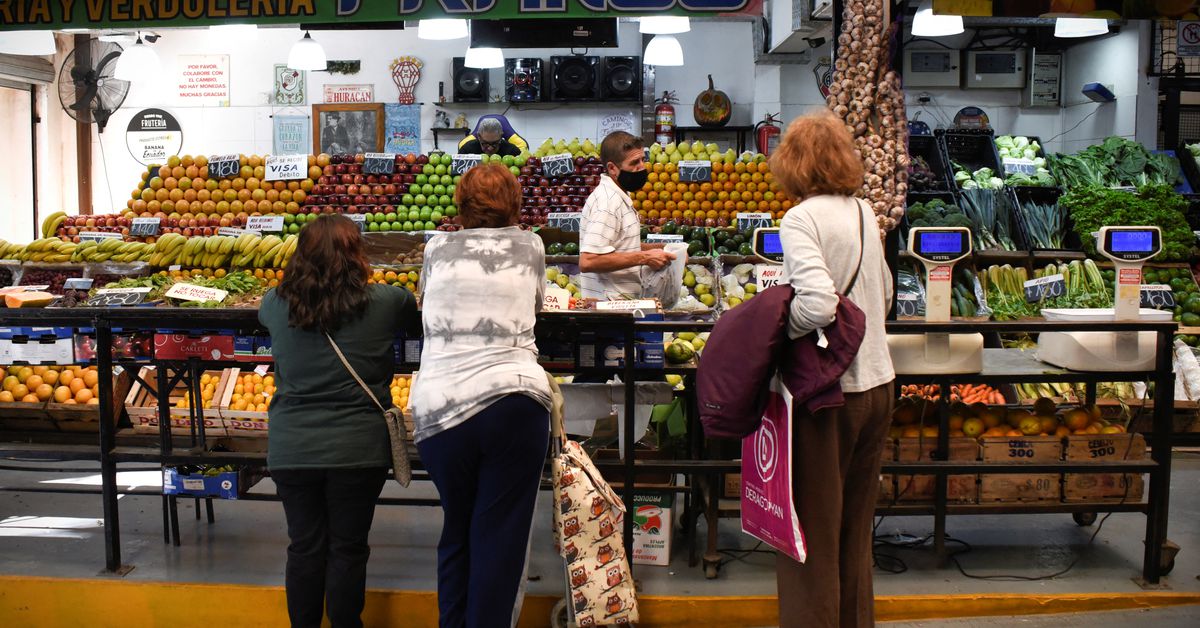 Inflation in Argentina, the highest in decades, at 6.7% in September

BUENOS AIRES, Oct 12 (Reuters) – Argentina’s inflation rate likely eased slightly in September to 6.7%, according to a Reuters analyst poll, but remained stubbornly high overall, supporting forecasts that it could top 100% this year, the highest annual level since the early 1990s.

This monthly rate would be lower than a price increase of 7% in August and a peak of 7.4% in July. The South American country is battling to bring down one of the highest inflation rates in the world.

The projections were made by 16 analysts polled by Reuters, with estimates ranging between 6.5% and 7%. A survey by the Argentinian central bank estimates inflation at 100.3% in 2022.

“Inflation will remain very high and we expect it to increase to 6.5% in September and then decline moderately to 6% per month in the last quarter,” said Cohen SA, local settlement and clearing agent. , adding that the end of the year would be difficult with falling exports and growing pressure on government spending.

The country’s high inflation rate has prompted the central bank to repeatedly raise the interest rate to the current level of 75%. The bank is debating whether to raise interest rates again, a source close to the bank told Reuters on Tuesday.

“We are witnessing the highest accumulated inflation for the first nine months of the year since 1991,” consultancy Libertad y Progreso Foundation said in a report.