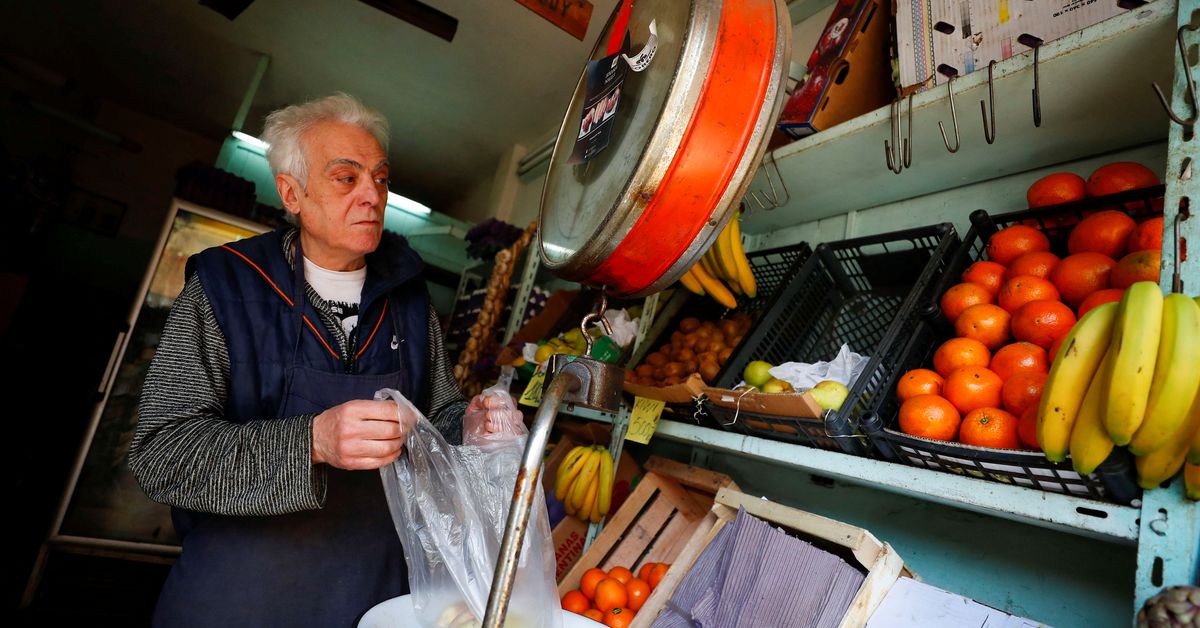 BUENOS AIRES, Sept 14 (Reuters) – Monthly inflation in Argentina beat forecasts at 7% in August and soared to nearly 80% from a year earlier, a government agency reported on Wednesday, despite efforts officials and central bankers to curb soaring prices.

The month-on-month inflation reading, reported by statistics agency INDEC, was colder than July’s 7.4% but above the 6.6% forecast by median analysts in a Reuters poll.

The South American country, a major grain producer, has one of the highest inflation rates in the world. The situation has been made worse by rising global food and fuel prices and has dented the popularity of President Alberto Fernandez’s centre-left government ahead of next year’s elections.

The government has pushed retailers to freeze certain prices, with some supermarkets rationing purchases of staples like flour, sugar and milk in a bid to control prices. However, purchase costs have skyrocketed.

“Week after week, you seem to be spending twice as much,” Graciela Negretti, a 67-year-old retiree in Buenos Aires, told Reuters.

“I went to the supermarket yesterday and came home just sick. I told my kids that surely things couldn’t go up that much in a few days.”

Inflation in the 12 months to August hit 78.5%, while prices rose 56.4% in the first eight months of the year. A central bank poll recently predicted that Argentina would end the year with an inflation rate of 95%, while some private analysts predict it will reach 100%.

Lucia Estevez, 38, an interior designer, told Reuters many people were missing out at the end of the month as inflation devalued their wages, forcing people to cut out the little luxuries they had enjoyed.

“You always try to stay afloat,” she said. “You never have anything available to heal yourself.”