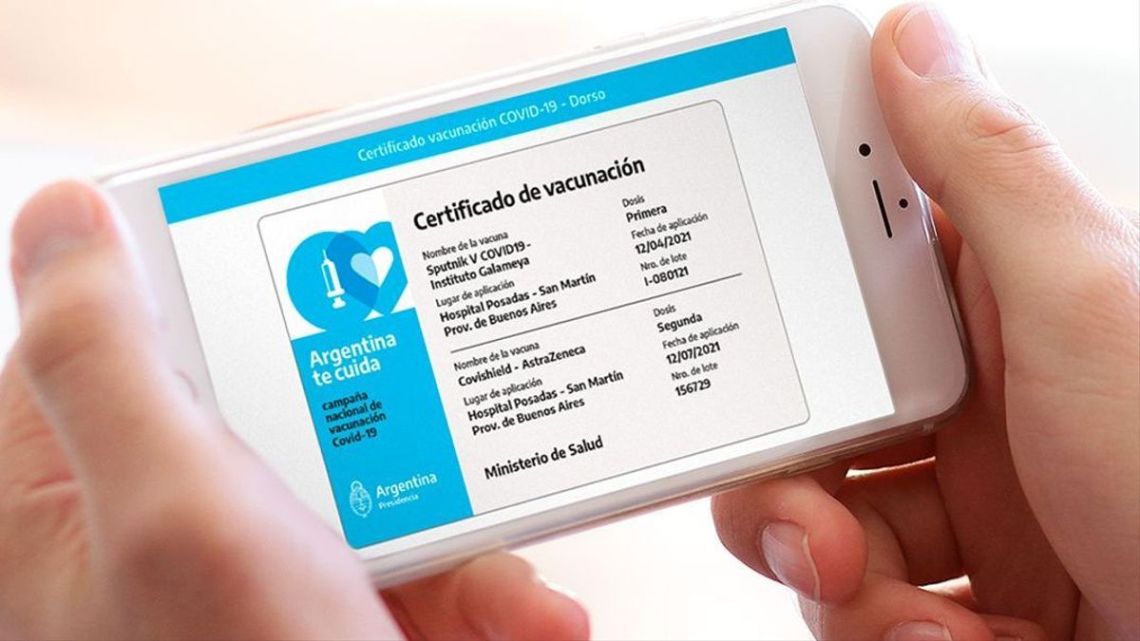 The Argentine government has announced the introduction of a Covid-19 health pass for ‘mass events and indoor recreational activities’ following a small but steady rise in coronavirus infections in recent weeks .

Under the new rules, all people over the age of 13 will have to prove that they have been fully vaccinated against Covid-19 (both doses) in order to participate in activities of “high epidemiological and health risk” due to the concentration of people in one. take place, the health ministry said on Monday.

The health pass, accessible through a government app, will serve as proof of vaccination for those wishing to attend events at nightclubs, party halls and indoor events. It will also be necessary for those who wish to join large groups or attend mass events with a capacity of over 1000 people, whether taking place indoors or outdoors.

Similar passes have already been introduced recently by a number of regional governments, including the provinces of Buenos Aires, Tucumán, Salta and Jujuy. The policy will now be mandatory nationwide, effective January 1.

In a statement, the government said the measure “represents a key tool to maintain the gains of the current situation, reduce epidemiological risks and continue to provide protection against Covid-19 to more and more citizens”.

Detailing how citizens and residents in Argentina can get a pass to accredit their vaccination status, the health ministry said people should update or install its Cuidar mobile phone app. Those who cannot access the app will need to request a vaccination certificate from their local authority, officials said.

Argentina, with a population of around 45 million, has seen a slight increase in cases in recent weeks, although infection rates remain low compared to last June, when more than 30,000 new cases were reported daily.

Over the past seven days, the country has recorded an average of 2,500 new infections and 16 deaths per day, according to an assessment based on official data by the AFP news agency. In October, the rate was around 1,000 infections per day.

Since the start of the pandemic, Argentina has recorded more than 5.35 million infections and 116,771 deaths from Covid-19.

More than 31 million people have already received two doses of the coronavirus vaccine, while another six million have received the first dose but have not received the second.