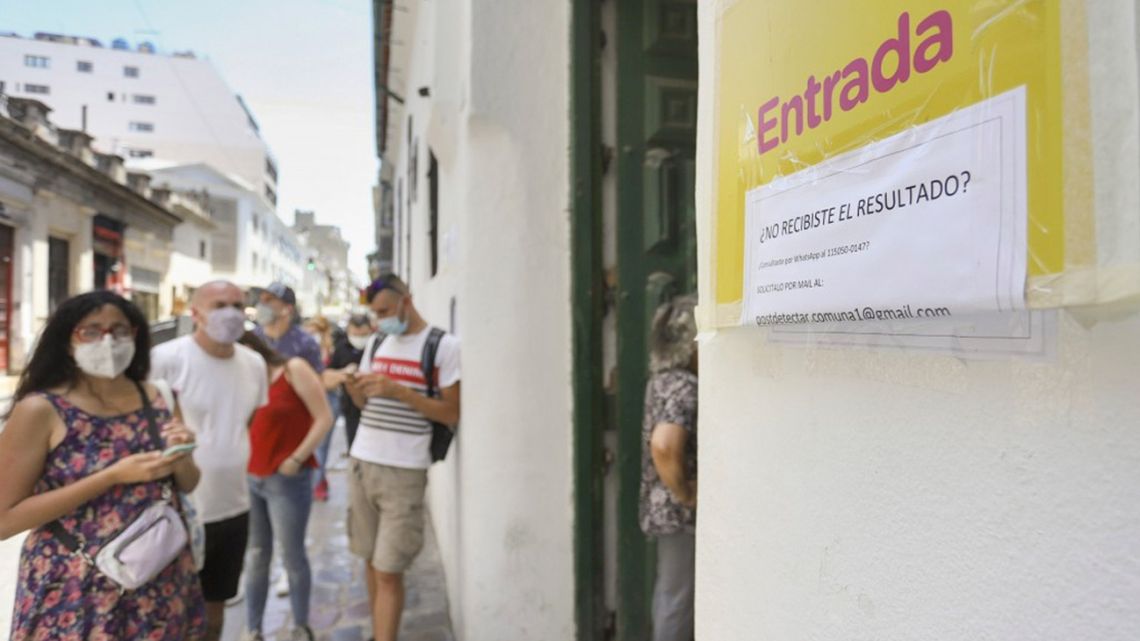 The Argentine government on Tuesday reported a staggering increase in confirmed cases of Covid-19, with infections reaching 9,336 in the previous 24 hours – an increase of nearly 4,000 the day before.

In addition, 24 deaths have been recorded, the health ministry confirmed.

The tally will increase officials’ concerns – the last time Argentina exceeded such a total was on August 19, when more than 10,500 cases were recorded nationwide.

According to the latest official report, the total number of deaths since the start of the pandemic now stands at 116,953, while the number of infected people now stands at 5,404,380.

Government officials said on Monday that Covid infections had increased by more than 75% over the past week.

f the total number of people infected, 5,240,512 have already recovered, of which 46,915 still suffer from the disease, according to the Ministry of Health.

The Argentine government has asked the population to be extremely vigilant given fears over the arrival of the Omicron variant, which was first detected on December 5 in the province of San Luis, after a traveler fully vaccinated recently returned from South Africa tested positive for the new strain.

Since then, at least four more cases of Omicron have been confirmed, according to an official report in mid-December, without any updated data on the evolution of this variant having been released to date.

According to the Ministry of Health, Argentina has “the stock of doses necessary to start and complete the current programs and to vaccinate with additional and booster doses all the inhabitants of the national territory”.

The government has announced that a new Covid health pass detailing vaccination status will be required, starting January 1, for all people over 13 who wish to participate in indoor activities or mass events in spaces. open. Some jurisdictions have anticipated the decision due to the increase in the number of cases in their regions.

In the province of Buenos Aires, home to nearly 40 percent of the country’s population, the pass went into effect this week. Governor Axel Kicillof said a few days ago that the earlier date was a response “to the fact that cases have increased by 33% in the province in one week,” he reported.

Since the start of the pandemic, Argentina has recorded nearly 5.4 million cases of Covid-19 and 116,930 deaths. The occupancy rate in intensive care units currently stands at 34.9% nationwide.