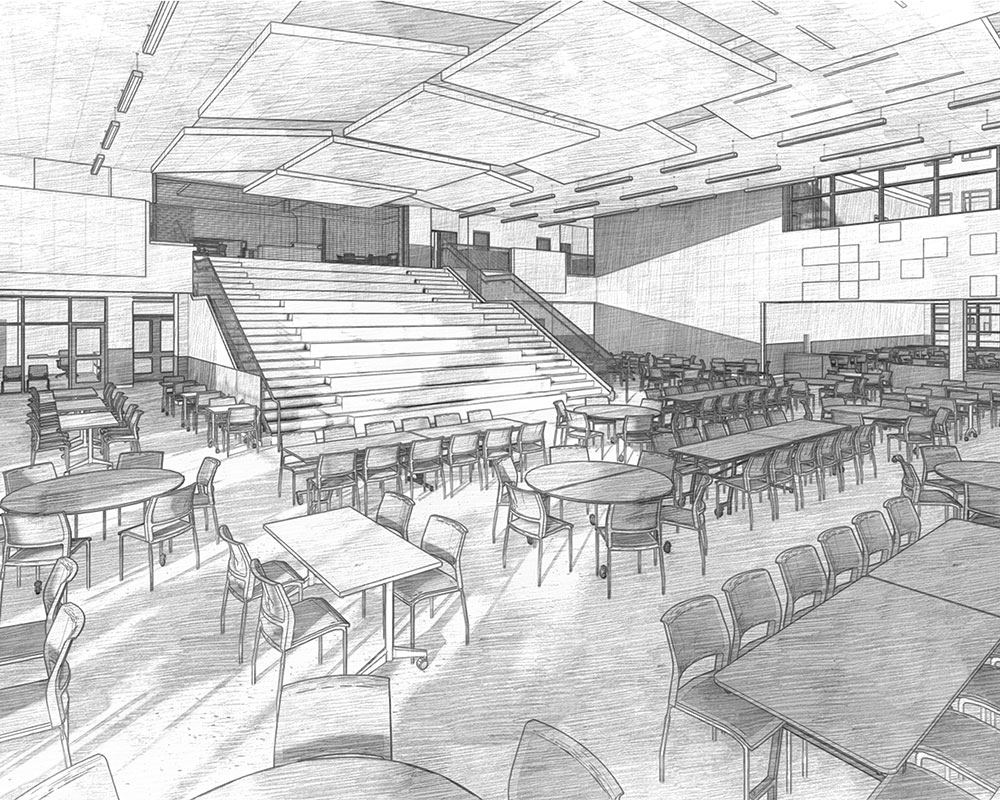 Tonight’s audience will be able to see the most recent design of the $156 million replacement Dr. Albert B. Consentino School.

A presentation by the school administration and outside project manager and architect is taking place tonight, 6-7 p.m., at Consentino School, 685 Washington St. The program is in English with Spanish translation. Mayor James J. Fiorentini reported last Thursday at a regular school committee meeting on the success of his collaboration with the Massachusetts School Building Authority.

“Yesterday was a great day for the town of Haverhill at the MSBA. Yesterday the Consentino received its final approval,” he said.

The 1969 building will house 1,080 students, like the new Caleb Dustin Hunking School across the river. Of the $156 million price tag, which could increase further by 2025, the state will pay around $70.5 million.

School board member Richard J. Rosa told WHAV that a decision was made to go for a taller building to preserve the grounds for sports fields. He noted that a state reimbursement formula is capped based on price per square foot, but has not been updated to reflect post-pandemic costs.

Children of all ages are welcome at the Consentino preview and refreshments will be available. Transportation is also available from MakeIT Haverhill, 301 Washington St., between 5:45 p.m. and 7:15 p.m.

“On October 26, the MSBA Board of Trustees invited the City of Haverhill to participate in the Expedited Repair Program for the Moody Nursery School Boiler as well as the Silver Hill School Boiler,” it said. -he declares.

Last December, the school board learned that Fiorentini had unilaterally scuttled the planned replacement of windows, doors and boiler at the 108-year-old William H. Moody School. MSBA spokeswoman Maria Puopolo told WHAV at the time that window, door and boiler replacements were omitted after consultation with the mayor. Fiorentini said he’s worried the high costs will “probably mean redoing the whole building, spending millions of dollars on Americans with Disabilities Act (ADA) upgrades.”

Rosa led the charge in seeking financial assistance to replace aging heating systems at these two schools. The MSBA should pay more than 70% of the replacement costs.

A young Dutch company opens a subsidiary in Spain