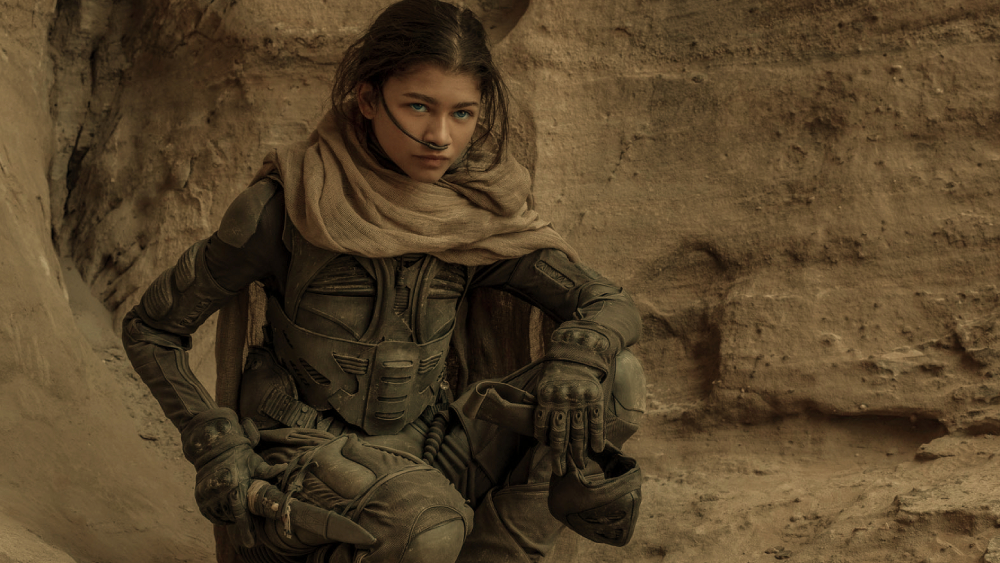 A Guadalajara Film Festival In Person (FICG), which has moved its traditional dates from spring to fall, will run from October 1-9 this year. It opens with Dennis Villeneuve’s â€œDune,â€ after his splash in Venice, and ends with the North American premiere of the first two episodes of Netflix’s animated series â€œMaya and the Threeâ€ by Mexican Jorge GutiÃ©rrez (â€œThe book of life “,” El Tigre “).

Given the ongoing pandemic which is still hampering some travel, the festival expects fewer participants. Talk to Variety In mid-September, festival director Estrella Araiza said that at that time the festival had around 300 confirmed attendees compared to normally up to 1,500.

Theaters will be at 50% capacity at the festival even though Mexico has seen most theaters open at 100% capacity. “We want to adhere to the strictest protocols to ensure the safety of our customers,” noted Araiza.

Some activities, such as the Masterclasses, will be available online. New this year, the live talk show â€œHow Do You Say FICG? , Hosted by Mexican comedians Chumel Torres and Michelle Rodriguez, will also air online on the festival’s social media sites. Chumel used to host an HBO talk show called “Chumel con Chumel Torres”, produced by Endemol Shine Boomdog. An actress and singer as well, Rodriguez also has a development deal with Endemol Shine Boomdog, the Mexico-based division of Endemol Shine North America.

The festival also plans to showcase new TV series as part of its all-new Episode Zero sidebar, which features TV series in development.

This year’s 36th edition promises a host of feature films, documentaries, animated feature films and short films, almost evenly split between male and female filmmakers, especially feature films. â€œOur biggest challenge has been to reject certain films,â€ said Araiza, who observed an overabundance of photos on the festival circuit as many filmmakers waited for last year’s pandemic peak to release their films. Most Mexican films competing for the Premio Mezcal have their world premieres.

The near gender balance brought out more female perspectives in programming. Among them, the feature film in competition by Violeta Salama, “Alegria” (Spain), a wellness story that transports us to the Spanish enclave of Melilla to observe an exotic Jewish wedding, with a stellar cast led by Cecilia Suarez (“The House of Flowers”) and Leonardo Sbaraglia (“Pain and Glory”).

â€œClara Solaâ€ is the haunting debut feature from Costa Rican Nathalie Ãlvarez MesÃ©n, which stars novice dancer and actress Wendy Chinchilla Araya who plays the titular Clara. It is both a story of sexual awakening and mysticism on the edge of a lush green forest in Costa Rica.

â€œMedusa,â€ the latest photo by Brazilian Anita Rocha da Silveira, is a mix of genres, including horror, musicals and some comedies, where the main character and her gang of friends wear masks while they embark on a twisted self-defense mission. to punish women they think are promiscuous.

Other FICG stars include â€œThe Employer and the Employeeâ€ by Uruguayan writer Manolo Nieto, picked up by Latido Films ahead of its world premiere at the Cannes Film Festival, which won Development Awards from the Latin Film Festival of Toulouse, the LoboLab in Mar del Plata and San SebastiÃ¡n. WIP Latam.

Set in the countryside, the social thriller follows the parallel life of a man who runs the family agribusiness and the young man he hires, despite the lack of a license and the young man’s inexperience, to drive the one of the biggest combine harvesters on the farm, triggering a tragedy that resonates throughout the film.

Ivan Fund’s “Dusk Stone”, an Elle Driver sales pickup, arrives at FICG after its world premiere in Venice, followed by its screening at Horizontes Latinos and Biarritz in San Sebastian. Set on an Argentinian coast, the film blends fantasy and reality as the grieving parents of a lost boy seek answers to his disappearance.

Boutique Sales Company pickup truck “Mostro”, the first feature film by Mexican director JosÃ© Pablo Escamilla, highlights numerous unresolved cases of missing women in Mexico as it attacks two teenagers, Alexandra and Lucas , whose life is turned upside down by the disappearance of Alexandra. one day.

Among the Ibero-American documentaries competing for the first prize of the FICG is the first black and white feature film by Mexican Carlos Alfonso, â€œDirty Feathersâ€, which premiered at the Berlinale. The docu takes a look at the lives of some homeless people living in the border towns of El Paso and Juarez, which include a grieving father, a veteran and a 16-year-old as they grapple with a trauma, drug addiction and police brutality.

â€œLa Llevada y la TraÃ­daâ€ by Ofelia Medina traces the annual six-mile journey of the Virgin of Zapopan through the Mexican state of Guadalajara, joined by around two million pilgrims.

Brazilian documentaries include “Edna” by Eryk Rocha and “Mariner of the Mountains” by Karim Ainouz which invariably deal with the past and its impact on the present and the future. Luiz Bolognesi’s “The Last Forest” focuses on the insidious gold mining in the Amazon that has poisoned the waters and brought deadly diseases to indigenous communities, especially the Yanomami tribe.

Most of FICG’s feature films and short animated films come from the famous animation festival in France, Annecy, directed by Danish â€œFleeâ€ by Jonas Poher Rasmussen and Brazilian â€œBob Spit – We Do Not Like Peopleâ€ from Cesar Cabral.

The award-winning Venice short film “The Bones” by Chileans Cristobal Leon and Joaquin Cocina is one of 15 short animated films competing for the awards.

“They made us the night”, Antonio HernÃ¡ndez (Mexico)

“The Silence of the Mole”, AnaÃ¯s Taracena (Guatemala)

The bucket covers the generational gap