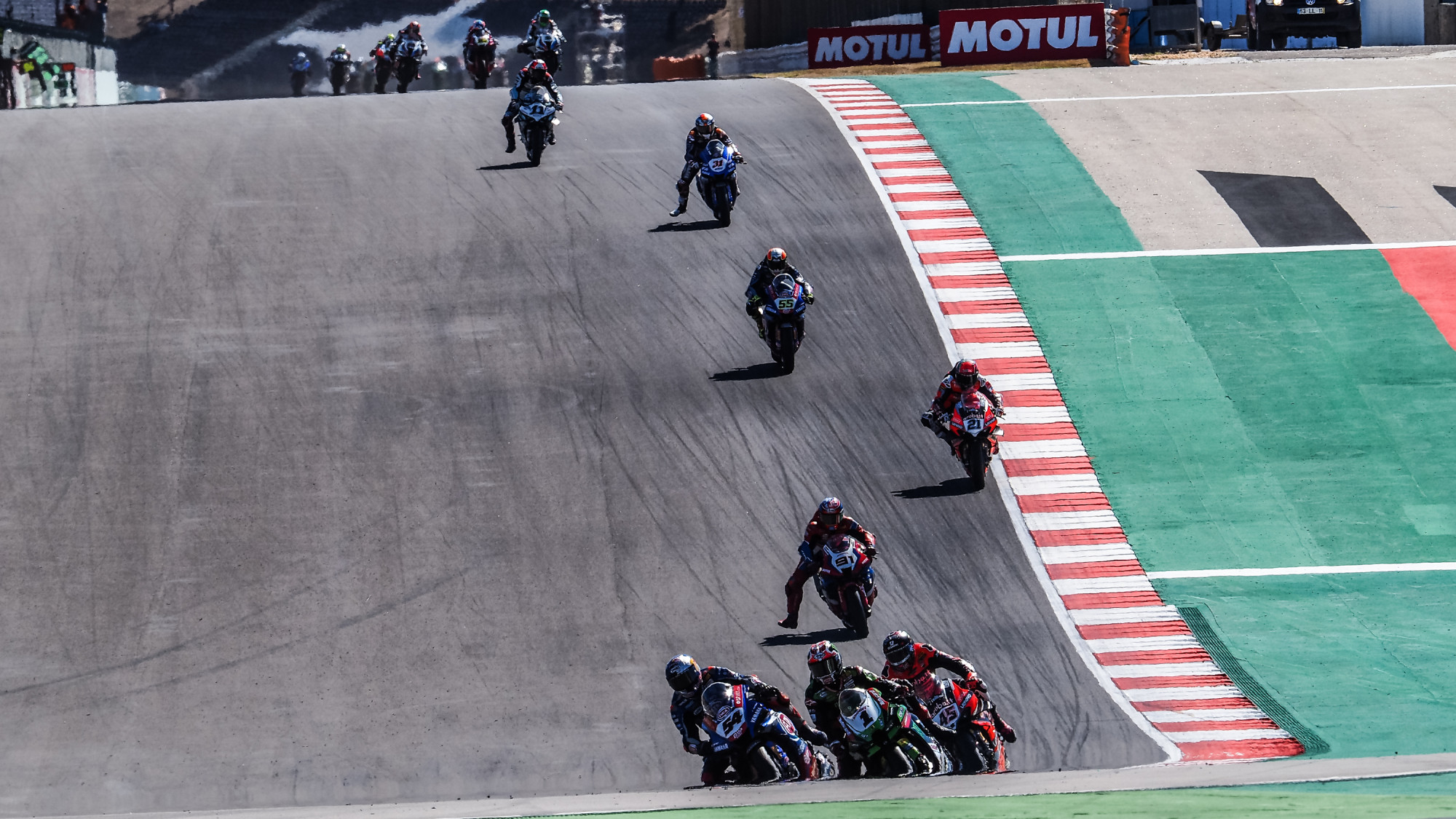 The 2021 MOTUL FIM Superbike World Championship arrives in Argentina and Circuito San Juan Villicum in San Juan for the Argentina Motul round. At the foot of the Andes and in one of the most picturesque settings on the calendar, a question arises: who will reach the top of WorldSBK this year? Toprak Razgatlioglu (Pata Yamaha with Brixx WorldSBK) leads the championship with a 24-point lead, ahead of Jonathan Rea (Kawasaki Racing Team WorldSBK), making Argentina their first match point of the season. Rea is aiming to cut the margin and keep the title race alive, but who knows what will happen in one of the most unpredictable seasons in WorldSBK history.

RAZGATLIOGLU VS REA: A fierce rivalry heads to South America

With 24 points ahead of Argentina, Toprak Razgatlioglu can mathematically take the title this weekend. In short, Razgatlioglu must lead by 62 points or more towards Indonesia, even taking the scoring into account. He’s won ten full races, up from five currently by Rea, so even though Rea has won the remaining four full races and finished level, Toprak already has a countdown lead in his pocket. In order for Toprak to win the Championship on Sunday, he must finish ahead of Rea in Race 1 (or score one point higher than himself at least). This means that if Rea wins race 1, the title race is guaranteed for Indonesia. In terms of form in San Juan, Razgatlioglu notched a second podium of his career in the first WorldSBK race in 2018 and took three podiums in 2019. His teammate Andrea Locatelli has never seen this track, so it will be a totally new experience for him.

While Toprak must beat Rea to try for the title on Sunday, Jonathan Rea must beat Razgatlioglu in Race 1 to ensure the title race goes to Indonesia. The six-time reigning world champion has won four of the five races in San Juan and he is on the podium in all of them – joined by Toprak in four. Rea has the wind in its sails because despite a lead exit twice in Portimao, he managed to win in Race 2 while Toprak fell due to a mechanical failure. The Ulsterman has a decisive Saturday ahead, coincidentally Toprak’s birthday, as he goes to retain his crown. However, there is no confirmation yet that his teammate Alex Lowes will be present, having been declared unfit after FP2 at Portimao. Lowes, if he’s fit, will he be the perfect winger in Argentina?

While waiting to pick up the pieces and largely catch up, Scott Redding (Aruba.it Racing – Ducati) is still in contention for the championship. 54 points behind Razgatlioglu’s # 54 and on the podium in all of the last six races, and in eight of the last nine, Redding cannot be more than 61 points behind Razgatlioglu after Sunday. Redding closed the gap by 20 points in Portimao and with the type of form he’s in he may be able to do more in Argentina, although it’s a new lead for him. His team-mate Michael Ruben Rinaldi can never be ruled out, even after tricky laps in Jerez and Portimao. He has never been in the top ten in Argentina, but will have to perform well if he wants to consolidate his top four in the championship, which he shares with Locatelli; both on 249 points and eager to move forward.

BMW AND HONDA: both in the battle for the podium

After a first victory in eight years, BMW arrives in Argentina with many reasons to smile. Michael van der Mark (BMW Motorrad WorldSBK Team) won the Superpole Race in the rain in Portimao and was a strong top six contender all weekend. He is now sixth in the Championship standings, 38 points behind Rinaldi and Locatelli ahead of him. However, anything can happen; Van der Mark’s last visit to Argentina saw him finish fourth in the complete races and then sixth in the Superpole Race. On the other side of the box, the presence of Tom Sykes remains unknown as he will have to be declared fit. Eugene Laverty, his replacement in the last two races, placed in the top five at Circuito San Juan Villicum and was seventh in his last race in 2019.

It was the story of â€œwhat could have beenâ€ for Honda at Portimao, with Alvaro Bautista (Team HRC) once again showing podium potential. Unfortunately, the promise was not kept as Bautista fell from third place on the last corner of the last lap of Race 1 before being knocked out by Loris Baz two laps from home. Bautista is heading to San Juan with the same potential, and he won his first visit to San Juan in 2019. With big wins and podium goals, Bautista wants to regain some ground in the standings and get more stands to his name. Then there’s Leon Haslam (Team HRC), the British rider setting off in search of the front row back-to-back for the first time since Aragon and Assen in 2015. He also hopes to add his name to the podium this weekend, after being in the mix in Portimao.

INDEPENDENT: a battle at the front and a taste of the success of the reunion …

The battle for the IndÃ©pendants will rage again as Garrett Gerloff (GRT Yamaha WorldSBK Team) aims to consolidate his leadership position. Gerloff is eighth in the standings and just six points behind Alex Lowes’ Kawasaki factory. Behind Gerloff and keeping him in his sights, Axel Bassani (Motocorsa Racing) continues to be a revelation of the final rounds and will make his debut in Argentina this weekend; he is 24 points behind Gerloff, none of them having been at Circuito San Juan Villicum. With Chaz Davies (Team GoEleven) hoping for a return to action, he aims to be competitive as he recovers from injury; Kohta Nozane (GRT Yamaha WorldSBK Team) will also make his San Juan debut.

The Kawasaki Puccetti Racing team has Tito Rabat for the Argentinian Motul round as he also makes his debut in San Juan, while Isaac ViÃ±ales (Orelac Racing VerdNatura) returns to a track where he took third place in the 2019 WorldSSP season. Christophe Ponsson (Gil Motor Sport – Yamaha) is next and will make his first appearance on the track in WorldSBK, while local hero Leandro ‘Tati’ Mercado will carry the Argentinian flag high in the hope of maintaining his good form, after having returned to the top eight in Portugal. Loris Cresson (OUTDO TPR Team Pedercini Racing) is absent from the Argentinian Motul round after his injuries in Portimao, replaced by Marco Solorza, the Argentinian who participated in various championships, from the FIM Superstock European Championship to the Spanish Superbike class. His teammate will be another Argentinian rider; Luciano Ribodino is making his WorldSBK debut, the 27-year-old being the Argentinian Superbike champion in 2017 as well as the Brazilian Superbike champion in the same year.

This is an unmissable round and it is a determining factor in the history of 2021: watch all the races LIVE with the WorldSBK VideoPass!