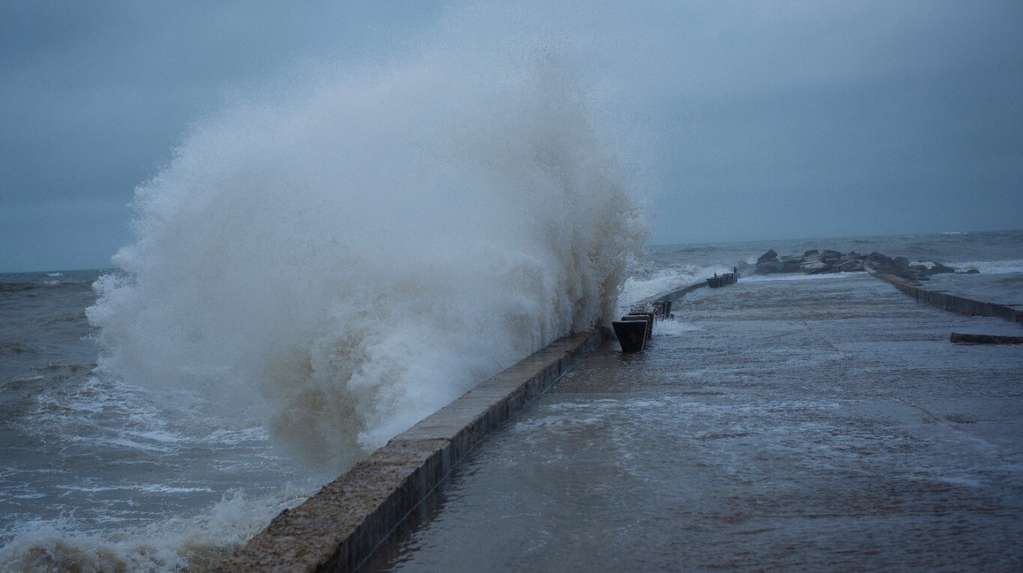 Extratropical cyclone: ​​alert to the unusual phenomenon that may affect the coast of Buenos Aires

The National Weather Service (SMN) has warned that a “rare” phenomenon with the characteristics of a “extratropical cyclone” It can affect the eastern coast of Buenos Aires today.

The SMN warned that there could be “several days of heavy rain and winds At least until Tuesday.

I also read: Temporary in the AMBA: fallen trees, broken roofs and winds of 126 kilometers per hour

The National Meteorological Service clarified that there will be “intense winds and rains in the southeast and east of the province of Buenos Aires, then will move northeast, away from the mainland, which will cause winds from the southern sector with speeds between 45 and 55 kilometers per hour and gusts of up to 75 kilometers per hour”.

The SMN warned that “the Atlantic coast and the Río de la Plata could be affected by the outer part of the cyclone” and that tuesday “It is possible that this region will experience very windy conditions again, with gusts between 50 and 70 kilometers per hour.”

The National Weather Service said “it’s very rare that at these latitudes a warm-core system forms” and that “these characteristics are typical of tropical systems, better known as hurricanes or tropical cyclones”.

The SMN clarified that although this type of phenomenon “is not very frequent in our region”, they have been recorded on other occasions over the Atlantic Ocean, off the province of Buenos Aires, of Uruguay and southern Brazil.

The National Weather Service mentioned that the last cyclone of these characteristics occurred around the end of June 2021 and was named Raoni.

The SMN suggested ahead of the “extratropical cyclone” alert in the east coast of Buenos Aires that it is essential that the population “remains informed and take action caution against very intense wind events” and who “periodically consult the Early Warning System”.