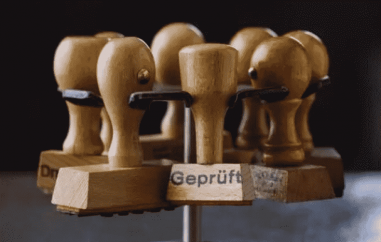 The Berlin Court of Auditors called on the red-green-red coalition for more transparency in finances and a stricter austerity process before taking power. At the same time, the President of the Court of Auditors, Karin Klingen, warned on Monday during the presentation of the 2021 annual report not to overstretch the Corona emergency declaration to circumvent the debt brake.

As a result of the corona crisis, Berlin’s state budget debt reached a record high of 63.7 billion euros at the end of 2020. The reason is newly raised, loans related to the pandemic of 7.3 billion euros, the House of Representatives paved the way for this in 2020 by declaring an extraordinary emergency.

However, according to the Court of Auditors, such high loans were not at all necessary to deal with the pandemic in 2020; according to the auditors, half a billion euros in emergency loans would have been enough. In addition, the Court of Auditors criticized the state for placing 5.4 billion euros in emergency loans in a pandemic reserve for the following years in order to spend the money for other purposes.

“Emergency loans should not be used to finance additional measures that have always been desired, but should be used to combat the emergency,” ACA President Klingen said.

More than 4 billion euros of emergency loans have not yet been spent, a small part has been used to finance university buildings, for example, although they have nothing to do with the corona emergency . The “lump sum savings” from these emergency loans “violate the budget law,” Klingen said.

The debt brake provides for emergencies in which higher loans and debts can be incurred, he said. But these credits can only be used to fight the emergency and not for other political purposes.

Also in view of the future red-green-red coalition of old and new partners of the SPD, Greens and Left alliance, the Court of Auditors calls for a clearer austerity policy. The coalition’s goal of presenting a balanced budget by the end of the 2026 legislature is “not ambitious enough.

This includes the considerations of the future government alliance in the coalition agreement not to start repaying emergency loans until the end of the legislature. The consideration of only repaying loans if they are not exhausted is also criticized by auditors.

Plans so far include balancing the 2022/23 budget using all reserves, they say. For the next two years, there are funding shortfalls of 2.7 billion euros each, they say. For a “sustainable and fair financial policy for generations”, Berlin must return to balanced budgets and economy-oriented debt reduction.

The Court of Auditors also casts serious doubts on the coalition’s management of the finances of public companies. The reason for this is the announcement that the losses of public companies will be cushioned in the 2022/23 budget by renewed emergency loans, even if there are still billions left in the pandemic reserve.

The situation is similar for investments. These must be strengthened, which is also welcomed by the Court of Auditors. But here too, the State wants to make an effort on the part of public companies. “We view plans to shift investment activity to areas outside of the core budget as problematic,” Klingen said.

At the same time, Klingen warned of the consequences of this parallel budget practice to cover investments. “If, for example, public companies or special funds take out loans for this purpose, this not only increases their level of indebtedness, but also the financial risk of the state,” Klingen said.

In addition to the record state debt of 63.7 billion euros, there is also the debt of state companies, funds and institutions. These have increased considerably in recent years and amounted to 21.5 billion euros in 2020. Debt per capita has also increased: from around 20,100 euros in 2019 to 22,150 euros last year – 10 000 euros more per inhabitant than the average of the federal states.

Bypassing the debt brake by outsourcing borrowing to funds, subsidiary budgets and other constructs should be avoided. This is why the Court of Auditors will examine such outsourcing of loans and investments in public companies more closely in the future. Due to the particular challenges, the red-green-red coalition must now be precise about the funding of its projects, as the alliance partners are also “setting the course to deal with high debt in the future”, said said Klingen. “It will have multi-generational implications.”