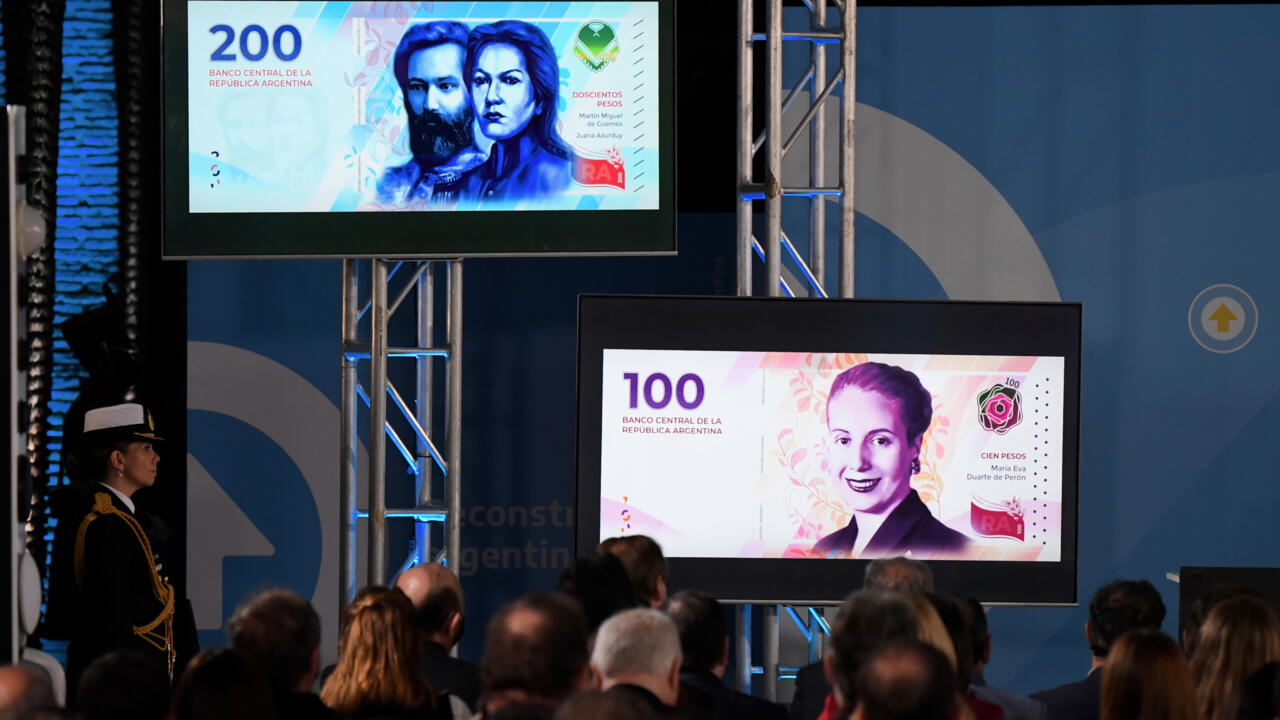 Buenos Aires (AFP) – Eva Peron is back on Argentine currency, six years after the mythical former first lady, who died 70 years ago, was replaced by an Andean deer.

Maria Eva Duarte de Peron, “Evita” as many Argentines still affectionately call her, was from a modest background and had married Juan Domingo Peron, before he became president (from 1946 to 1955, then again in 1973-74).

Together, they founded and embodied Peronism, an eclectic mass movement, with sometimes opposing political currents but with a pronounced populist social tendency.

It became the main political force in the country in the second half of the 20th century.

Eva Peron died in 1952 aged 33 of cancer, an untimely death that contributed to her legend fighting for women’s rights during her husband’s presidency.

Her profile had been incorporated into the 100 peso banknotes in 2012 at the initiative of the Peronist president at the time, Cristina Kirchner (2007-2015).

Then in 2016, under the presidency of liberal Mauricio Macri, a new series of banknotes was issued featuring endangered local animal species.

On the 100 peso notes, Evita had been replaced by the taruca, a species of Andean deer.

In an unusual twist, Evita is now making another appearance, this time under a centre-left government of which Cristina Kirchner is vice-president.

Among the new faces of the 2022 series of banknotes are also Juana Azurduy, heroine of the Latin American wars of independence, mestizo with Spanish and Indian roots, and Maria Remedios del Valle, fighter for the independence of Argentina, who has European and African origins.

Where to Get Free School Lunch, Breakfast in Topeka Area for Summer