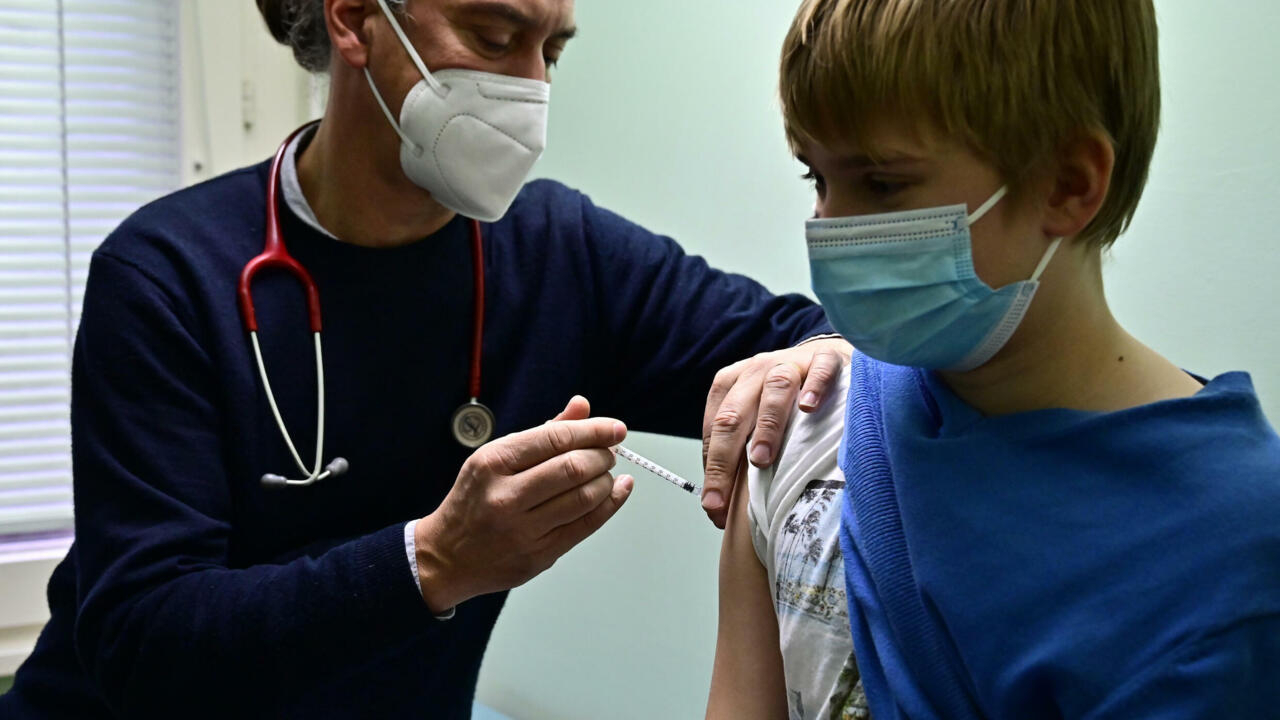 Berlin (AFP) – Several European countries began vaccinating children aged five to 11 against Covid-19 on Wednesday in a bid to contain a raging pandemic and keep schools open, while others are still deciding their approach.

Germany, Spain, Greece and Hungary were among those opening their vaccination campaigns to younger people, with doctors reporting high initial demand from parents amid concerns over the rapidly spreading Omicron variant.

Greek Education Minister Niki Kerameus was among the first to arrive at an Athens hospital to have her young son vaccinated, state television ERT reported.

The country has so far recorded more than 30,000 immunization appointments for children.

Last month, the EU’s medicines watchdog approved the Pfizer-BioNTech vaccine for children aged five to 11, an age group with high coronavirus infection rates across the continent.

The vaccine is given at a lower dose than the Pfizer vaccine for those over 12 years old and comes in a pediatric vial with an orange cap to distinguish it from the purple cap vials for older people.

Denmark, which has seen an increase in cases attributed to the new Omicron variant, and parts of Austria have already started offering jabs to younger people in November.

The United States was the first major country to take the plunge, and has so far vaccinated more than five million children aged 5 to 11.

“As soon as we offered the appointments for the vaccines they were practically all made,” said Jakob Maske, a Berlin-based doctor and spokesperson for the German Association of Pediatricians.

But he played down the expectations of children’s jabs heralding a turning point in the fight against Covid-19, as Germany battles a fierce fourth wave.

“Children aged five to 11 make up only about 3% of the German population,” he told AFP, describing the impact of childhood immunizations as “a small cog” in the battle .

The German STIKO Vaccine Commission has officially recommended the vaccine only for children with pre-existing conditions, but even healthy children will be vaccinated if parents request it.

Some German cities are planning to administer vaccines to children in museums and zoos, while others are considering mobile vaccination teams outside of schools.

The head of the German Teachers’ Association, Heinz-Peter Meidinger, said that a high participation rate “would greatly increase the chances of keeping schools open for as long as possible”.

But like other countries, Germany is also grappling with anti-vaccine activism, and on Wednesday saw police in the eastern city of Dresden stage raids following death threats against a pro-vaccine public official.

Spain, which has one of the highest COVID-19 vaccination rates in Europe, said it was launching its vaccination campaign for children aged five to 11 in a bid to break the chain infection “in the family, school and community”.

The country has around 3.3 million children in this age group.

A survey published by Appinio found that 74% of Spanish parents of children between the ages of five and 11 wanted their children to be bitten.

In hopes of boosting adoption, the Spanish government released a television advertisement showing children getting vaccinated so they can “help end the virus and protect the elderly.”

A number of European countries will launch similar vaccination campaigns in the coming days, including Italy, Portugal, Poland, the Baltic States and the Czech Republic, while others are still finalizing their plans.

In France, the vaccination has only been approved for children aged 5 to 11 at risk of developing serious illness, but the government has said it is considering extending it to all children on a voluntary basis.

Cyprus will start immunizing children aged 5 to 11 from Thursday, after Health Minister Michalis Hadjipantela spoke of “the anguish” in the world over the “difficult days we live in”.

Belgium is awaiting the recommendation of its national health organization, with a probable deployment around the new year.

In Switzerland, the country’s medical agency has given the green light to vaccinate children, but the campaign itself will likely not begin until early January.

UK regulators are still weighing whether to approve jabs for the 5-11 age group, with a decision likely before Christmas.