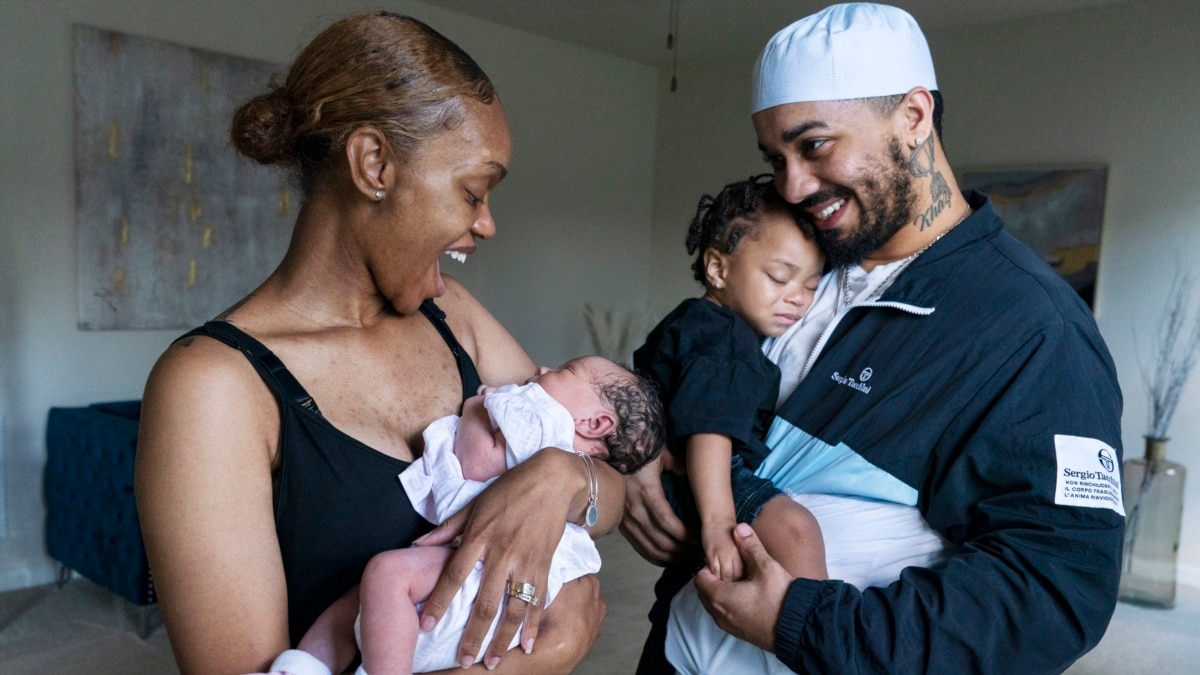 Aaliyah Manning’s dreams of becoming a psychologist came to an abrupt end during her freshman year at Potomac State, West Virginia, when the cost of furthering her education became overwhelming.

After a year, she was back in the nation’s capital and working in fast food. Now she lives largely on public assistance in a two-bedroom apartment with her boyfriend, mother and 9-year-old daughter from another relationship. She still has student debt and a baby boy is on the way.

She sees a brighter future for this baby, thanks to a historic social program launched in Washington. Called “Baby Bonds,” it will provide children from the city’s poorest families with up to $25,000 when they reach adulthood – to be used for multiple purposes, including education.

“It would be such a different opportunity for him, very different from what I had,” she said.

The idea of ​​Baby Bonds quickly grew from a left-wing fringe concept to real-world politics – with the District of Columbia as its first laboratory. Lawmakers coast to coast are watching the experiment, which proponents say could reshape America’s growing wealth gap in a single generation if instituted at the federal level.

A week after giving birth to her second child, a girl named Kali, Aaliyah Wright told The Associated Press that she doesn’t expect to have much in her savings to help her children as they reach adulthood, individual with about $80,000 in college debt.

She and her husband, Kainan, receive Medicaid despite steady jobs (she’s a social worker at a nongovernmental organization and he’s a barber) and an estimated annual income of around $70,000.

Even at this income level, their new daughter would still be eligible for the district program, albeit at a lower level.

“At this stage of maturity and adulthood, that money can open the door to really big things,” Kainan Wright said.

Bonds are more specifically trust funds, designed to provide a financial boost at a critical time for the poorest children. At 18, each enrolled child would receive a lump sum payment that could be used to fund higher education, invest in a business or make a mortgage down payment.

“Think of all the things people who have money do to support themselves or what parents do for children,” said Kenyan McDuffie, a board member for the District of Columbia who pushed the program. Baby Bonds last summer. The city has so far identified 833 babies born since then who will receive up to $25,000 when they turn 18.

The concept, originally proposed by academics in 2010, gained mainstream attention when New Jersey Sen. Cory Booker, DN.J., made it a centerpiece of his 2020 presidential campaign.

“I think it’s a growing idea,” Booker said. “And that’s a great idea. It’s at the Social Security level. It’s at the Medicare level.” He added: “One generation would create sea change.”

But for politicians, the price can be daunting. Booker’s national plan called for annual costs of $60 billion, something he proposes to fund by raising taxes on the wealthy.

Despite the price, proposals for Baby Bonds have recently emerged in Wisconsin and Washington state. while Massachusetts convened a task force on the matter. California just created a version, with Baby Bonds funds specifically for children who have lost their parents to COVID-19.

The journey from concept from academia to policy on the ground has been spurred by the national conversation about pandemic-induced poverty, as multiple proposals have been advanced at the state level.

But most have not seen the light of day.

Gov. Phil Murphy, DN.J., publicly supported a 2020 Baby Bonds proposal. But the Legislature took it out of its budget and Murphy no longer proposed it.

In June 2021, the Connecticut Legislature approved America’s first state-level baby bond program. But in May of this year, that same government delayed the start for two years.

Connecticut Treasurer Shawn Wooden, who has championed the program, said he remains convinced the time for politics is right. “There’s a whole level of interest in it,” he said. “And always with these things, we need what we call first-comers.”

The concept is new enough that it’s still being modified in real time, with multiple models and internal debates among advocates over issues such as how best to determine eligibility.

The Washington program is open to families on Medicaid earning less than 300% of the federal poverty level: about $83,250 for a family of four. Connecticut will automatically enroll any newborn in a family into the state’s Medicaid program.

Booker’s proposal would have given each newborn a Baby Bonds fund and $1,000 in start-up capital; all subsequent disbursements to the fund would have been heavily skewed towards the poorest families.

There are also differences in payouts. Booker’s proposal would have paid about $46,000 to children from the poorest families, while Washington expects to pay a maximum of $25,000. Connecticut’s plan would pay around $13,000 – something Wooden described as “roughly the floor” for a serious attempt at Baby Bonds.

Naomi Zewde, assistant professor of health economics at the City University of New York, said her 2019 analysis of the Baby Bonds concept suggested the program would strengthen the economic situation of white and black Americans while massively closing the gap. of racial wealth.

But there are detractors.

Veronique de Rugy, senior researcher at the Mercatus Center at George Mason University, said the program could mobilize millions that could be used to meet immediate needs. At the same time, she says, it “does nothing to encourage the culture of saving.”

Wooden counters that the program will have an immediate impact, leading to real-time behavioral changes in planning, academics and ambition.

“How much is enough to inspire a child and their family to think about the future,” he said. “There is a great value to be placed on hope. We know what despair looks like in our communities.”

Manning, the mother-to-be, said knowing about the program and its payment would change the way they talk about her son’s future.

“It would be much more targeted,” she said. “‘Do you know what you want to do? What are your plans?'”

Juan Alonso, whose novels shone with a light “coming from within”, dies at 86