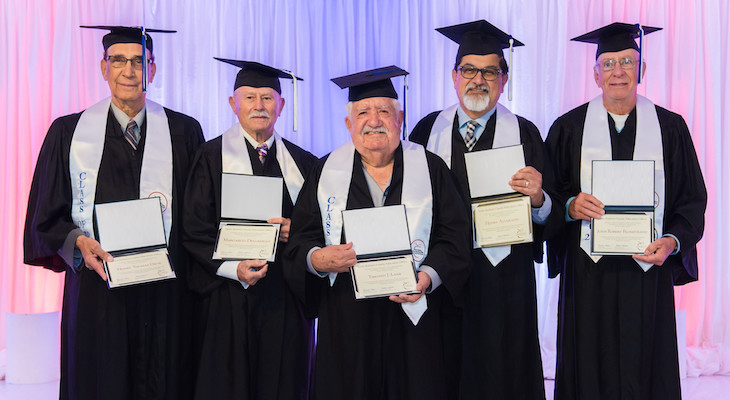 Between the 1940s and 1970s, thousands of students left high school to serve in the United States Armed Forces. During World War II, more than 100,000 people were interned in relocation camps across the United States. Some of these ex-combatants and internees were unable to complete their secondary education or receive their diplomas because of their military service or internment. Veterans and previously interned citizens can earn retroactive high school diplomas through the Santa Barbara County Office of Education (SBCEO) as part of the Operation Recognition program.

Santa Barbara County Board of Education and SBCEO invite veterans and those who qualify to apply for their high school diploma and participate in the operation’s graduation ceremony Recognition April 7, 2022. Individuals can apply posthumously for deceased family members who meet the Criteria.

â€œWe are honored to recognize the service and sacrifice of these people by awarding their degrees,â€ said Susan Salcido, Superintendent of Schools for Santa Barbara County. “In 2019, six distinguished veterans graduated from high school, and we look forward to celebrating the class of 2022.”

The eligibility criteria, as established by the California Education Code, are as follows:

Brochures and downloadable applications are available in English and Spanish on the SBCEO website at www.SBCEO.org or via the links below.