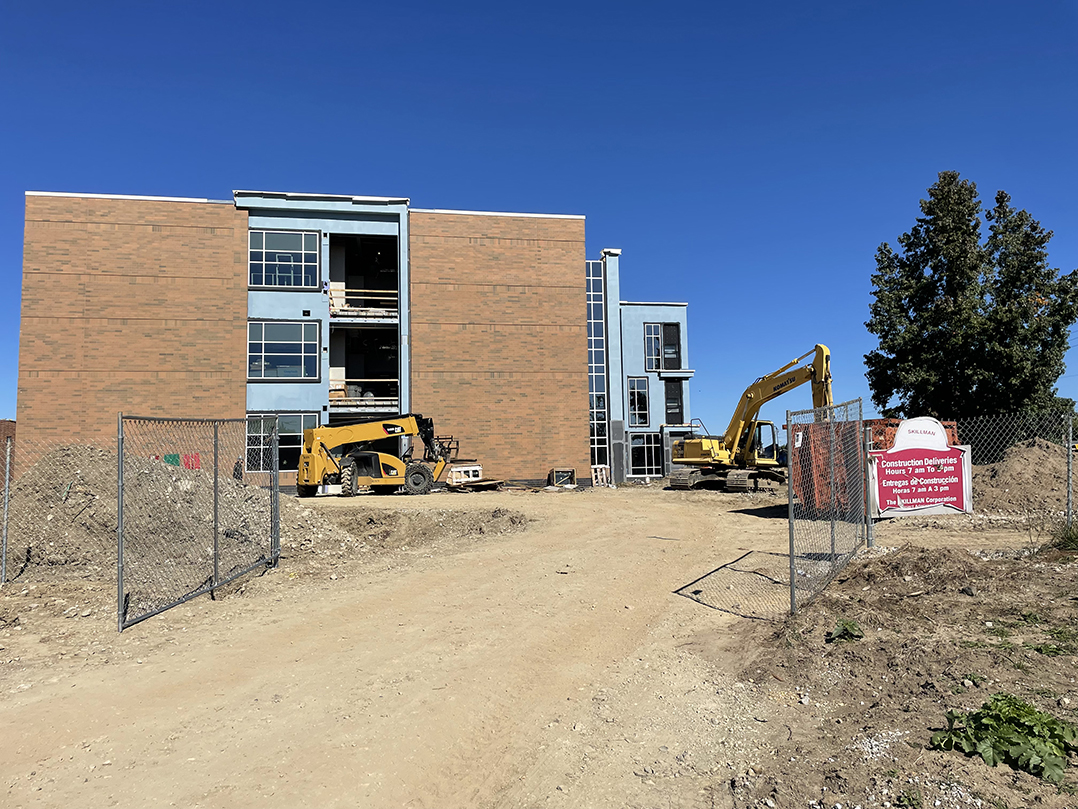 Plywood lines the hallways of Lawrence Central and Lawrence North High Schools as students attend classes amid major renovations, which are expected to be completed by the end of 2024.

“The students have been very good at experiencing the build and navigating through it,” said Lawrence North principal Brett Crusore.

The projects are funded through a $220 million capitol referendum approved by voters in 2019. It will help pay for renovations at LCHS, LNHS, Brook Park Elementary, Forest Glen Elementary, Oakland Elementary, Winding Ridge Elementary and two other early learning center sites. Approximately $180 million has been allocated for projects in secondary schools.

“OOur constituents and community believe in our public schools and believe in the students who attend here,” Crusore said. “Our school board, (and) our superintendent, value space and value a beautiful campus. We will have the most beautiful secondary school, and I am excited about what we can now do with Lawrence Central and Lawrence North in the future.

Both schools will receive classroom updates, many of which have not been updated since the schools were built, said Rodger Smith, MSDLT’s director of operations. Schools are getting a three story addition to house core academic classes such as English, Maths, Science and History and new natatoriums to house 50 meter swimming pools.

An artist rendering of what LCHS will look like when complete. (Render provided by MSDLT)

The three-story building is completed at LCHS. The original building is being renovated to house classrooms for electives, with the new pool being built on the south side of the building along East 56th Street, Bush said.

“Lawrence Central is landlocked, with neighborhoods and everything around us. So there’s really no possibility for us to continue to grow,” Bush said. “We ended up gaining more space by (building) and going up.”

“It was time for major renovations to these buildings,” Smith said. “Every space in these buildings will be affected by this renovation. So we redesigned some spaces and really made sure they fit the needs of today’s curriculum.

LCHS students have already seen great changes. Smith said the schools are working with different timelines because LCHS already has its three-story expansion, but LNHS is twice as far along with building its pool. Work is expected to be completed at LCHS in the fall of 2024, and work will be completed closer to the end of 2024 at LNHS. 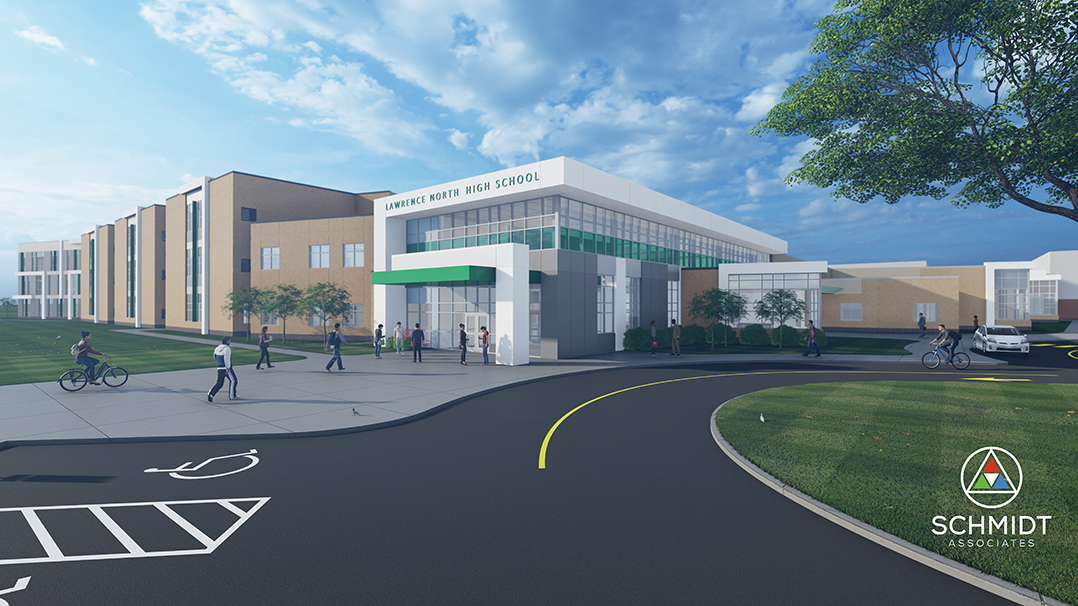 An artist rendering of what the LNHS will look like when complete. (Render provided by MSDLT)

“We have students taking classes at Lawrence Central, so students who have gone to see what it’s like there are just extremely excited,” Crusore said.

Crusoure said the construction and limited space led to traffic jams during transit times. He said the plan is for LNHS students to move into the new three-story building by the start of the next semester, Jan. 4, 2023.

The upgrades also include increased security measures, Crusore said. Each corridor of the two high schools can be locked and widened. There are also new LED lights and additional stairs.

The renovations rejuvenate a sense of pride in the community, Bush said.

“We have a lot more multipurpose spaces instead of just wasting dead space in our building,” Bush said. “I am very pleased with the access our students and families now have to this building.”

The Brook Park Elementary and Early Learning Center serves about 600 students and completed a nearly $6.7 million renovation in January. The school, which was originally built in 1960, received a remodeled entrance, new paint and flooring, updated parking, exterior paint, reception updates and Classroom upgrades and renovations with the addition of a makerspace. The Early Learning Center received new paint and flooring, updated lighting, new playground equipment, security upgrades and a new mothers room.

The Forest Glen Spanish Immersion Elementary School, which was built in 1994 and houses about 800 students, received $7.4 million in upgrades. Improvements include an updated entrance, new paint and flooring, remodeled classrooms, the addition of administrative spaces, and the addition of a makerspace.

Buenos Aires Weather | Before the IACHR, Argentina admits its responsibility for the “impunity” of the AMIA case

What happened to Margot Robbie and Cara Delevingne during their trip to Argentina?