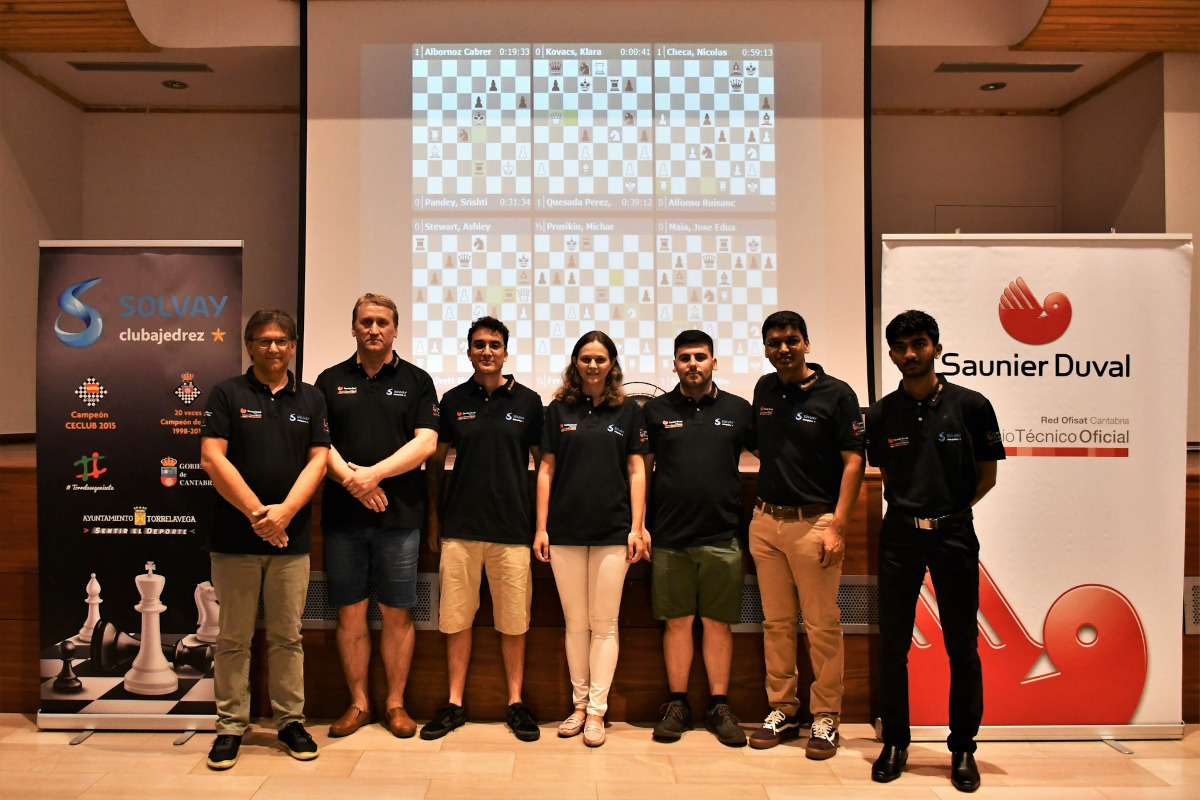 Four co-leaders before the final round

The Spanish League Honor Division took place from September 17-23 at the El Pósito auditorium in the city of Linares, Jaén. Eight teams took part in the single round robin. Each match was played on six boards, with the mandatory inclusion of a female representative on each team’s roster.

This DVD allows you to learn from the example of one of the best players in the history of chess and the explanations of the authors how to successfully organize your games strategically, therefore how to keep your opponent under constant pressure

CA Solvay, who were promoted to the honor division after winning the first division last year, quickly established themselves as the favorites to take first place. In fact, the Cantabrian team were the only team to win their first two matches. Thereafter, they maintained their winning streak until the fourth round.

It was not until round 5, played on Thursday, that CA Solvay obtained their first draw against DuoBeniaján, the defending champion. CA Solvay’s loss to Andreu Paterna on Friday made for a thrilling final, with four teams tied for the lead, each with 9 points.

Surprisingly, DuoBeniaján and Andreu Paterna, who both belonged to the co-leader group, lost to nominally inferior opponents. Meanwhile, in the direct duel between Magic and CA Solvay, it was the Cantabrians who prevailed, convincingly beating their direct rivals thanks to victories from Gukesh Dommaraju, Anna Muzychuk and Oleg Korneev.

Coincidentally, the three players who scored wins in Saturday’s final round were the best representatives of the champion team. Gukesh and Korneev scored 5 points in the tournament, while Muzychuk managed 4½ points. The three stars of CA Solvay took part in the seven rounds of the team championship.

Pentala Harikrishna and Anna Muzychuk in the lead 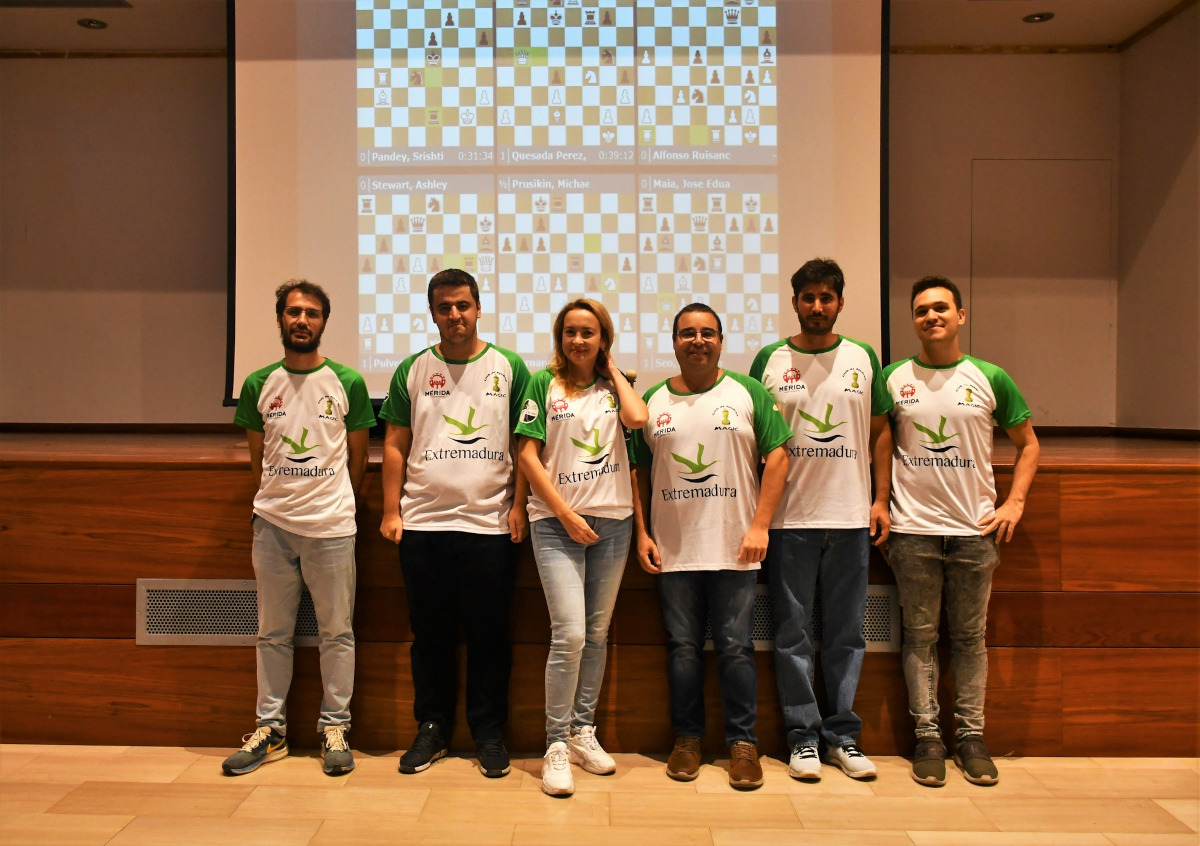 Pavel Eljanov explains in depth what Gyula Breyer already saw in 1911 and what became an opening choice of Kasparov, Kramnik, Anand or Carlsen. The Breyer Variation, characterized by the knight’s retreat to b8. 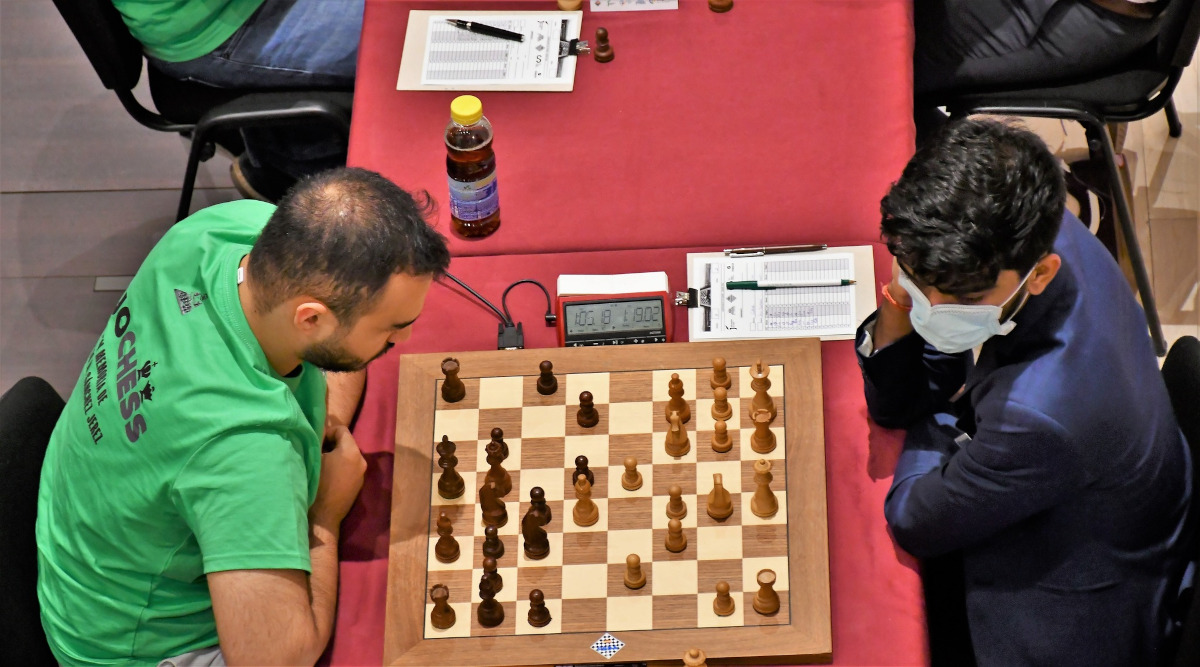 Amin Tabatabaei (DuoBeniaján) defeated Gukesh with black in the fifth round

In the second round, the 16-year-old Indian who wowed the world at the Chennai Olympiad, scored an impressive victory over Gawain Jones (Sestao Naval Hotel). Gukesh got a clear positional advantage with the white pieces and found some brilliant moves to highlight the black monarch’s weakness on the kingside.

[Check out Merijn van Delft’s excellent analysis of this game in his show from last week!]

After the pawn sacrifice, white placed his two bishops on the most dangerous diagonals for the black king. With 26.Ng5one more piece joins the attack, and after black has played 26…Bf5attacking the queen, Gukesh found a spectacular maneuver.

27.Qc3 is the winning move! The combination of threats with the rook on the electronic column, the bishops on the diagonals and the knight on the kingside is deadly. For example, capturing the queen with 27…Bxc3 fails at 28.Bxc3+ Qg7 29.Nf7+ and 29…Rxf7 immediately loses at 30.Rxe8+ Rf8 31.Rxf8#

Black cannot capture the bishop because of 31.Rh7#. Jones threw in the towel. It was a brilliant victory for the young Indian, who was also the winning team’s top scorer at Linares. 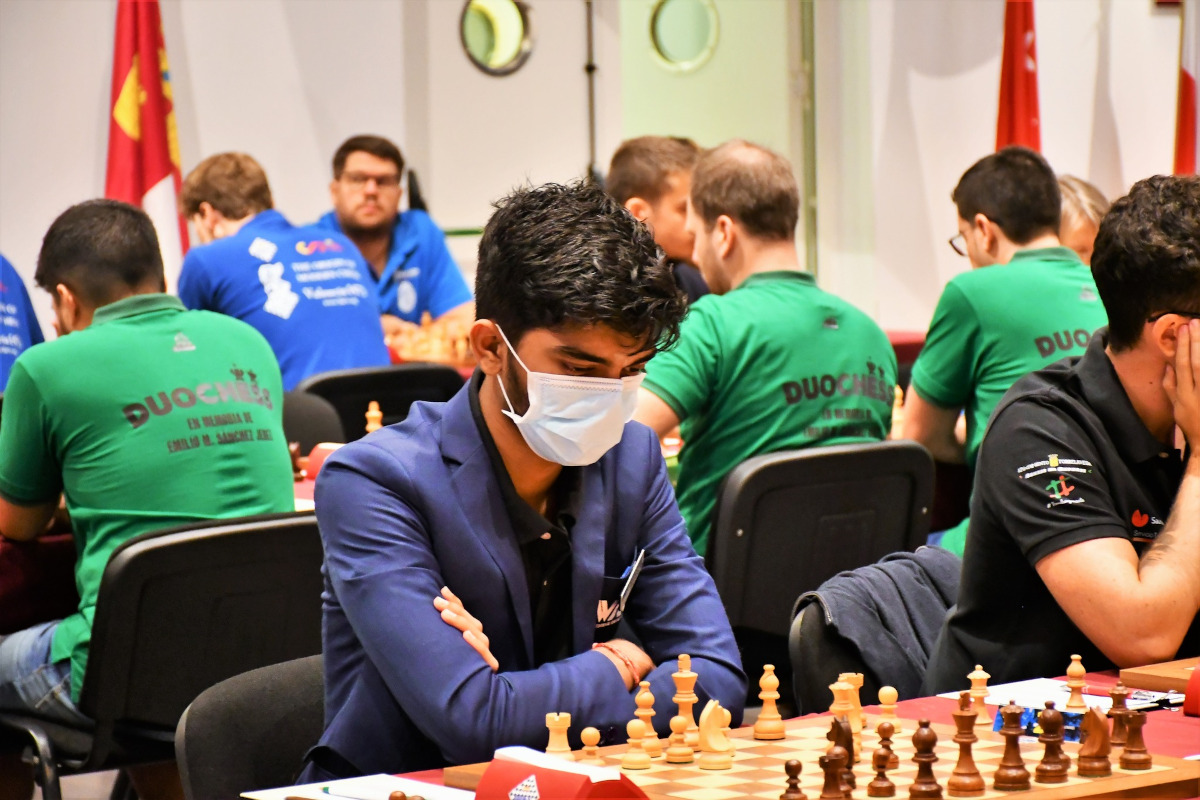 Full results and pairings at info64.org

With Power Fritz 18 you have the program of world champions on your PC!