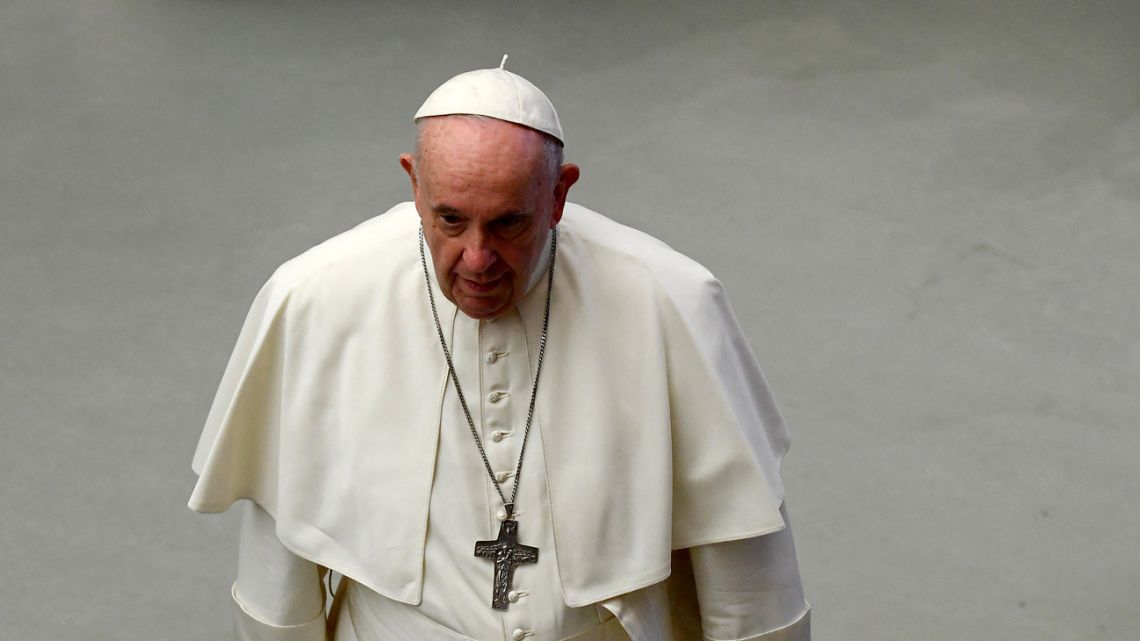 The Vatican has long played the role of global mediator but has struggled to make its mark in the Ukraine conflict, walking a tightrope between its desire for peace and its ties to the Russian Orthodox Church.

With a self-proclaimed “willingness” to help with the negotiations, an unprecedented visit by Pope Francis to the Russian Embassy, ​​and high-profile phone calls, the Holy See has spared no effort since Russia invaded the Ukraine last month to secure a ceasefire.

But despite past successes, notably in the historic rapprochement between Cuba and the United States in 2014, its attempts to play peacemakers in the Ukrainian conflict have not yet yielded results.

This is because, say analysts, the Argentine pontiff was forced to perform an exercise in diplomatic balance.

He was drawn into the conflict as a spiritual guide to five to six million Catholics in Ukraine.

But the Vatican has also spent years fostering closer ties with the Russian Orthodox Church led by Patriarch Kirill – a close ally of President Vladimir Putin and a key pillar of his ruling apparatus.

This led in 2016 to the historic meeting between Pope Francis and Cyril, the first meeting between the heads of the two churches since Christianity split into Western and Eastern branches in the 11th century.

In December, the pontiff even mentioned the possibility of going to Moscow to meet this “brother” Kirill in the near future.

Francis “is inevitably considered both judge and party” in the conflict, notes Bernard Lecomte, specialist in the Vatican and Eastern Europe.

The result was a series of public statements by the pope condemning the war in increasingly emotional terms – without ever mentioning Russia as the aggressor.

The Argentine pontiff’s approach drew criticism, which only grew after Kirill’s outspoken support for the Russian intervention, calling Moscow’s opponents in Ukraine “forces of evil”.

With this, “the impartial role, which is an advantage for a mediator, is reduced”, noted Stein Tonnesson, a member of the Oslo Peace Research Institute, who said he was “pessimistic” about the chances that the Vatican mediate the peace talks on Ukraine.

“There is a real turning point – it pushes Vatican diplomacy out of its realpolitik attitude,” added Constance Colonna-Cesari, author of the book. Holy diplomacy: the secret power of the Vatican.

For his part, Kirill is also facing protests from sections of his clergy in Ukraine, who have called for severing ties with the patriarchy.

Along with its diplomatic efforts, the Vatican has played its traditional humanitarian role, sending cardinals to the region and activating refugee networks.

And the pope stressed the importance of religious dialogue.

Last Wednesday, in a video call with Kirill, Francis said the Church “must not use the language of politics, but the language of Jesus,” saying the two men should “unite in the effort to help peace”.

For Vatican watchers, it was an attempt by Francis to bring the discussion back to a subject he is passionate about: closer relations between different religions.

The pontiff “has an interest in confining himself to the spiritual, to using values, symbols… not to mention politics, which would immediately discredit him,” Lecomte said.

On Friday, the pope invited bishops from around the world to participate in a March 25 ceremony for Russia and Ukraine in St. Peter’s Basilica.

“As long as we stay on a spiritual level, there will be a bit of opportunity for dialogue. We know from history that these channels, at some point, can be very valuable,” Lecomte said.

Two counterfeiters and a small crocodile enter a sauna