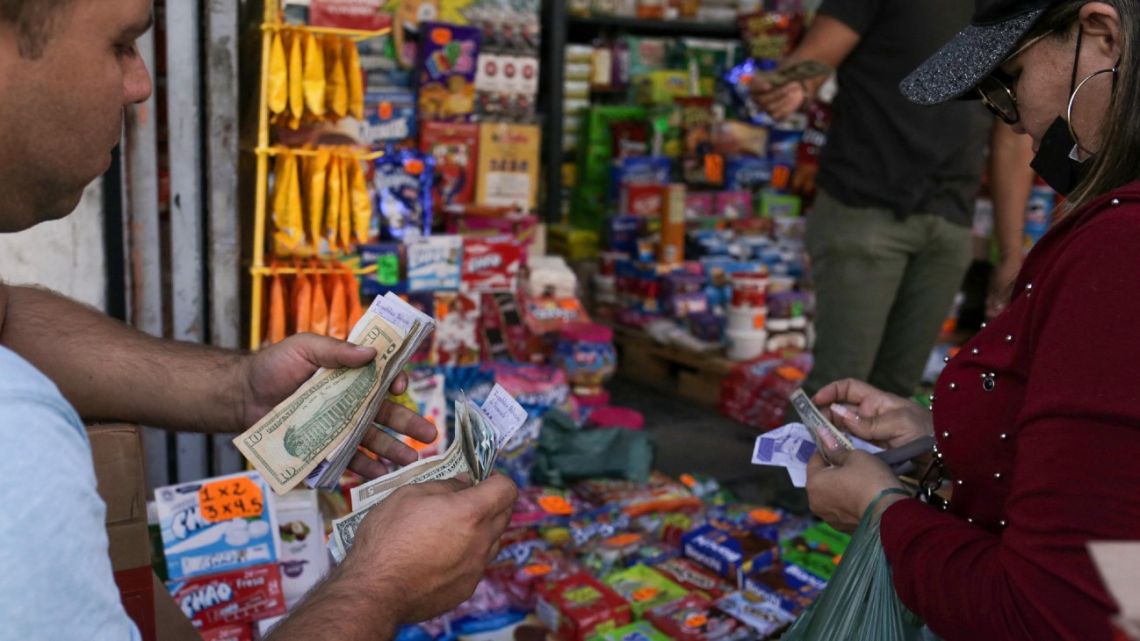 Buenos Aires Weather | Venezuela is coming out of hyperinflation, but no one is feeling it

Economists say Venezuela has emerged from a four-year cycle of hyperinflation, but citizens like retiree Humberto Reco are still waiting to see the evidence.

The crisis-ridden South American country ended 2021 with 686% inflation, the central bank said, signaling the end of a period of hyperinflation that began in 2017.

“They say hyperinflation is over, but where I am it’s still there,” he said. “Honestly, I don’t see any improvement.”

Inflation in Venezuela remains the highest in the world and prices continue to rise out of control.

According to a widely accepted definition of hyperinflation from 1956 by the late American economics professor Philip Cagan, it begins when monthly inflation increases by more than 50%.

To exit, a country must keep monthly increases in inflation below 50% for an entire year, Cagan proposed.

“According to Cagan’s figures, we are already coming out of hyperinflation,” Hermes Pérez, professor of economics at the Metropolitan University of Caracas, told AFP.

However, American economists Carmen Reinhart and Kenneth Rogoff have proposed a different hyperinflation parameter of 500% per year.

According to them, “there is still a bit of a way to go,” Pérez said.

“Highest in the world”

What is clear, however, is that Venezuela’s official inflation figures are pointing in the right direction.

“It’s still the highest in the world,” Pérez said, pointing to the fact that nowhere else in Latin America has posted more double-digits.

Venezuelans have turned to using the U.S. dollar as much as possible to blunt the effects of runaway price increases, avoiding the national bolivar, a move that has helped slow inflation.

The populist-socialist government, which blames its woes on US sanctions, even allowed the use of the dollar, seen as a potent symbol of hated US imperialism.

Most experts, however, say much deeper reforms are needed to resolve Venezuela’s economic crisis.

Pérez, the former head of the central bank’s foreign exchange bureau, says the bank must stop printing money to finance state oil company PDVSA following a dramatic drop in oil production by a peak of 3.2 million barrels per day in 2008 to as low as 500,000 13 years later.

Several experts believe that Venezuela could reduce inflation to 120-300% this year.

But for citizens, this macroeconomic improvement has yet to trickle down to their personal disposable income.

“People say things are getting harder and harder every day, I say, ‘No, it’s every minute,'” said Manuel Quijada, 67, a vegetable seller who says prices are rising every week .

Others claim it is daily.

Even the dollar is affected by inflation.

Still, retired Marina Dusei, 62, says things have improved over the past six months, with the dollar stabilizing between four and five bolivars.

In the past, it could devalue dramatically within hours.

Dusei says it has become easier to budget, but “we don’t buy what we want anymore, just what we need.”

Even so, this is a far cry from three years ago, when runaway inflation led to shortages of basic food and medicine, and failing public services.

“I think things can keep getting better,” she said optimistically.

GSIS members affected by Odette can benefit from emergency loans