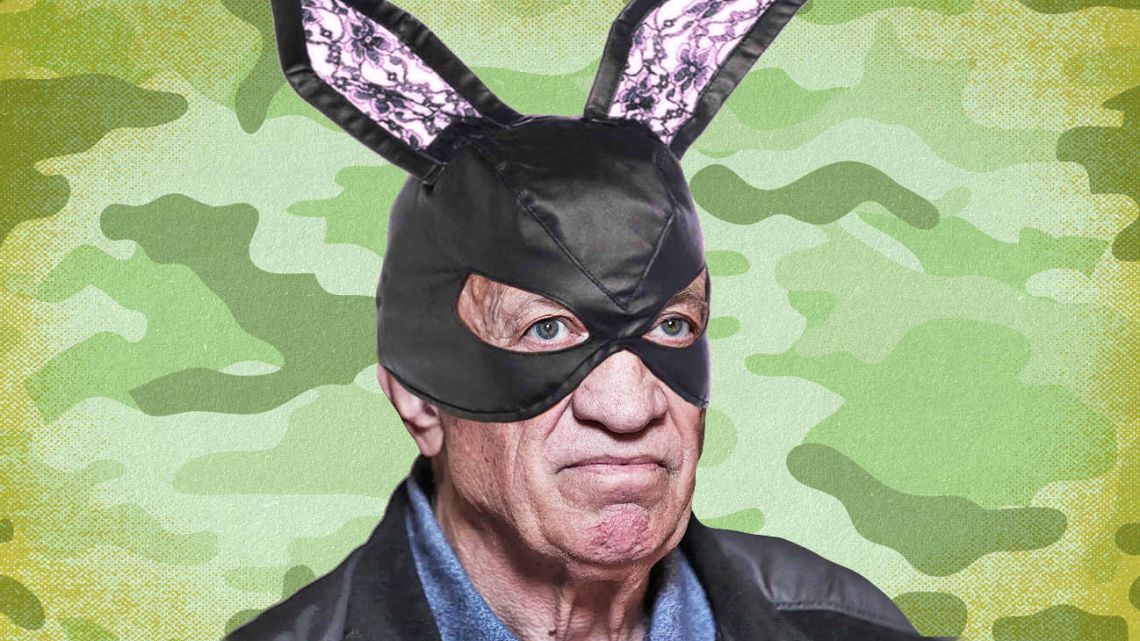 Today is neither Good Friday nor Easter Sunday but the Easter Vigil, which perhaps reflects the current state of the political game, as well as anything that has Calvary far more visible than any resurrection for now – a waiting game for the sacrifices yet to be made with ever-shorter fuses to see how the government reacts to the highest monthly inflation in 20 years, the main news for an abbreviated week.

Given the absence of decisive developments, Easter itself appears as the subject of this column to be compared with 34 Semana Santas followed by the Herald of Buenos Aires writing at two different addresses (even if we have never worked on Maundy Thursday without a newspaper the next day). These fall half-weeks have mostly passed without incident, but there have been more than one exception to confirm the rule.

The most memorable Easter would undoubtedly be that of 1987, rocked by Aldo Rico’s Campo de Mayo. carapintada The army mutiny began exactly 35 years ago today (Maundy Thursday of that year) and ended with Raúl Alfonsín’s famous phrase: “Happy Easter, the house is in order” on Sunday. It turned out that Alfonsín was speaking not so much for himself as for his country – over the next two years he was on a downward slope, eventually sliding towards hyperinflation, but in retrospect Easter marked the end definitive of more than half a century of alternation. between elected governments and military juntas, regardless of its ultimate failures (to which subsequent concessions to the mutineers contributed by undermining its credibility). An iconic moment in the consolidation of Argentine democracy that has been compared to King Juan Carlos resisting the Tejero coup in Spain just six years ago (neither Alfonsín nor the Bourbon monarch ended happily in the head of state for all their services to democracy, it might be added).

The 30th anniversary of this Easter Rising was the subject of a mini-supplement in the Herald then in the last three months of its existence, but today it really does seem like a milestone of the last century with such inconceivable military coups and police mutinies now more dangerous than any martial misdeed – and with drug gangs with more firepower than any of these security forces, according to some exaggerated fears.

That April of 1987 was already memorable for John Paul II’s six-day visit less than a fortnight before Aldo Rico’s mutiny – nothing in my four decades has done more to revitalize an already official religion. in decline, with the sole exception of the surprise emergence of Cardinal Jorge Bergoglio as Pope Francis in 2013. Although overshadowed in most memories by the military upheavals shortly thereafter, this visit was a mega event drawing up to 300,000 people – partly in thanks to the Polish pontiff for his services in preventing war between Argentina and Chile less than a decade before in the early years of his papacy, but also the expression of a mass piety buried in the national subconscious and in need of such triggers to burst into the open, along the lines of sentiments about the Falklands’ “lost sisters” revived by the 40th anniversary of the he South Atlantic War a fortnight ago.

More or less throughout the last century, Easter has been such a catalyst, activating this subconscious every year before secularization accelerated in this century. The stereotype of Argentina as a Catholic nation was firmly confirmed by the censuses of 1970 and 1980, recording the percentage of adherence to the official belief at 94.3 and 94.03% respectively (the two censuses are the products of military governments with a cross and sword mentality), but these were statistical myths with only a few million people attending mass every Sunday (always many times the football stadium crowds watching the national sport the same day). Yet come Easter in those decades and suddenly all the cinemas and TV stations (only three or four at the time) would be showing movies like The greatest story ever told and The ten Commandments, while most citizens assumed an expression of solemn piety just as they would a face mask when going out in these pandemic times. Not real piety but not pure hypocrisy either with multiple layers like an onion. The vast majority avoided going to church, but on the other hand, at least three quarters of the taxis had rosaries hanging from their windshield mirrors, while the annual pilgrimage to Luján and the day of the Saint Cajetan in Liniers were both able to attract seven figure turnouts with huge crowds in religious processions in less populated provinces.

Far from The ten Commandments being screened in cinemas long moved from Corrientes Avenue and overtaken by modern technology, there were no cinemas or church masses for several months not so long ago. This Easter is taking place in a radically different political and social context than 35 years ago.

Not much space to recall other Easters since then and not too many things worth remembering either. But the Easter of 1991 gave birth to Mercosur in the Paraguayan capital of Asunción almost simultaneously with convertibility – many trials and tribulations after a largely successful first decade and in wars still these days with Brazil offering to go it alone alone by cutting its tariffs by 10% in defiance of perhaps the most protectionist trading bloc in the world (it would seem that the other members seek to be unilateral, bilateral, multilateral or something other than Mercosur). Yet, until this year, Brazil has remained Argentina’s top trading partner (although it has at times been overtaken by China, which now seems to be definitely taking over with most of the subcontinent), thanks in large part to the Auto Pact.

So Easter this weekend, but in recent years its themes of Calvary and sacrifice have no longer become something to contemplate once a year in the same way as the more festive Christmas turkey and holly, but the everyday experience of almost everyone – except perhaps Easter itself for some with a fleeting escape from reality over the long weekend.

Cristiano Ronaldo, ‘the greatest of all time’, says Argentinian Garnacho; ‘You haven’t played with Messi yet,’ quips Aguero