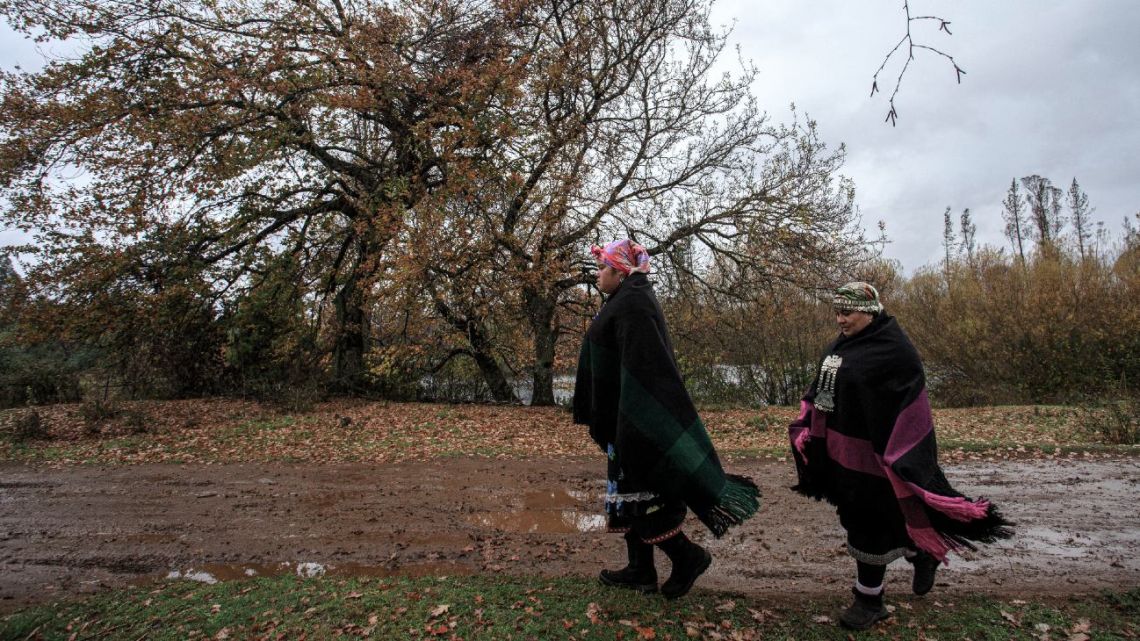 As military troops once again patrol their ancestral lands, members of the indigenous Mapuche community in southern Chile are angry.

The failure to resolve a dispute over the group’s land claims has led to an upsurge in violence and arson over the past decade, with properties owned by logging companies often being targeted.

Carolina Soto, a Mapuche woman who occupies state-owned land near the town of Temuco, said “the violence came from outside, with the military.”

In response to growing unrest, troops last week returned to the southern region of La Araucanía as well as parts of neighboring Biobío, areas with the largest Mapuche populations in Chile.

The move marked a shift in policy from newly elected leftist President Gabriel Boric, who initially said he would prioritize dialogue and withdraw troops from the region.

He bowed to pressure earlier this month, however, in the face of a 122% increase in arson attacks since troops withdrew in late March.

Nevertheless, the attacks continue. A 66-year-old forestry worker was killed and two others injured on Tuesday when a minibus they were traveling in came under fire on a country road near the town of Lumaco.

“We will not tolerate violence being used as a means of resolving conflicts in the country,” Boric said.

Shortly after taking power, Boric doubled the budget to buy land to hand over to the Mapuche, a practice that had been suspended under his conservative predecessor Sebastián Piñera. He also called for dialogue, but many Mapuche are suspicious.

“Until we are recognized as a Mapuche people-nation, dialogue will not be possible,” Soto said.

Soto was forced to leave her town of Temuco when she could no longer make ends meet and now lives on state-owned land which she occupies with about 15 others.

Chile’s new constitution, which will be put to a referendum in September, defines the country as a “plurinational state” and establishes greater indigenous autonomy, including a special judicial system.

One of the most radical indigenous organizations, the Coordination Arauco-Malleco (CAM), has traditionally encouraged the sabotage of logging companies while refraining from harming anyone.

“We need more security here,” said trucker Raúl Jara, 55. “It’s been many years and nothing has changed.”

Relentless attacks on trucks and logging machinery have turned some roads into no-go zones, and many drivers say they are desperate to get home before dark.

“We hoped they would approach the problem differently under this government,” said Juan Paillafil, the mayor of the small town of Puerto Saavedra, whose population is 80% Mapuche.

He said the military deployment is “radicalizing” the warring parties.

Opposition lawmaker Mauricio Ojeda said the conflict “has become a business” in which people are simply stealing wood under the guise of social action.

Lionel Messi ‘fed up’ with Joan Laporta over jibing stars to join PSG ‘for their slavery, for money’