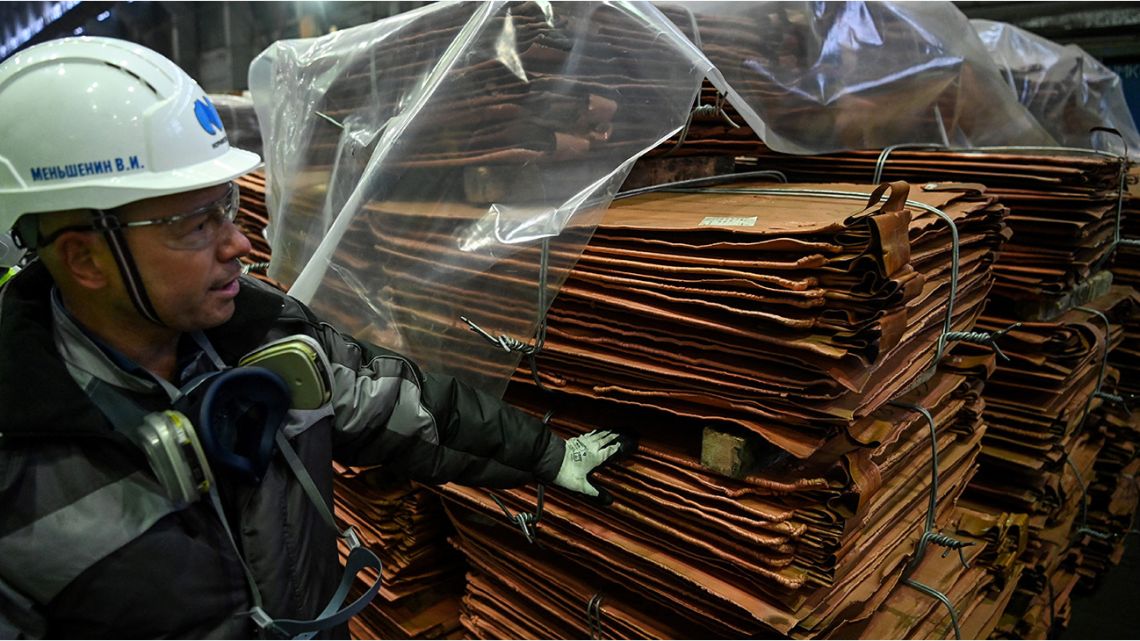 Large deposits and more welcoming policies have made Argentina a lithium hotspot in recent years. Today, the global copper industry takes another look at the South American nation.

That’s the view of Rob McEwen, whose namesake company is drilling a property in San Juan province near the border with Chile. Called Los Azules, it has caught the eye of major producers such as Vale SA, Anglo American Plc and Barrick Gold Corp. as a potential acquisition, he said. All three companies declined to comment.

As McEwen seeks to move the project forward before considering a sale, interest from the majors is a sign of the favorable outlook for copper as a key part of the clean energy transition, as well as the growing appeal of Argentina as a mining jurisdiction, he said. in an interview on Wednesday.

Argentina, where interventionist policies have held back the industry, is becoming a more attractive setting for foreign investors, at least in some of its mineral-rich provinces. The government sees mining as a way to bring in more hard currency to solve its lingering debt problems, while politicians in more established jurisdictions in Chile and Peru seek a bigger share of the industry’s profits and more restrictive regulations, strengthening the attractiveness of Argentina.

“We’ve seen a number of majors come in and take a hard look at Argentina,” McEwen said. “That in itself gives more comfort to foreign investment.”

For now, he wants to increase the value of Los Azules by moving to the pre-feasibility stage over the next year and a half. The company is deploying drill crews and building an access road, though work has been delayed by cultural preservation efforts after it hit fossils.

The omicron wave also disrupted some operations in Argentina, including McEwen’s gold-silver joint venture with Hochschild Mining Plc in Santa Cruz province, he said. The San Jose mine “has calibrated its annual maintenance and vacation fortnight to ensure the safety of its stakeholders at a time of high infection rates in the country,” Hochschild said in an email response.

While McEwen is currently focused on Argentine copper, the founder and former chairman of Goldcorp still keeps a close eye on the gold market.

Bullion has lagged behind other commodities lately. But the inflationary environment will eventually bring gold and silver back into fashion as the broader bull market falters, he said.

“I think we should see a 100% move in gold and silver if it is to stay in line with other commodities.”

These Ivy League schools have the worst spellings