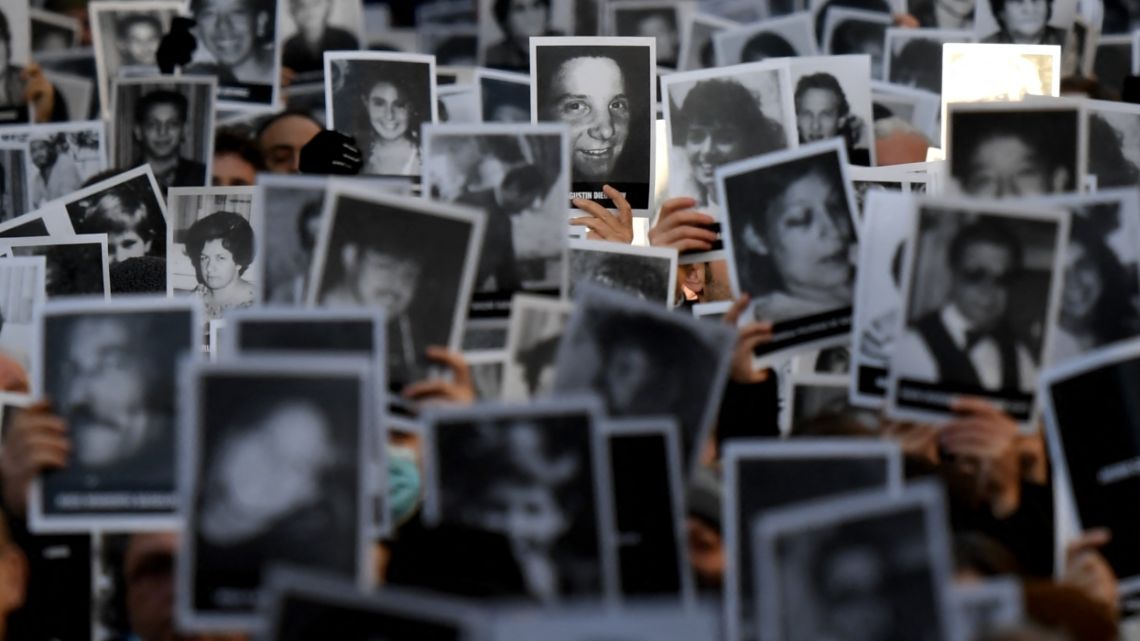 Buenos Aires Weather | Before the IACHR, Argentina admits its responsibility for the “impunity” of the AMIA case

Argentina has acknowledged its responsibility for the impunity observed in the investigation into the terrorist attack of July 18, 1994 against the Jewish community center AMIA.

Natalia D’Alessandro, coordinator of the Special Investigative Unit of AMIA, which is part of the Ministry of Justice and Human Rights, told a meeting of the Inter-American Court of Human Rights man (IACHR) in Montevideo that the Argentine state is “responsible for not preventing the attack” and “responsible for all manifestations of impunity” related to the case.

“I come on behalf of the Argentine Republic to ratify the recognition of its international responsibility (…) for the violation of the human rights of the victims of the AMIA attack and their families,” D’Alessandro said.

“He is responsible for all the manifestations of impunity in this case, the preparation of a false accusation, the corruption, the lack of follow-up of the investigative leads, the unreasonable delays, the secrecy, the coverage up for the truth and for the political manipulation of the case,” D’Alessandro said in a forceful denunciation of the murky investigation into the bombing and its fallout.

“We come to this hearing to express sincere recognition: it extends to all human rights violations,” the official concluded.

In “the worst terrorist attack against Argentine society”, the state “did not take adequate protective measures despite the risk”, she said.

The AMIA bombing, which killed 85 people and injured more than 300, is the deadliest terrorist attack in Argentina to date. The terrorist attack completely destroyed the eight-story AMIA building in the neighborhood of Once, home to the largest Jewish community in Buenos Aires.

Twenty-eight years after it happened, the perpetrators and perpetrators of the crime have still not been imprisoned.

The complaint, heard by the IACHR in the context of the 153rd sessions of the Court held in Uruguay this week, was filed by relatives of the victims who are organized within the civil association Memoria Activa, which is supported by the Center for legal and social studies (CELS).

The group accuses the state of failing to prevent the attack and failing to adequately and effectively investigate afterwards.

The case came to the IACHR after investigation by the Inter-American Commission on Human Rights, a body of the Organization of American States (OAS) that investigates complaints on which its members have failed to act.

In its findings to the court, the Inter-American Commission concluded that the Argentine authorities “knew of the existence of a situation of risk for the sites identified with the Argentine Jewish community” and “did not adopt reasonable measures to avoid” this. danger.

He also argued that “major irregularities” were committed by the state bodies that carried out the judicial investigation into the attack, deliberately sidetracked for more than eight years.

Furthermore, the body concluded that there had been “unreasonable delay” in both the investigation of the bombing and the subsequent cover-ups that took place.

No one has been arrested in this case and the motives for the attack have not yet been clarified. Argentina’s justice system determined that the main suspects in the attack were Iranian leaders at the time of the attack, including former President Ali Rafsanjani.

A 2019 trial over the attack ended with light sentences for judicial and government officials from the government of former President Carlos Menem (1989-99), who were found guilty of ‘covering up’ the attack, but without determining the reason for the concealment of evidence or the misuse of investigations committed by the concealments.

Following Argentina’s acknowledgment of guilt, the IACHR can now issue a sentence that includes compensation and guidelines to redirect the investigation into the terrorist attack and who was behind it.

The decisions of the tribunal, based in San José, Costa Rica, are final and without appeal.

After hearing the acknowledgment, Uruguayan judge Ricardo Pérez Manrique, president of the IACHR, recalled that during the hearing, the court had heard of “corruption, lack of independence and lack of professionalism at the highest levels of the ‘Argentine State’, which he claimed were the cause. investigation delays.

“We have to understand that this is covered by the recognition that has been made,” he said.

In a statement, Memoria Activa said the decision filled the group with “hope”.

“We think this recognition is important, just as we celebrated the recognition in 2005, which filled us with hope at the time. The 2005 decree had an annex that the state had to respect. Today, we It’s 2022. We’re encouraged by the recognition, but we’ll be happy when it translates into concrete actions that work for everyone. That’s going to take some change. I’m surprised we’re waiting let the court punish the state to see if the state is willing to comply,” said Diana Wassner of Memoria Activa.

The group first denounced violations committed by the Argentine state to the IACHR in 1999, along with CELS and another group, the Center for Justice and International Law (CEJIL).

They accused Argentina of human rights violations, including the right to life, physical integrity, judicial guarantees and effective judicial protection.

Days before the 11th anniversary of the attack on the AMIA center, then-President Néstor Kirchner signed a government decree acknowledging state responsibility or failing to clarify or prevent the terrorist attack.

Thousands of small businesses with emergency COVID loans lose $10,000 or more as they are now deemed ineligible