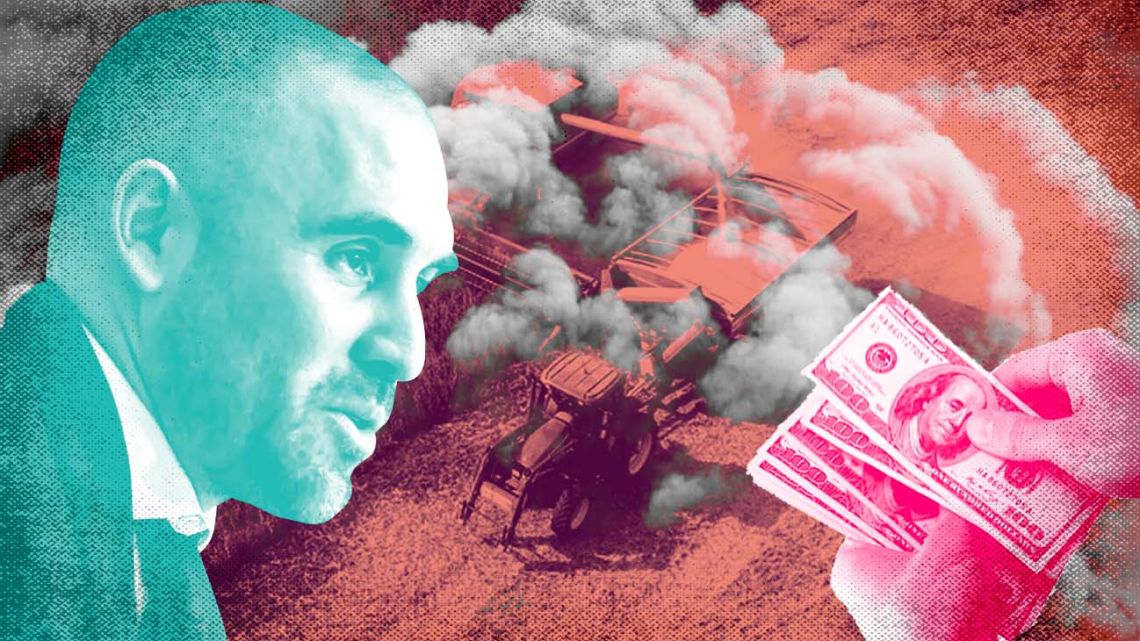 While Argentina’s state has long been accused of seeking to nationalize profits and privatize losses (even though foreign debt is often presented by its critics as a mechanism to do just the opposite), it last week released a confession signed in the form of the proposal for the exceptional taxation of “unforeseen income”. As everyone knows, there is no such thing as “expected income” when it comes to trading profits, which are inherently volatile – you gain some, you lose some. By offering to take advantage of any windfall in commodity prices arising from the war in Ukraine without offering anything to recoup the losses (apart from the accompanying bonus for low-income groups and subsidies for gas bills and household electricity, which are apparently starting to become volatile as well), the government is blatantly applying a “heads I win, tails you lose” logic.

The mere suggestion has produced a largely predictable outburst of sputtering from the opposition and business chambers, most of which is entirely justified but also most likely exaggerated. The last thing Argentina needs is a 166th tax, they argue, overburdening the formal sectors in particular and thus fostering the growth of the underground economy – a tax burden that has nearly doubled in nearly two decades of Kirchnerism and is well above the regional average. The diversion of profits to state coffers conspires against investment and therefore job creation, is it further argued (not that investment seems to increase much every time the state eases pressure, may -be because a populist return sooner or later is feared, not without reason).

Yet not only could comments be premature before any definition of this nebulous tax when more specific criticisms can be added to general objections – the opposition and corporate critics could be slightly off target in misinterpreting a political coup as a economic policy. To assume that Martín Guzmán thinks along entirely economic lines as a highly qualified economist with the title of Minister of Economy would be entirely logical, but this could be the exception that proves the rule.

What Presidents Alberto Fernández and Guzmán told us at Monday’s press conference was that the government was rushing to help the poor (in the form of an 18,000 peso bonus over two months to informal workers , the lowest categories of self-employed and domestic workers, as well as a one-time payment of 12,000 pesos for retirees with less than twice the minimum pension, a package totaling 200 billion pesos and reaching 13 million people) by watering the rich with the exceptional taxation to come.

But in fact the government already had the money for this bonus thanks to the more brutally effective inflation tax. The primary fiscal deficit of 0.25% of gross domestic product posted for the first quarter of this year was well above the level allowed by the International Monetary Fund (IMF) thanks to the cushion provided by real-time tax collection while paying salaries, pensions, etc. at the end of months or quarters (thus government revenues increased by almost 59% last year against inflation of 50.9% in 2021) – the worse the inflation, the better for the government in these terms. Look who talks about “unexpected income”.

In this context, what would have been the most politically intelligent way to present the bonus last Monday? To tell the truth: “Thanks to inflation which has made life impossible for the poor in particular, we have raised extra money and can really afford this temporary handout to millions of people to keep them barely alive. above the poverty line for now without violating IMF parameters”? Or what they actually said along the lines of Robin Hood, which is to save the poor by crushing the rich (outside the public sector, of course)? For Guzmán, at least this line had the added benefit of earning brownie points among Vice President Cristina Fernández de Kirchner’s supporters in the Frente de Todos infighting by standing in front of the dollar millionaires in this way. and peso billionaires.

Those who see no political smokescreen behind this decision, but simply another indiscriminate attack on the private sector, should still wait for both a clearer picture and the final outcome of this exceptional tax proposal. The main fallout from the war in Ukraine obviously benefited the agricultural sector, but the government did not want to specify this in order to avoid more aggro with agro – instead Guzmán specified a flat rate of a billion pesos in profits, which makes it look a lot more like a disguised revival of last year’s wealth tax. At the top of companies, a billion pesos could well be a normal margin rather than a bargain, while some companies could see their profits soar by several hundred percent without approaching 10 figures. In any case, when and if this levy takes shape, it is unlikely to advance much further in a both hostile and dysfunctional Congress.

There isn’t much room left in a column that has yet to live up to its slug in linking the present to the past – one of the main reasons for this is that no previous instance of exceptional taxation refreshes the memory among all the multiple levies of this country. But in the rest of the world, I have memories of exceptional taxation dating back almost half a century to the aftermath of the OPEC oil crisis of 1973-1974 – the Crude Oil Windfall Profit Tax Act of 1980 at the end of the Jimmy Carter administration in the United States, while Britain’s Tony Blair got on track with his exceptional taxation (so called) of recently privatized public companies in his first year in office in 1997.

Taxing windfall profits has thus been commonplace for some time in the developed world, at least under centre-left governments, whereas currently the IMF’s spring meeting in Washington explicitly suggests a tax hike. corporate taxation to capture ‘excess profits’ to counter the ravages of the pandemic and war. It would therefore be wrong for any Argentine exceptionalism to lump it together with export duties as a new outrage almost unique to that country. Which doesn’t make yet another tax a good thing.