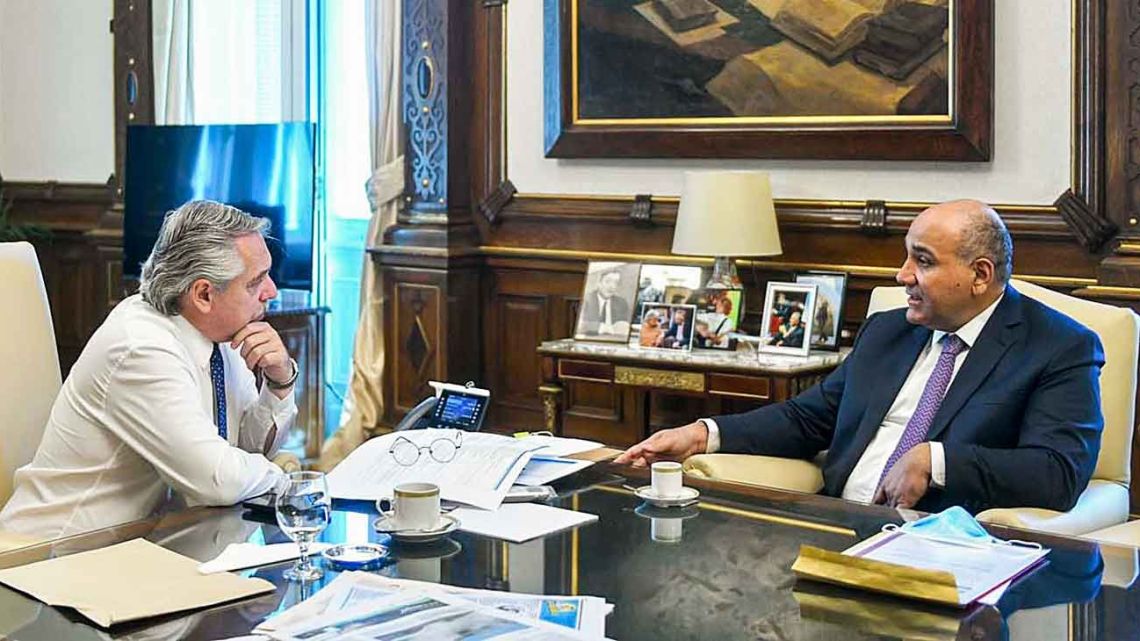 Surely before the end of the summer, barring political imponderables, the Argentine government will once again change the role of the chief of staff, where Juan Manzur has only been in charge for four months.

Officially, the reports have been denied and denial is almost inevitable. But sources very close to the governor of the province of Tucumán, currently on leave, have admitted in confidence that his departure from office is inexorable.

This is one of the rare points of agreement between President Alberto Fernández and his chief of staff: neither of them is satisfied with the role of the leader of Tucumán. For different reasons, of course.

The president and his closest advisers believe that, in a way, Manzur tried to “take over” the leadership of the government after the electoral blow of the PASO primaries. In any case, it would be an original sin. Manzur was installed in the Casa Rosada after this defeat and, above all, in the midst of the worst internal crisis experienced by the ruling coalition, triggered by the public statements of Cristina Fernández de Kirchner and the resignations of the bishops of her cabinet.

The displacement of his predecessor, (now Minister of Foreign Affairs) Santiago Cafiero, had been a growing demand in almost all sectors of the Frente de Todos that are not registered in what one could symbolically call ‘albertism.’

Manzur’s arrival was followed by a staging hyperactivity in decision-making, especially on his part. The official concept was that the government reacted because it had heard the message of the voters at the ballot box. The opposition called it the ‘Map of Platita‘, thanks to a misunderstanding of the former Minister of Health of the province of Buenos Aires, Daniel Gollan.

And so, Manzur started calling Cabinet meetings at 7 or 8 a.m., a prohibitive hour for albertism. The Tucumán leader’s workday was hectic with meetings, events, trips and hearings. With careful advertising.

The maelstrom included a trip to New York and Washington in mid-October, in negotiations with the International Monetary Fund and Argentina’s multi-billion dollar debt, via non-commercial aircraft.

The president and his entourage were not amused by this fast and encompassing style. Not only because they considered it artificial, but also because it could imply that there had been slowness, delays or inaction before. “It’s just the way Juancito is,” they explained derisively.

But what was least appreciated, particularly by Fernández, was that Manzur informally let slip his expectations of running for president in the future.

The good times were brief. The gale from Manzur lasted as long as a breeze from Tucuman to Siesta weather in summer. Soon officials closest to the President began to shun him, they canceled his Cabinet meetings (which eventually ceased) and his public appearances thinned out.

The president, of course, led this kind of boycott. This became more evident after the defeat in the midterm legislative elections. Alberto felt strengthened despite the result, which he celebrated as if he had won.

It was a turning point and the contempt for Manzur has grown ever since. As tensions escalated, there were spikes, such as when Tucumán’s leader did not accompany the presidential trip to Rome and Glasgow (for now he is also not expected to travel to Moscow and in Beijing).

It even emerged, through unofficial channels, that members of the government cast were and still are frequent visitors to Chancellor Cafiero’s office, which has become a virtual, parallel Cabinet office.

Apart from his trip to the United States to accompany Economy Minister Martín Guzmán, Manzur has had little involvement in the most pressing issue facing the government: talks with the IMF.

Manzur does not eat glass. He is too uncomfortable with this non-place where he has been for weeks. He has tried to clarify this with the president, who denies any animosity towards him, although the facts show otherwise.

The last of them happened a few days ago. The Head of State launched last Tuesday (January 18) a public-private renewable energy cluster in the province of San Juan, with the host, Sergio Uñac, and the governors of the other five provinces (Río Negro, Neuquén , Mendoza, Catamarca and La Rioja). Guzmán, Productive Development Minister Matías Kulfas, Interior Minister Eduardo ‘Wado’ De Pedro and Energy Secretary Darío Martínez all traveled with him. Manzur, who was to be the central bridge with the governors, was not invited.

That is why he decided to return to Tucumán, in an unhurried departure agreed with Alberto F, scheduled for February or March, depending on the timing of negotiations with the Fund. There is also a personal component to delay. Manzur also wants to give the Head of State time to prepare his replacement.

Interestingly, Manzur’s return as governor may not go smoothly. Osvaldo Jaldo, his deputy in charge of the provincial executive, is his intimate enemy and the truce they established to allow his arrival in Buenos Aires could explode. Perhaps this latent conflict will slow Manzur’s departure more than the president himself.