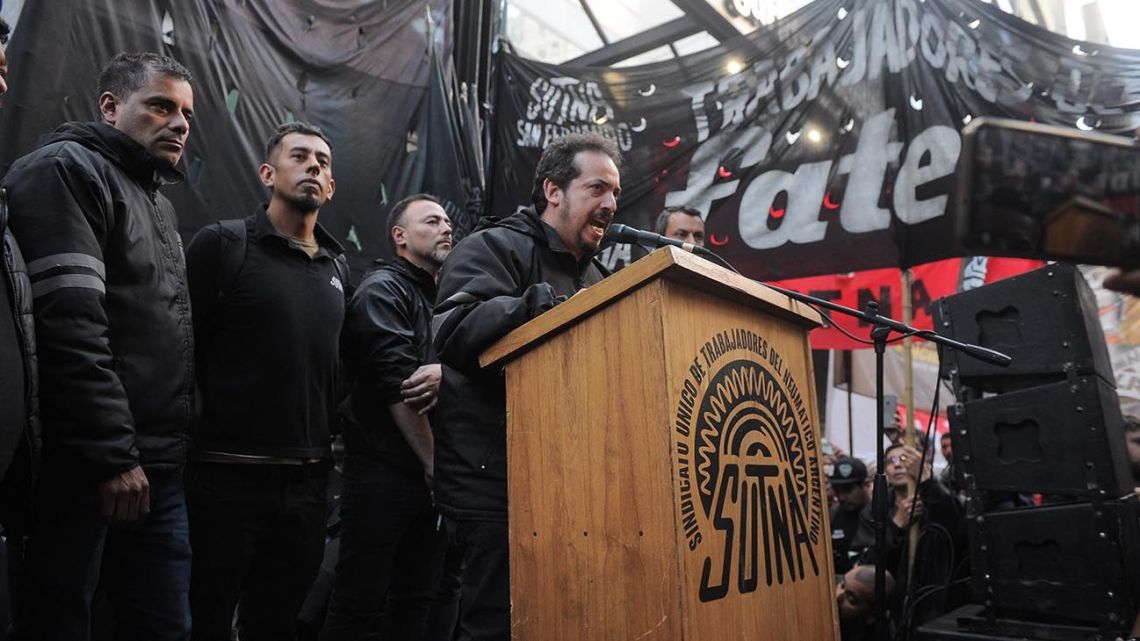 A workers’ strike demanding higher wages has led to a complete shutdown of tire production and activity at two major car factories in Argentina, government and union sources confirmed on Monday.

“The strike affects the entire automotive chain,” said Secretary of State for Industry, José de Mendiguren, to the television news channel A24.

The strike is led by 5,600 employees of major tire manufacturers, including market leader Bridgestone, multinational Pirelli and local firm FATE, in a labor dispute that has spread to “Toyota and Ford factories because they lack of the stock they need”. “said De Mendiguren.

Labor Ministry officials met with representatives of the relevant union and chamber of commerce on Monday, although talks remained stalled. A new round of negotiations has been called by the government for Wednesday.

The pay dispute involving the union Sindicato Único de Trabajadores del Neumático (SUBNA) has been going on for more than 100 days without an agreement, but the situation has worsened since the weekend when work in factories was paralyzed.

Pirelli announced it was stopping production on Sunday. A company source confirmed to the TN news channel on Sunday that Pirelli had “stopped the whole operation” until the blockade imposed by the tire manufacturers’ union SUTNA was lifted.

“We have halted the entire operation and shut down the plant’s boilers until the union blockade is lifted,” the company later confirmed in a statement.

National producer Fate confirmed its production shutdown on Saturday and brought in Japanese multinational Bridgestone on Friday, which declared a “temporary” closure of its operations in Argentina.

“Employers are in effect trying to force the closure of the 2021-2022 wage negotiations, ignoring workers’ demands and offering a paltry 38% increase as government projections for inflation hit 100% for that period,” the official said. SUBNA union. in a report.

Consumer prices rose 56.4% through August in Argentina this year. The most recent Central Bank survey of market expectations predicts a final rate of over 90% this year.

De Mendiguren criticized the scale of the union protest, indicating that “of the 265 employees in the industry [in Argentina]the tire industry has the 19th highest average salary.”

He said the paralysis affected 127,000 direct and indirect jobs in the national auto chain.

The secretary added that vehicle exports have increased by 70% this year compared to 2019 data, before the coronavirus pandemic.

Economic activity racked up a 6.4% increase and unemployment fell from 9.6% to 6.9% year-on-year in the first half of the year, according to data released by the national statistics office INDEC. .

Argentina’s auto industry grew 69% in 2021 compared to 2020, when the pandemic nearly brought it to a standstill. Production last year reached some 430,000 units.